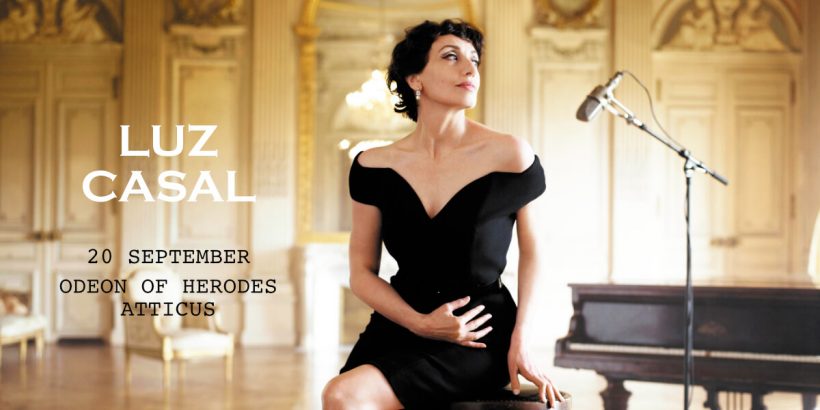 Where: Odeon of Herodes Atticus
When: 20 September 2018
Why Go: A night capturing passion, love and life

Spanish pop singer Luz Casal will perform many of her greatest hits at the Odeon of Herodes Atticus in Athens, for a magical evening beneath the shadow of the Acropolis.

Accompanied by an orchestra of soloists, Casal will sing her popular songs including “Piensa en mi” and “Un ano de amor” from the famous film “High Heels” along with rock ballads from the late French songstress Dalida.

LUZ CASAL at the Odeon of Herodes Atticus