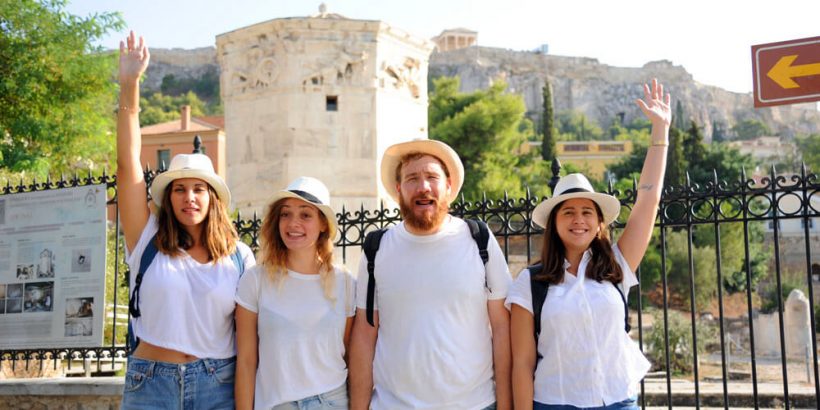 The great writers of antiquity come to life at various archaeological sites and monuments around Athens as young talented actors from the Delos Acting School perform from famous ancient texts including, Homer, Plato and Aristotle in an event titled the Stones Speak.

Highlights of classical Greek literature include:

Aristophanes (445 BC – 386 BC) is considered the “father of comedy”. He uniquely combined modern political satire with allegory and fantasy. After the defeat of Athens in the Peloponnesian War, the women of the city, led by the ingenious Praxagora, dress as men, penetrate into the Popular Assembly and take over the government.

Thucydides (460 BC – 400 BC) was an Athenian historian and General, the father of history as a science. In the second book of the History of the Peloponnesian War, he inserted Pericles’ ‘Funeral Oration’, delivered in honour of the dead of the first year of the War (431 BC – 404 BC), which ended with the destruction of Athens. The Funeral Oration praises the political, economic, social, military and intellectual achievements of the Athenian State, which was the cradle of democracy. 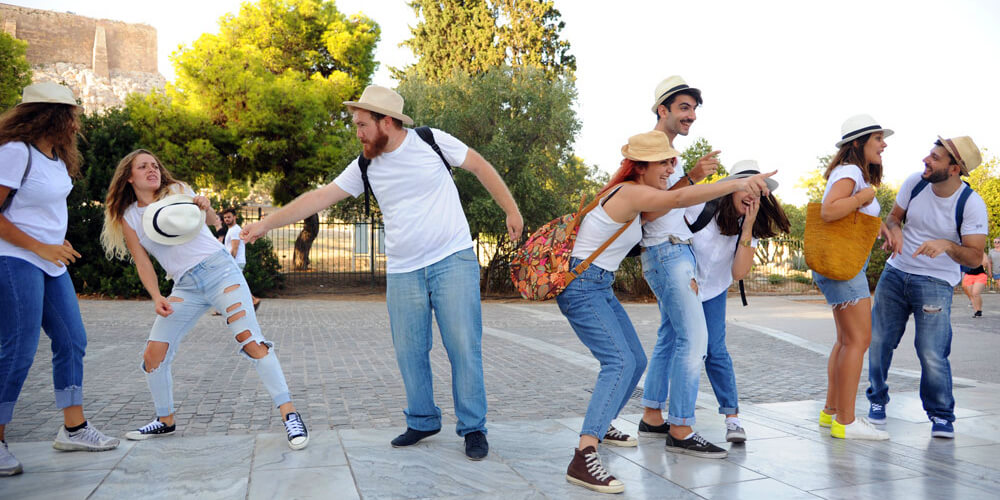 The Delos Acting School performing on the streets of Athens.

Aristotle (384 BC – 322 BC), a famous philosopher and founder of logic, examines the practice of rhetoric, which he defines as the art of persuasion. At the time of Athens’ political and cultural acme, rhetoric reached unprecedented heights thanks to the democratic institutions that gave free citizens the opportunity to discuss all matters of the polis in the Popular Assembly, the Parliament and the Courts.

Homer’s Odyssey (8th century BC) narrates the adventurous return of Odysseus to his homeland, Ithaca, after the end of the Trojan War. The unsurpassed heroic epic of antiquity can be seen as a masterful allegory for the travel of man through the torturous paths of life. Rhapsody 9 explores Odysseus’ visit to the island of the Cyclops, with one-eyed, man-eating giants. 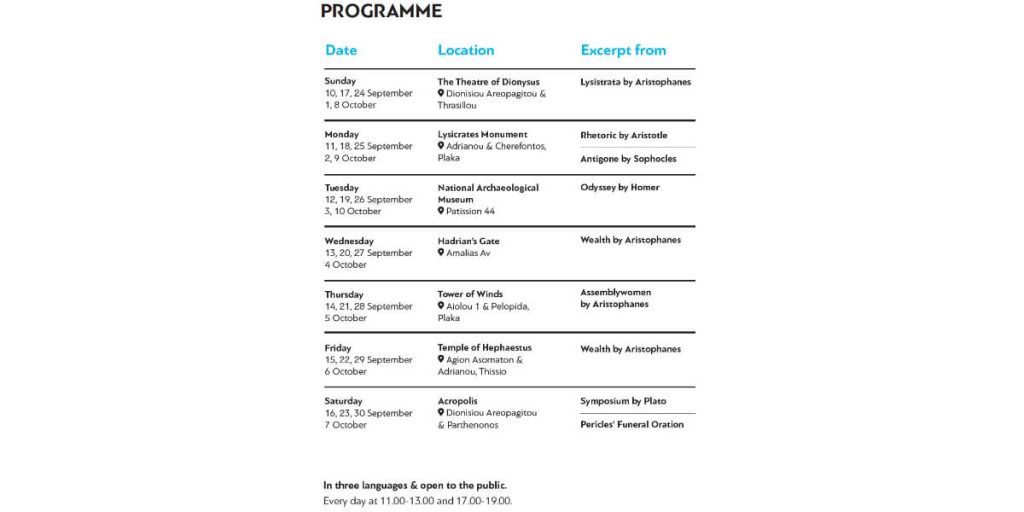