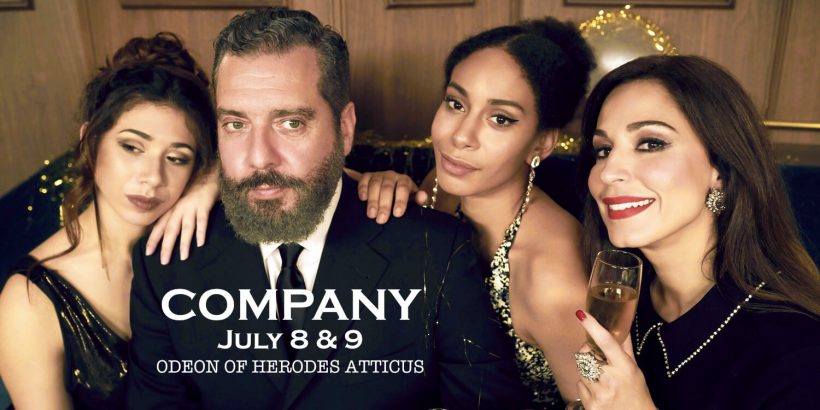 Where: Odeon of Herodes Atticus
When: 8 & 9 July 2018
Why Go: See this Broadway smash hit at the iconic Odeon

After a string of hit musicals, (Kiss me Kate, West Side Story and Sweeney Todd), Armonia Atenea – The Friends of Music Orchestra returns to the Athens and Epidaurus Festival with Stephen Sondheim’s musical Company, presented in Greece for the very first time.

‘Company’, made its Broadway debut in 1970 and received six Tony Awards, including those for Best Musical, Best Score, Best Book of a Musical and Best Lyrics, five Drama Desk Awards and one Theatre World Award. The main character is Bobby, a single man who has a hard time committing to a relationship. Bobby’s friends, five (seemingly happily) married couples decide to throw him a surprise birthday party. Through flashbacks and a number of hilarious and moving vignettes, Sondheim creates a provocative – and unusual by the standards of musical theatre –  work on romantic/sexual relationships. 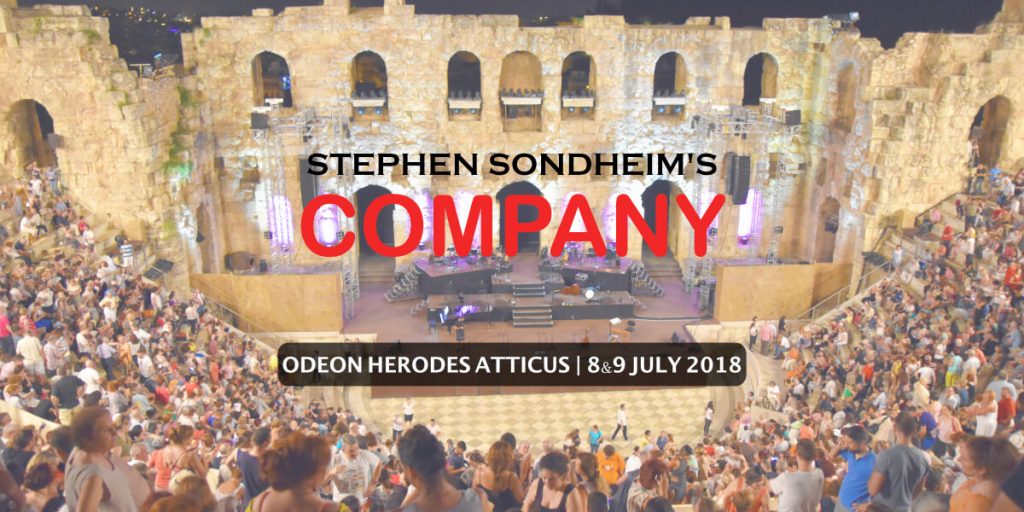 Sondheim’s brilliant score and an orchestration impressive even by Broadway standards complete the picture. The music is a wink to Broadway clichés, underlining the musical’s brilliant dramaturgy. The performance will be directed by George Petrou, director of Armonia Atenea and a 2018 Grammy Nominee for Best Opera Recording for Handel’s Ottone, performed with the Il Pomo d’Oro Orchestra.