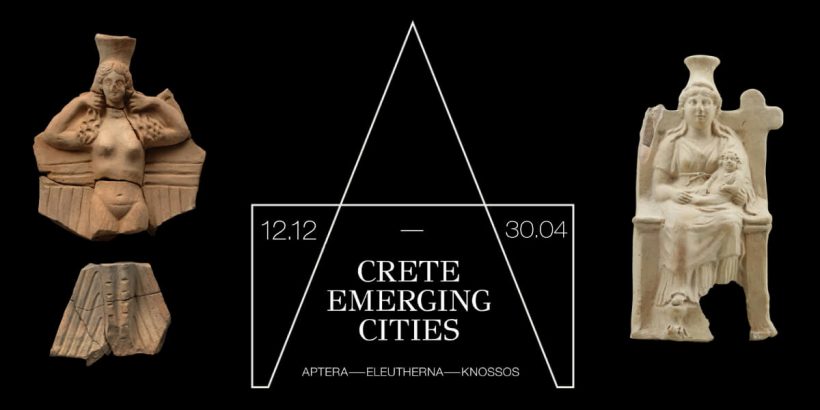 Where: Museum of Cycladic Art, Athens
When: On now until 30 April 2019
Why Go: See new artefacts from ancient Cretan cities

Crete – Emerging Cities: Aptera, Eleutherna and Knossos is the latest exhibition presented at the Museum of Cycladic Art in Athens.

The exhibition outlines the life of three Cretan cities, Aptera, Eleutherna, and Knossos, from their founding and development, to their abandonment and rediscovery, through recent archaeological investigation and excavation. 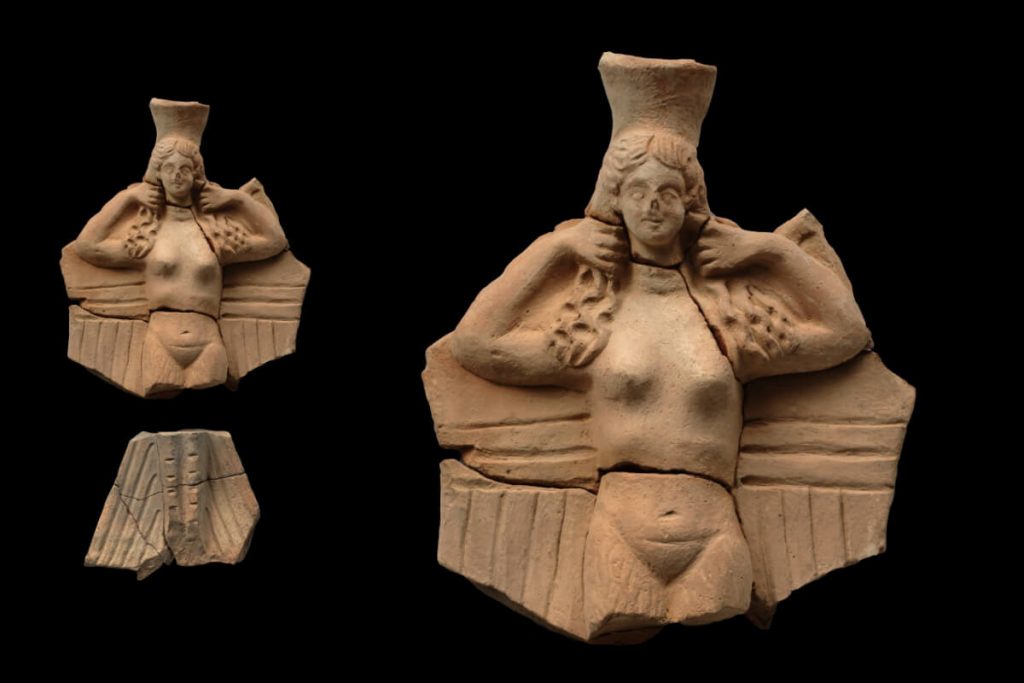 Clay vessel in the form of a Siren. 2nd − 1st c. BC, Aptera. ©MCS/Ephorate of Antiquities of Chania

Approximately 500 artefacts dating from the Neolithic (7th-6th millennium BC) to the Byzantine period (8th century AD), some newly discovered, others from old excavations, most of them never presented to the public before: statues, reliefs, figurines, inscriptions, vases, weapons, jewellery, coins, and other artefacts of various materials—limestone, marble, clay, metal (bronze, iron, silver, and gold), faience, glass, ivory, and semi-precious stones. This is the first time that so many artefacts leave the storerooms of the Antiquities Ephorates and display cases of the museums of Crete for this temporary exhibition in Athens.

Antiquities from each one of the three cities speak of its territory, public and private life, religious beliefs, sanctuaries, and cemeteries, fragments of its historical continuum. A special place is given to artefacts relating to each city’s founding myths and also to personal stories: Soterios from Eleutherna who live and died at Aptera, the young man of Eleutherna who died before knowing love, and the child buried with their toys at Knossos. 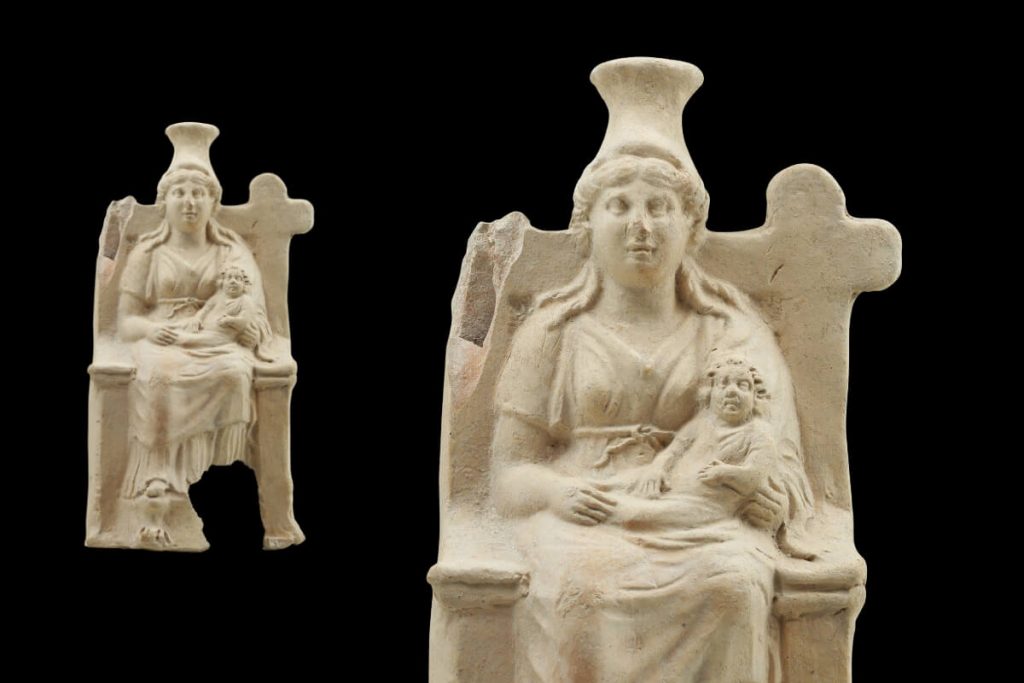 Terracotta figurine of Isis enthroned with child. 31 BC – AD 324, Knossos. © MCS/Ephorate of Antiquities of Herakleion

As Professor Nikos Stampolidis, Director of the Museum of Cycladic Art, states:

“This exhibition is about cities that no longer exist, erased from memory, save perhaps for their name, which persists, often corrupted. Cities that died and were forgotten but later retrieved from oblivion, from the mists of myth and history, by people who remembered, who searched for them, fuelled by their love for and interest in the past, or for a variety of other reasons: cartographers, tourists, antiquarians, naturalists—Renaissance men. Cities re-discovered, brought to life again in the hands of archaeologists, diggers, technicians, and students, in the hands of all those who assist morally and practically in this discovery: the state services, foundations, organizations, private individuals. Cities reborn, revived, and populated by new citizens, the modern visitor.” 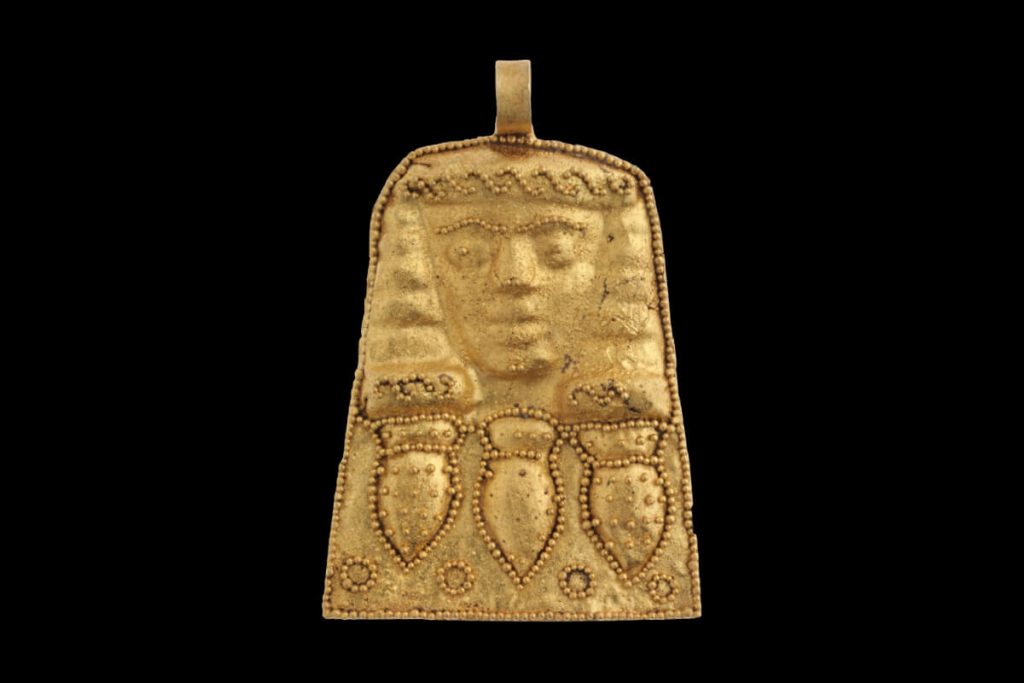 Gold pendant. Before the mid-7th c. BC, Eleutherna. © University of Crete/Research Center, Museum of ancient Eleftherna

The exhibition also showcases Renaissance books and maps, including the Vincenzo Maria Coronelli’s map of Crete (1707) with its famous fruit garland inscribed with the names of the 100 Cretan cities mentioned by Homer, including Aptera, Eleutherna and Knossos.

This rare presentation concludes with a surprise: two bull’s heads hovering over the sea that surrounds Crete, one Minoan, the other by Picasso—a prelude to the Museum’s upcoming exhibition entitled ‘Picasso and Antiquity. Line and clay’, scheduled to open in June 2019.

The exhibition is realised with the support of the Region of Crete.

Co-organised by The Museum of Cycladic Art and the Regional Services of the Hellenic Ministry of Culture and Sports (Archaeological Ephorates of Chania, Rethymno, and Herakleion).

In collaboration with the Archaeological Museum of Herakleion, the Archaeological Museum of Rethymno, the University of Crete – Museum of Ancient Eleutherna Study Centre, and the British School at Athens – Knossos Stratigraphic Museum, with the participation of the American School of Classical Studies at Athens – Gennadeios Library, the Sylvia Ioannou Foundation, and the Benaki Museum, who contributed Renaissance maps and books.

The Museum is closed on the following days: