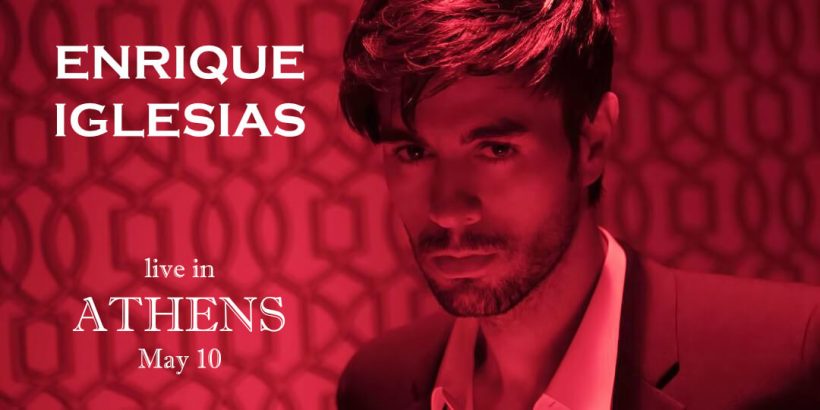 Where: Olympic Athletic Centre, Athens (OACA)
When: 10 May 2018
Why Go: For an unforgettable concert by a Euro superstar

The king of Latin Pop, Enrique Iglesias comes to light up the stage for his first concert in Athens in 8 years as part of his European tour.

As a legendary performer, this Latino superstar has sung in sold out arenas around the world and will now visit Athens in his latest tour. His concerts are renowned for their high energy and visual effects.

The music video to his recent smash hit single Subeme La Radio (2017) was filmed in Cuba in the centre of Old Havana, showcasing the liveliness and spirit of the Cuban people, whilst the central love story between Iglesias and a Cuban woman unfolds.

Iglesias began his career in the mid-1990s and has since sold over 170 million records (albums and singles combined) worldwide, making him one of the best-selling Spanish artists ever.

FOR ONE NIGHT ONLY! Be quick, tickets are expected to sell out fast.

Why Athens Tip: Pre-book your taxi to and from the venue to avoid congested public transport and taxi line-ups. FLAT FEE of 50 Euro return from Central Athens. Booking details available here.