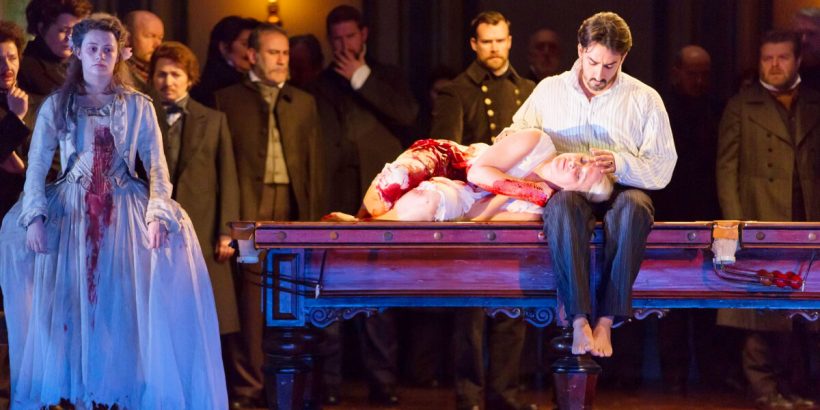 One of the masterpieces of the romantic Bel Canto period, Gaetano Donizetti’s Lucia di Lammermoor returns to the Greek National Opera, in a co-production with the London Royal Opera House of Covent Garden.

The famous British director Katie Mitchell endeavors to penetrate the world of 19th century women and view the plot from the perspective of the main heroine. As a counterpoint to the dark male-dominated world of the north imagined by Sir Walter Scott, Mitchell brings the female viewpoint to the fore and places the work in the overall context of literature from that time, in the style of works such as those by the Brontë Sisters.

In Lucia, the stage is separated in two parts, as Mitchell suggests two parallel narratives: on the one side the audience watches all that is described in the opera’s libretto and on the other side light is shed on the events that take place in parallel, events which fill in the blanks of the narrative and reveal the work’s feminine aspect.

The wonderful sets and costumes, distinguished by their high aesthetic quality and rare detail, were designed by the exceptional British set designer Vicki Mortimer.

The lead role, which is vocally demanding, will be performed by the acclaimed Greek sopranos Christina Poulitsi and Vasiliki Karagianni. The production will be conducted by Pierre Dumoussaud.

Why Athens Tip: The performance of Lucia di Lammermoor will feature subtitles in both English and Greek.