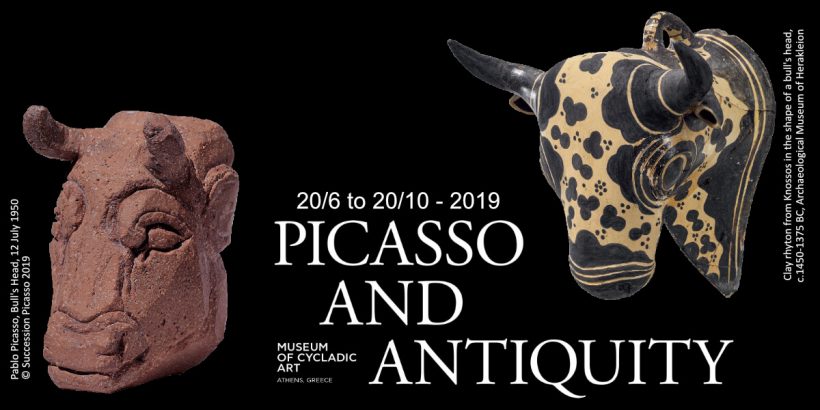 Where: Museum of Cycladic Art
When: On now until 20 October 2019
Why Go: See how ancient Greece influenced the work of Picasso

The Museum of Cycladic Art in Athens presents its major exhibition, Picasso and Antiquity – Line and Clay. 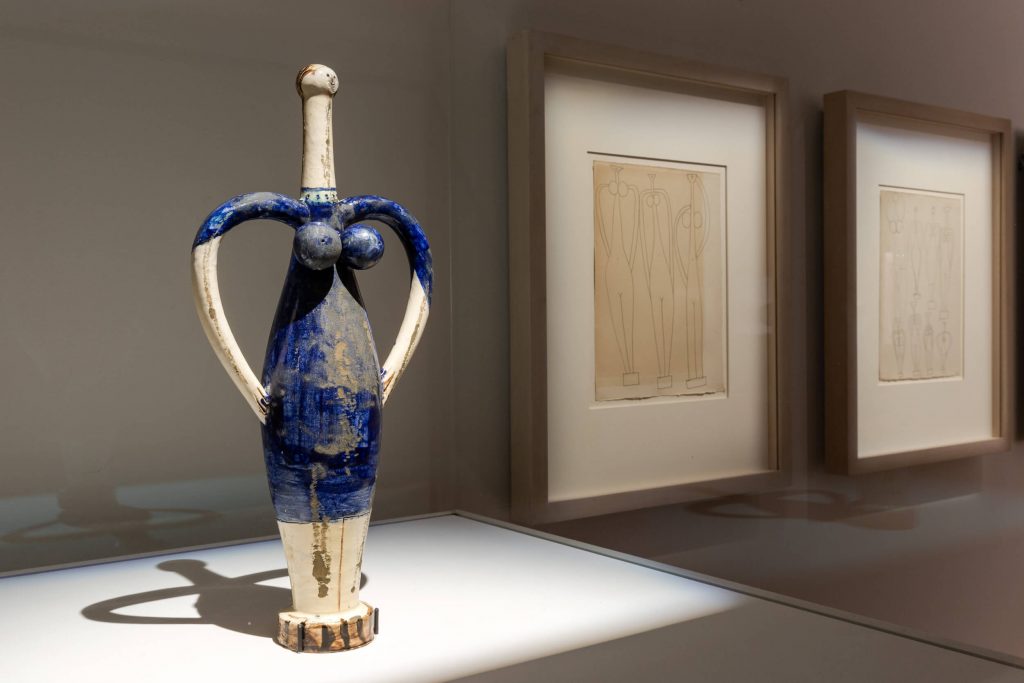 For the first time, 68 rare ceramics and Picasso drawings with birds, quadrupeds and marine creatures, human figures, mythological or minor beings and other works inspired by ancient tragedies and comedies, talk thematically with 67 antiquities, to create a “Divine Dialogue” between ancient Greek and modern art.

The pictorial works of art and ceramics from Picasso’s artistic creation from the 1920s to the 1960s come from institutions, museums and collections from around the world. Sculptures, ceramics and copper dating back to prehistoric times (ca. 3200 BC the oldest) to the Late Roman period (3rd century AD the newest) and the works of antiquity come from a total of 15 Greek museums and collections. 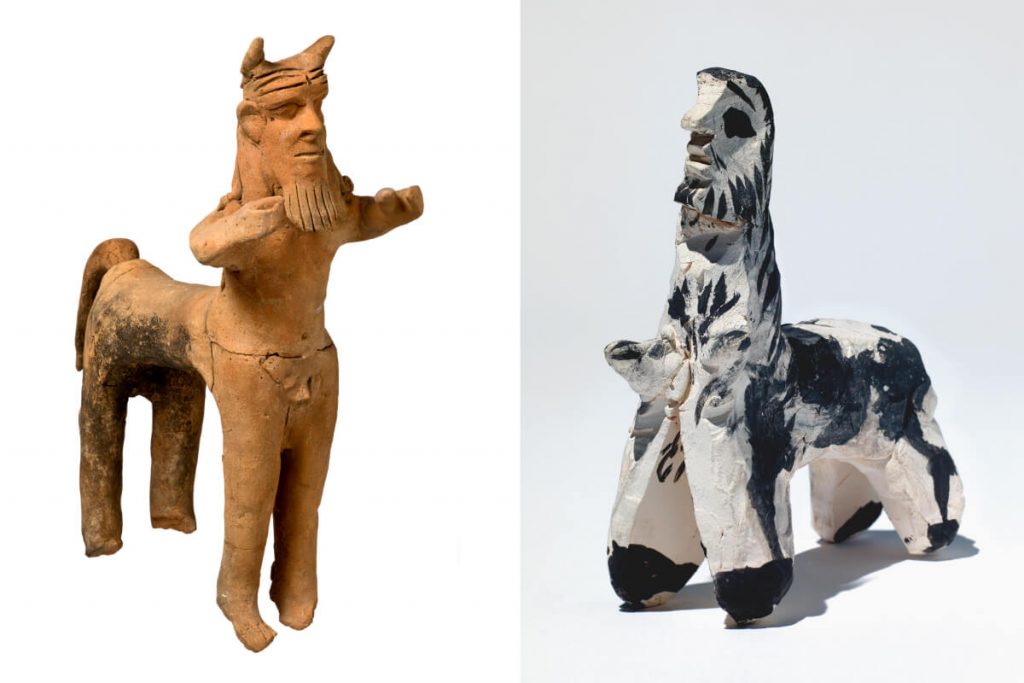 Among the most interesting “pairs” presented in this exhibition are the white clay Centaur (pictured right) with incised and slip-painted decoration, which Picasso created at Vallauris on 3 January 1953, conversing here with a sixth-century BC Cypro-Archaic Centaur. (© Succession Picasso 2019, FABA Photo: Hugard & Vanoverschelde Photography) + (© Department of Antiquities, Cyprus. Photo: Athanasios Athanasiou)

During his long and productive career, Picasso was inspired by a wide variety of sources, which he constantly adapted and worked on. The classical tradition offered the Spanish painter a vocabulary of endless possibilities for manipulation and modification. Ancient Greece, with its mythological history and rich iconography, was among these sources. From the time even when he painted plaster casts of ancient sculptures, Picasso was fascinated by various themes of Greek mythology, issues that distract the trivial or that state of the conflicting impulses of man. Among them, the Minotaur, a Dionysian creature, half man and half animal, emerged as a symbol of the darkest aspects of the human soul and the contemplation of war.

As one of the greatest twentieth-century modern artists, Picasso is famous for his spectacular paintings but less for his drawings, engravings, and pottery. The combination of these mediums closely recalls antiquity, producing works inspired by the Creto-Mycenaean and Greek worlds and the Mediterranean civilizations in general. 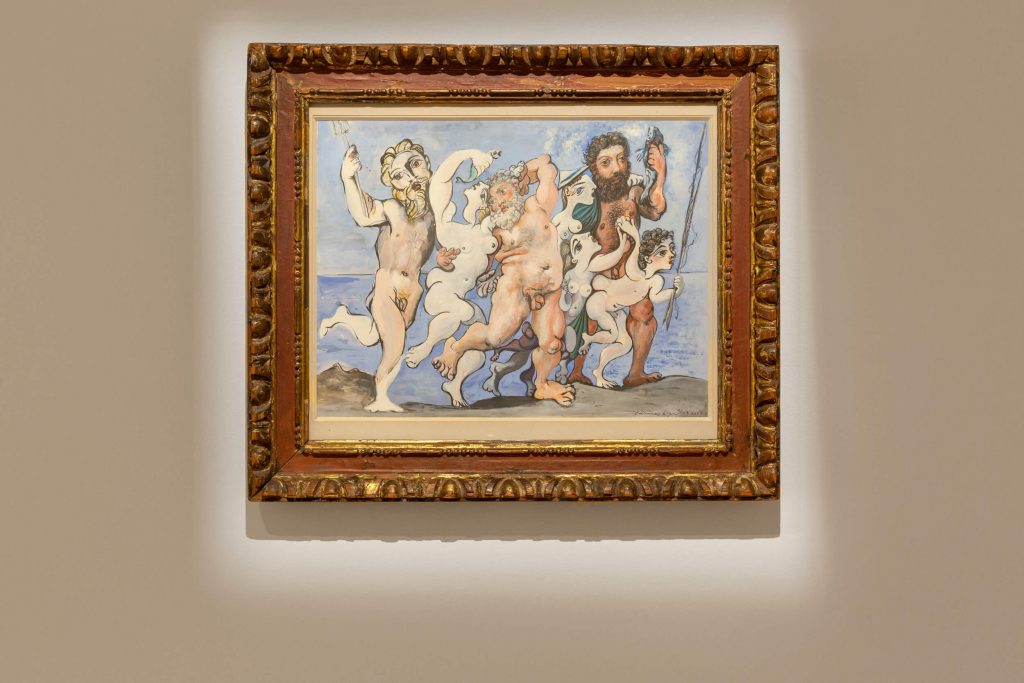 “To me there is no past or future in art. If a work of art cannot live always in the present it must not be considered at all. The art of the [ancient] Greeks, of the Egyptians, of the great painters who lived in other times, is not an art of the past; perhaps it is more alive today than it ever was.” – Pablo Picasso

Museum and exhibition opening hours until 15/9:

Museum and exhibition opening hours from 16/9: