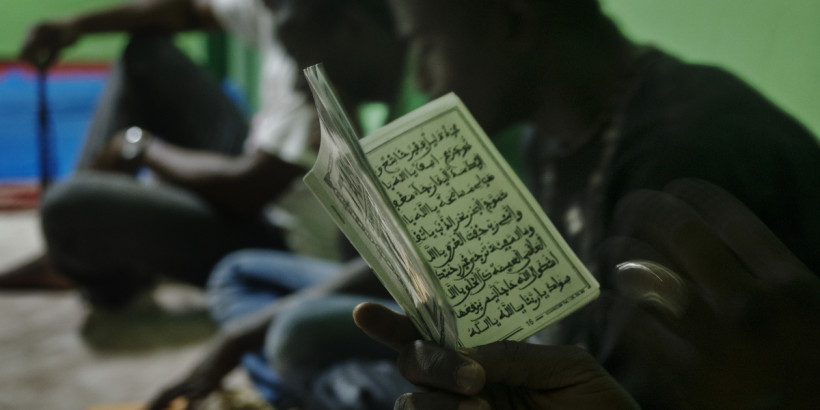 The latest photographic field work of Tassos Vrettos captures an invisible network of worship in and around Athens. Buddhists, Muslims, Hindus and various other religious denominations convert basements, rented flats and garages into makeshift places of prayer and devotion. Presented for the first time at the Pireos St Annexe of the Benaki Museum, this fascinating and poignant exhibition ‘Wor(th)shop’ features 44 places of worship in greater Athens. It is an exhibition of the times that reminds us of the thousands of migrants and refugees who, despite their displacement, continue to uphold their faith. Audio installations have been contributed by composer Mihalis Kalkanis and a book has been published by the Benaki Museum that includes commentary by Greek and foreign historians, anthropologists and philosophers.

The exhibition was inaugurated by the Mayor of Athens, Yorgos Kaminis and is curated by Nadja Argyropoulou and Yorgos Tzirtzilakis.