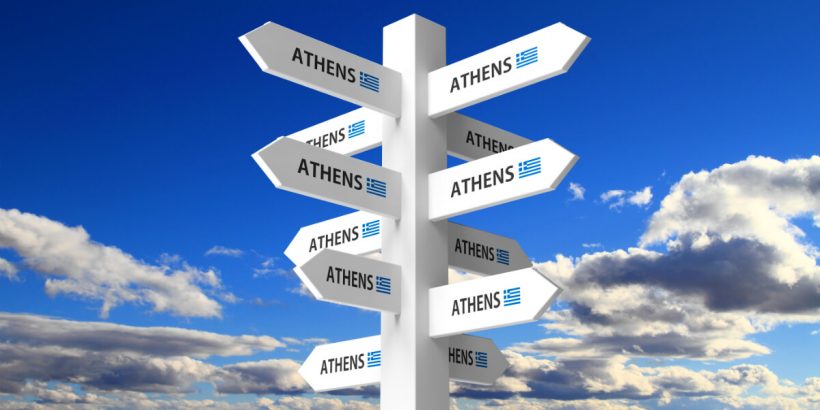 Things to know whilst travelling in Greece

Why Athens Tips: travelling in Greece

Transfers to and from the airport

Athens International Airport, Eleftherios Venizelos is located about 33km (21 miles) and approximately 40 minutes by car from the city centre.

By Taxi
The taxi rank can be found easily outside the arrivals hall however it can get busy depending on the time of day and the choice of vehicle for your trip may not be available. Pre-booking a taxi guarantees the vehicle type and English speaking driver.

Fares
Flat fee of 38 euros to central Athens (including luggage, VAT and road tolls)
Flat fee of 55 euros from midnight to 5am
Learn more about catching taxi’s in Athens here.

You can pre-book a taxi, mini-van or limousine transfer to pick you up at the airport or a ferry port in Athens. Your driver will meet you at your arrival gate or dock. They guarantee a friendly, safe and reliable service to central and downtown Athens.

Transfers from ports while travelling in Greece

The most popular way of getting from the mainland to the islands in Greece is by ferry. They can get extremely busy during the summer months of June, July and August but are known for running on schedule. You can pre-book a taxi to take you to or from the port of Piraeus in Athens.

You will always need to hold cash with you in Athens and you should ensure you can access your money with an ATM card. Many small restaurants and stores do not accept credit cards.

Demonstrations take place regularly around major squares in central Athens, in particular Syntagma Square. You should follow local media and avoid these areas during these times. Road closures are common in Athens and are not always announced in advance. Demonstrations can be called at short notice, but there are certain dates on which demonstrations traditionally occur: 1 May, 17 November, and 6 December.

Shopping hours while travelling in Greece

It is recommended that you check with your hotel concierge desk to confirm opening hours for stores, restaurants and museums as these are known to change particularly in August when many Athenians flee the city for their summer holidays.

Big department stores in the centre of Athens and supermarkets are open Monday through Saturday 9:00am-9:00pm. The same applies for tourist areas. Smaller stores and boutiques around Athens have their own working hours but generally observe the following:

Tuesday, Thursday and Friday 9:00am-2:00pm and re-opening after a siesta at 5:00pm-9:00pm (note most high street stores will stay open throughout the day and not close for the siesta)

Shops and department stores are closed on major public holidays. The majority of coffee shops, bars and restaurants remain open.

Time zone while travelling in Greece

The quality of drinking water in Athens is excellent, although bottled water is widely used by locals and is inexpensive.

The standard in Greece is 220-240V AC (50Hz). All appliances from North America require a transformer and all appliances from Britain require an adaptor. The adapter style is Euro 2 pin (side by side) with or without earthing points.

The majority of American and European newspapers and magazines arrive in Athens on a daily basis and are available at central news stands or “periptera” throughout Athens.

If you are a non-EU resident, you will be entitled to a VAT refund which you can arrange to collect at the airport prior to checking in your baggage. (Greece must be your last point of departure within Europe otherwise you can claim back the Greek VAT at your last point of European departure).

Some restaurant bill’s will include a service charge. Tipping is not obligatory in Greece but it would be appreciated to leave 5 – 10 per cent on top. Taxi fares should be rounded up by a euro or more for great service (Note the taxi driver will usually do this for you!).

Survival skills while travelling in Greece

Athens is one of the safer cities in Europe but as with all major destinations, pickpockets do exist and you should exercise appropriate caution. With the economic crisis, the last five years has seen homelessness more visible in parts of central Athens. It would be best to avoid walking around Omonia, Exarcheia and Metaxourgio at night. 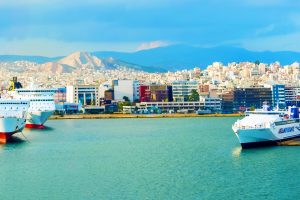 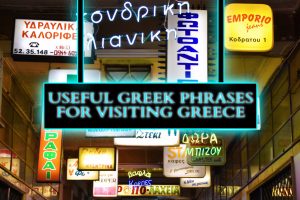