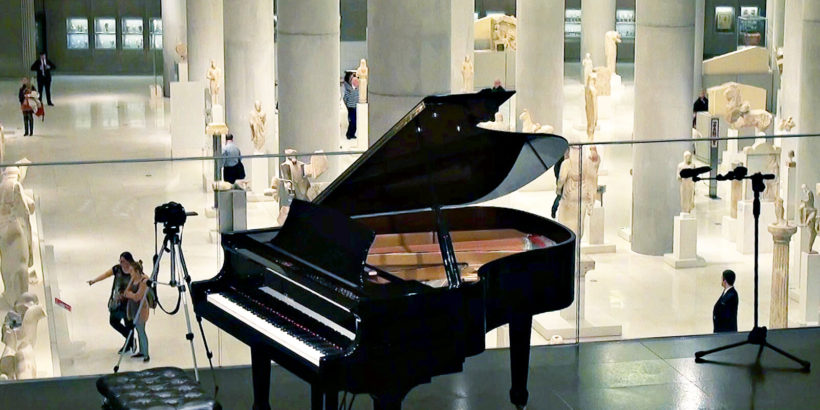 The musical event will take place on the balcony of the second floor that overlooks the Archaic Gallery. Photograph courtesy of the Acropolis Museum
Where: Acropolis Museum
When: 9th December 2016
Why Go: Explore the museum by night with piano accompaniment

The Acropolis Museum welcomes visitors to a special musical evening dedicated to famous composers Chopin, Beethoven, Ruiz del Corral and Debussy. A piano recital performed by distinguished pianist, Sabine Weyer from Luxembourg, who was awarded 1st place at the ‘Grand Prize Virtuoso’ International Competition in 2015. She has performed at other significant venues around the world including, the Royal Albert Hall in London and the Shanghai Concert Hall.

The Museum exhibition areas will remain open until 10:00pm and the restaurant until 12 midnight with a special menu based on classical and traditional recipes, using local produce from regional Greece. Live Christmas jazz nights will also commence at the restaurant.

This musical event is held in collaboration with the Embassy of the Grand Duchy of Luxembourg in Greece.

PIANO RECITAL at the Acropolis Museum