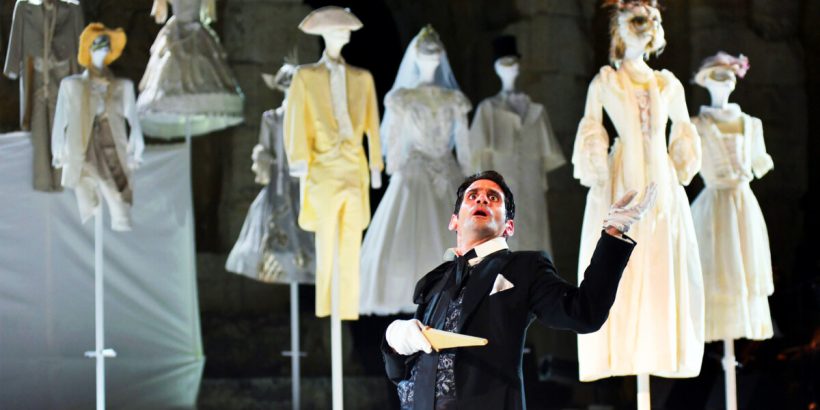 Amyntas at the Odeon Herodes Atticus. Photograph: Evi Fylaktou
Where: Odeon of Herodes Atticus
When: 9 October 2017
Why Go: See a legendary play in a magical setting

Amyntas first premiered at last years Athens and Epidaurus Festival and will be performed again at the Odeon of Herodes Atticus, in loving memory of the late director and scholar, Spyros Evangelatos. 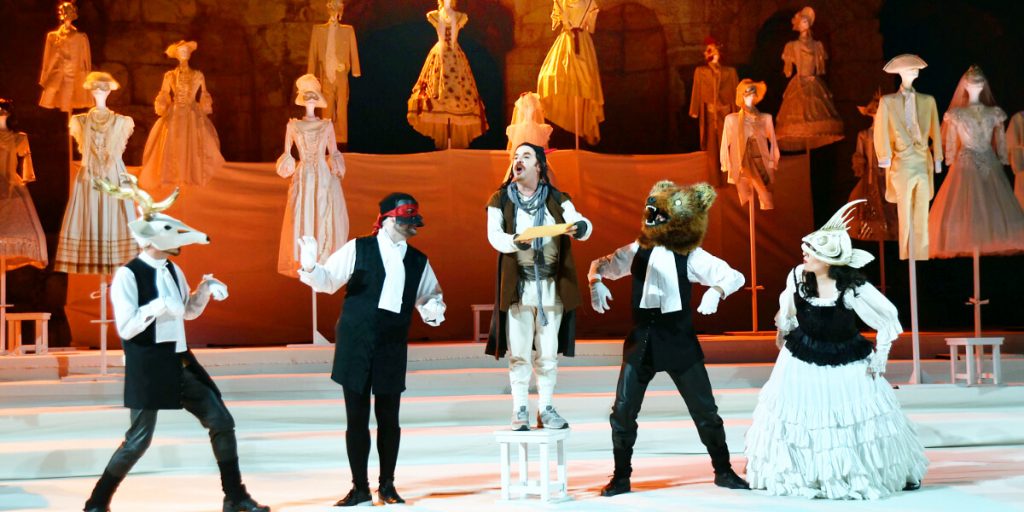 Originally written by Torquato Tasso, Amyntas is set in a forest, full of love-struck shepherds, sheep, virgin Amazons, wild beasts and legendary creatures such as satyrs, dragons and deities of love. Evangelatos used the Greek translation by George Mormoris, which he described as “exuding a freshness and a youthfulness and is noted for its charming humour.” The production seeks to convey a dreamlike sense, moving to and fro between the atmospherics of a benign nightmare and a poetic farce.

AMYNTAS by George Mormoris at the Odeon