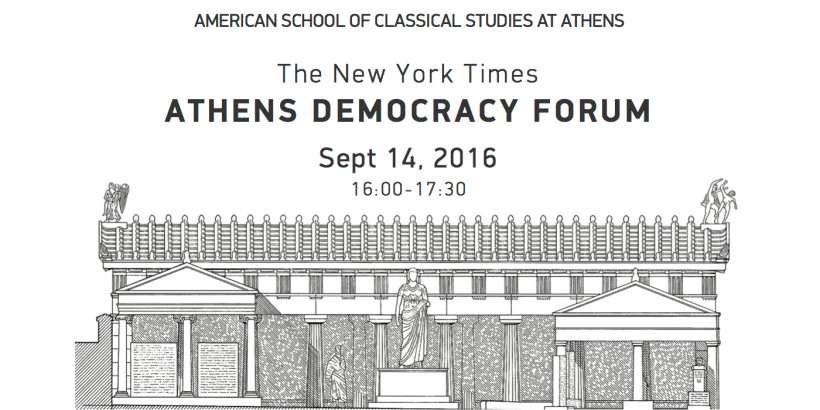 Where: American School of Classical Studies at Athens
When: 14th September 2016
Why Go: To reflect on democracy in ancient times & how if relates to today’s world

As part of the New York Times Athens Democracy Forum, the American School of Classical Studies at Athens will present Ancient Democracy. Religion, Migration, Power and Money, a panel discussion exploring how citizens of ancient Greek city-states dealt with problems that confront democracies around the world today. An illuminating comparison demonstrating the fundamental differences and similarities between the roles of citizens then and now. The discussion will focus on both roles of state institutions and authorities and the importance of individual civic responsibilities of citizens to participate in and take responsibility for the health, wealth and values of their states.

Eleni Tsakopoulos-Kounalakis, Philanthropist and former US Ambassador to Hungary

Michael Zouboulakis, Professor of History and Methodology of Economics. University of Thessaly

Ancient Democracy – a talk at the American School of Classical Studies