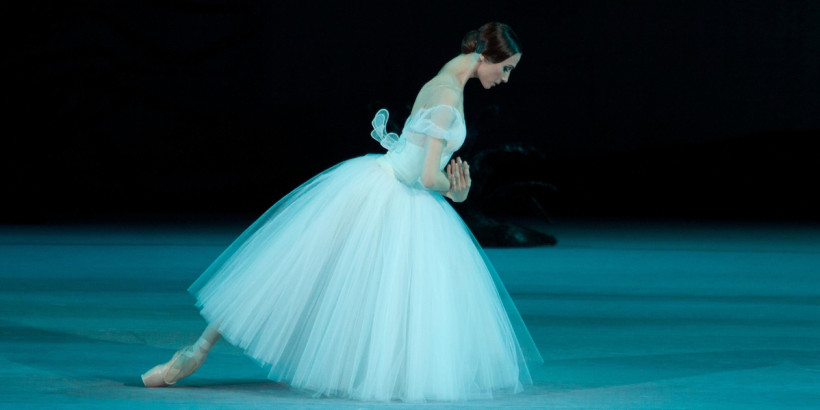 Photograph: Svetlana Sacharova in the lead role of Giselle, courtesy of the Moscow Classical Ballet
Where: Megaron Athens Concert Hall
When: 26-28th December 2015

Since its premiere in 1841, Giselle has captured the imagination and torn at the heart. A village girl falls in love with a man who is not all he seems. When she discovers her lover has betrayed her, she dies of a broken heart. Transformed into a spirit, she battles to save her lover in a wood haunted by the ghosts of jilted women. For the ballerina, it offers a career-making opportunity to show off not just technique but emotional range, as she moves from an innocent girl to a tender, womanly spirit. The acclaimed ‘Prima assoluta ballerina’ of the Bolshoi Ballet Svetlana Sacharova, is certainly up to the task and takes on the lead role of Giselle. Sacharova co-stars with Sergei Polunin. The two have become a famous duet, coveted by La Scala, the Paris Opera, New York Ballet and Tokyo Ballet.