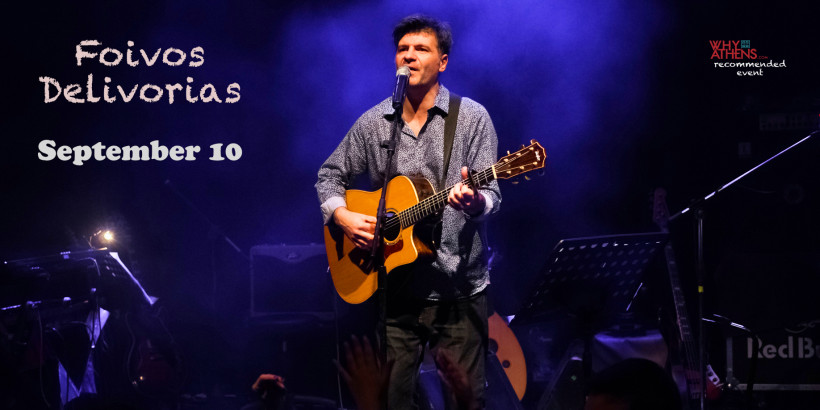 Where: Megaron – Athens Concert Hall
When: 10th September 2016
Why Go: An outdoor performance of a Greek rock sensation

Foivos Delivorias and his band return to the gardens of Megaron for one outdoor performance. Together, they will present songs of Delivorias’ old and new music, accompanied by Sotiris Douvas (drums), Kostis Christodoulou (keyboards), Yoel Soto (bass), Kostas Pantelis (guitars) and Irini Arampatzi (singer).

Foivos Delivorias is a renowned Greek singer-songwriter. He was only 16 years old when his first album “Parelasi” or “Grand Parade” was released in 1989. In 1995 he released his second album titled “I Zoi Mono Etsi Einai Orea”, “Life is Only Nice This Way”. His latest album “Kallithea” was released last year, with strong elements of rock, that is true to his style.

or in person at Germanos stores around Athens