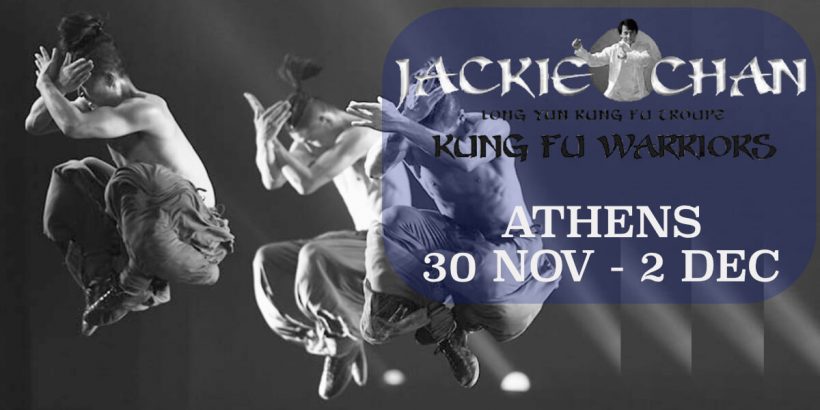 Jackie Chan’s Long Yun Kung Fu Troupe from Beijing comes to Athens for an evening of heart-stopping artistry and athleticism. The 11 members of the Long Yun Troupe were hand-picked by the internationally renowned martial artist, actor, and film director Jackie Chan .

The troupe effortlessly meld elements of kung fu and traditional Chinese dance to create an entirely new art form, presented by 11 warriors that promises to be an unforgettable evening.

The art of Kung Fu strives to achieve perfection both physically and spiritually. Its ancient traditions and philosophies show the grandeur of the Chinese people. Based on the theory that five elements (water, metal, fire, earth and wood) gives life to the universe and where every creature is considered a miniature of the universe.

Guided and inspired by these elements, Chan’s Kung Fu Warriors will present a breathtaking performance accompanied by cinematic video projections, for a truly immersive experience.