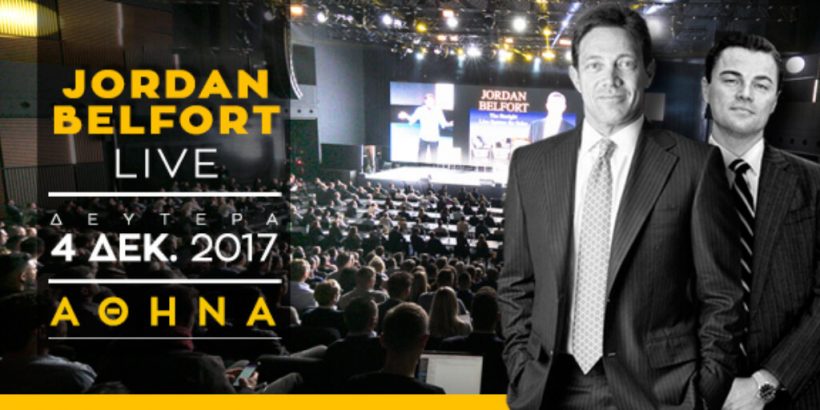 Where: Metropolitan Expo
When: 4 December 2017
Why Go: Hear a motivational talk from Belfort LIVE on stage

Note: The Organisers of this event have cancelled the scheduled performance. Please refer to the organiser or Viva.gr for refund information.

Divided into two thematic sections the first, reveals his unique business and sales technique that he professes and teaches around the world. The final two hours will be devoted to the current Greek economic climate and how to succeed in Greece.

Belfort became a household name following the movie adaptation of his book “The Wolf of Wall Street” in 2013 that starred Leonardo De Caprio.

JORDAN BELFORT live in Athens – The Wolf of Wall Street

For the Taxi driver:

Visitors arriving from the airport:

There is a regular shuttle bus between the airport and Metropolitan Expo found outside of exit 2 in a specially marked area.