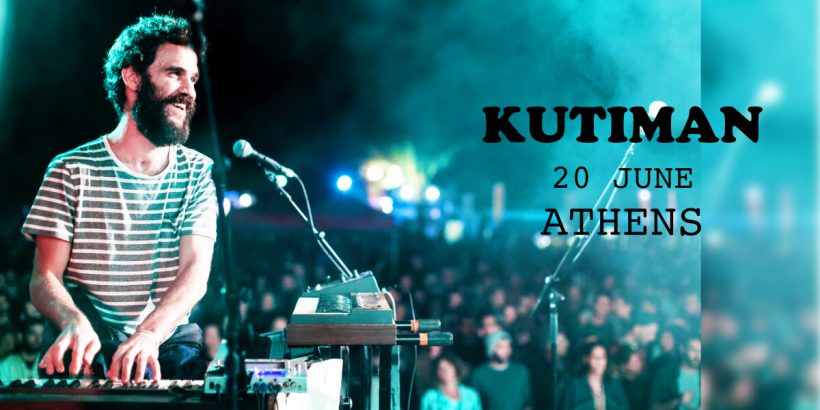 Kutiman is best known for creating the online music video project, ThruYOU, a self-titled album and the viral on-going series “Thru the City”. Jazz lovers can head to Gazarte in Athens for one night only in June to hear the Israeli musician, composer, producer and animator on the venues main stage.

He performs for the first time in Greece to jam with his 8-member band a few days before the release of his third album. Kutiman’s music, is a mix of psychedelic, new age, afrobeat, jazz, refusing to be categorized into a particular genre.