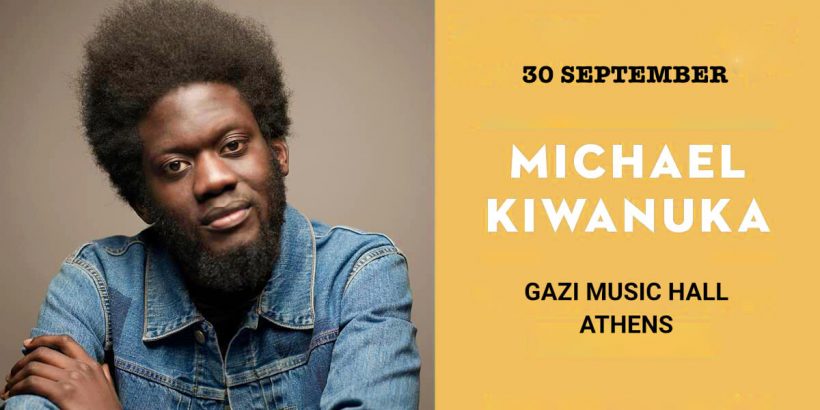 Where: Gazi Music Hall
When: 30 September 2017
Why Go: To see one of the rising stars in soul music LIVE

Fans of British soul singer Michael Kiwanuka will be pleased to know that he will return to Athens in September following his cancelled performance of Day 3 of the ‘Release Athens’ festival earlier this year.

Kiwanuka has already been dubbed the future of soul music, following his second album “Love & Hate” and compared to music heavyweights such as Marvin Gaye, Curtis Mayfield, and Van Morrison. Kiwanuka’s relatively short career started in North London in 2012 with his debut album, “Home Again”, earning him critical acclaim and a worldwide fan base with his soft, sensual and soulful voice. Kiwanuka will perform hit songs including “Love & Hate”, “Black Man in a White World”, “One More Night”, “Cold Little Heart”, “Rule the World”, “Home Again”, “I’ll Get Along”, “Bones”, “I’m Getting Ready” and more.


Pre-sale ticket prices from 28 euros each or 50 euros for two, (for a limited time).

Pre-sale prices will increase to 30 euros for one ticket and 55 for two. Buy online tickets here.

Tickets purchased at the door will be 35 euros