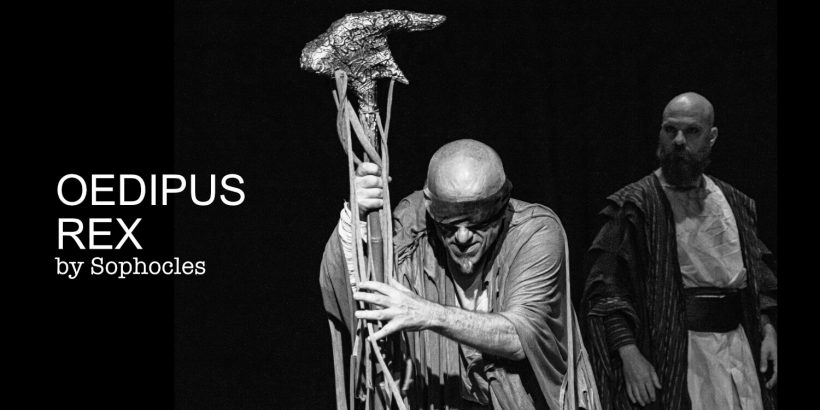 Where: Athinais Theatre Athens
When: TBA
Why Go: See an ancient Athenian tragedy

The archetypal play Oedipus Rex by Sophocles is in its second season in Athens performed by the Fimonoi Theater Group.

Long considered the greatest of Greek tragedies, it has a sympathetic protagonist, a crushing climax, inspirational poetry and a wealth of meaningful themes. The play remains on the shortlist of exceptionally and undeniably great world literary masterpieces and is taught all over the world. 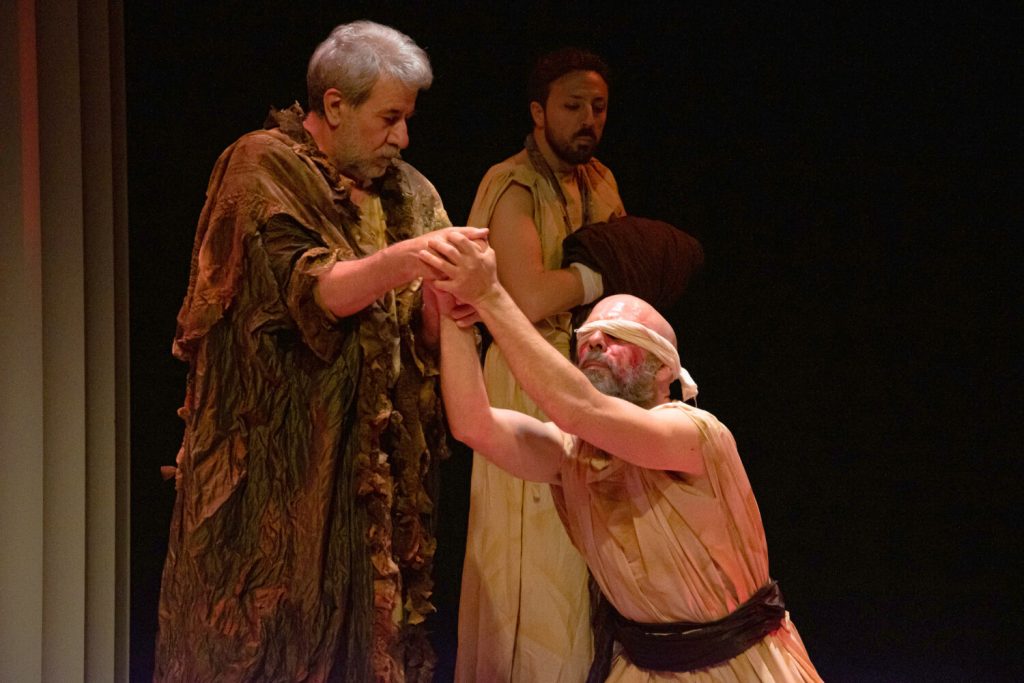 Oedipus Rex by Sophocles is brought to the Athinais Theater Stage each Wednesday night in central Athens. The production is performed in Greek with both English and French subtitles to make experiencing a traditional ancient Greek tragedy accessible to a wider audience.

The story of Oedipus Rex

Shortly after Oedipus was born, his father, King Laius of Thebes learned from an oracle that he, Laius, was doomed to perish by the hand of his own son, and so ordered his wife Jocasta to kill the infant. However, neither she nor her servant could bring themselves to kill the child and so he was abandoned instead. Oedipus was found and brought up by a shepherd, before being taken in and raised in the court of the childless King Polybus of Corinth. 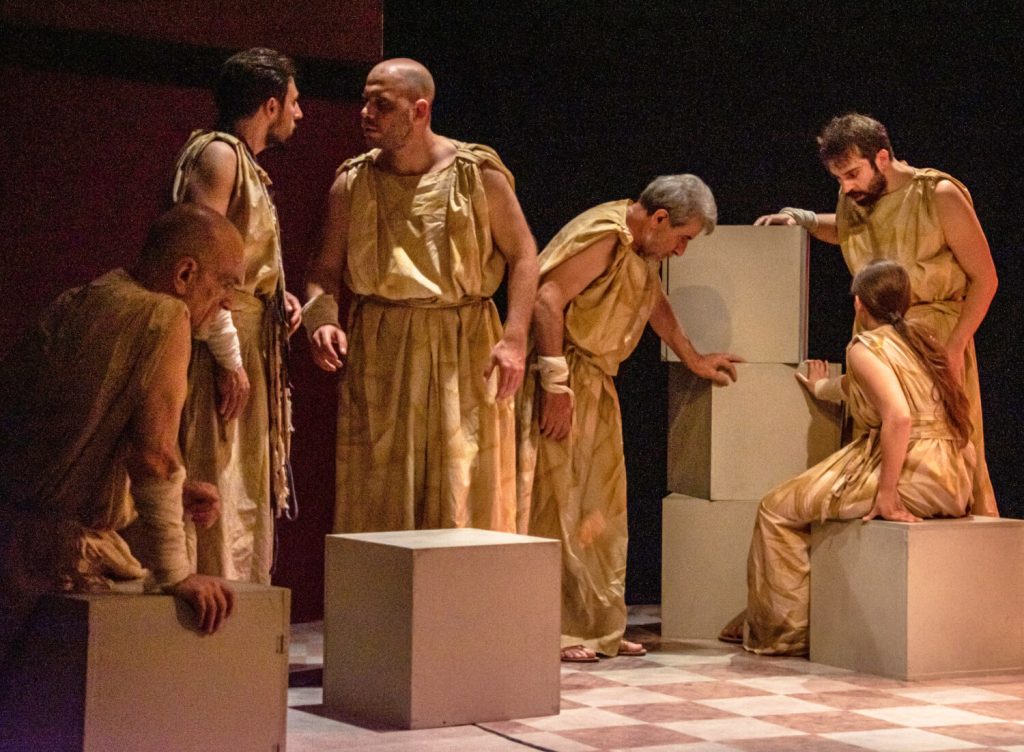 Undeterred by rumours that he was not the biological son of the king, Oedipus consulted an oracle who foretold that he would marry his own mother and kill his own father. Desperate to avoid this fate, and believing Polybus and Merope to be his true parents, Oedipus left Corinth. On the road to Thebes, he met Laius, his biological father. Unaware of each other’s identities, they quarrelled and Oedipus murdered Laius, fulfilling part of the oracle’s prophecy.

Later, he solved the riddle of the Sphinx and his reward was the hand of Queen Jocasta (his biological mother) and the crown of the city of Thebes. The prophecy was thus fulfilled, although none of the main characters were aware of it at this point. 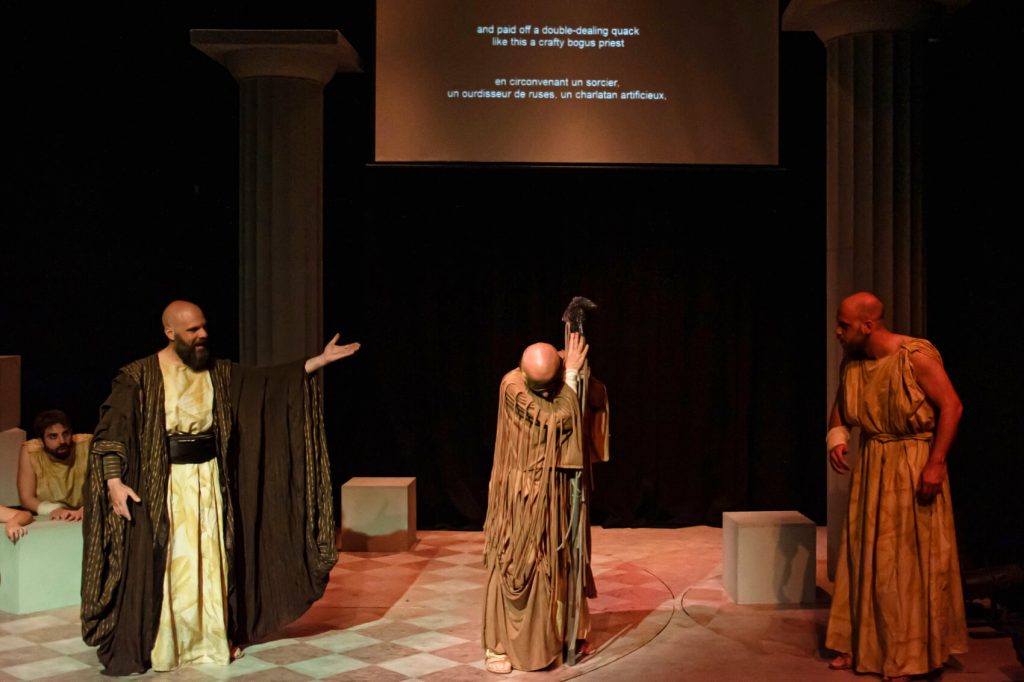 Traditionally performed in Greek, Oedipus Rex will also be subtitled in English and French making it a wonderful opportunity to experience an ancient Greek tragedy. Photograph: Fimonoi Theater

Good to know: During the classical period of Ancient Greece, Athens was a centre for the arts, learning and philosophy. It was the home of Plato’s Academy and Aristotle’s Lyceum and the birthplace of Socrates, Plato, Sophocles and many other prominent writers and philosophers. Oedipus Rex was first performed in 429 BC.

Why Athens Tip: Performed with English and French subtitles