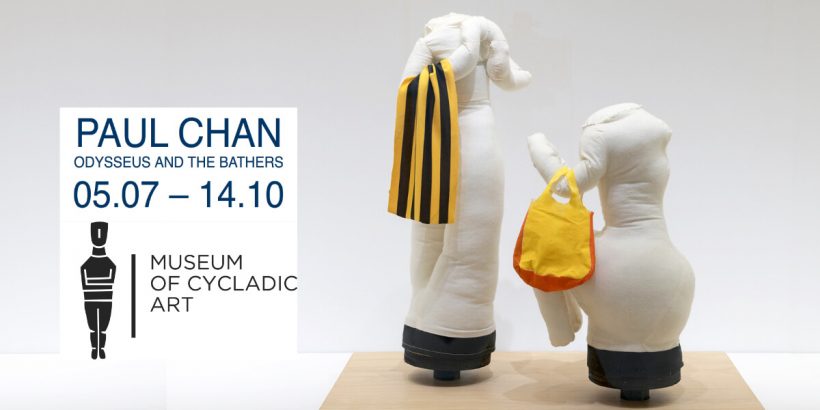 An exhibition of New York-based artist Paul Chan in Athens, guest-curated by Sam Thorne, Director of Nottingham Contemporary. ‘Odysseus and the Bathers’ at the Museum of Cycladic Art presents a body of new and recent works, which the artist calls “breathers” and “bathers”. 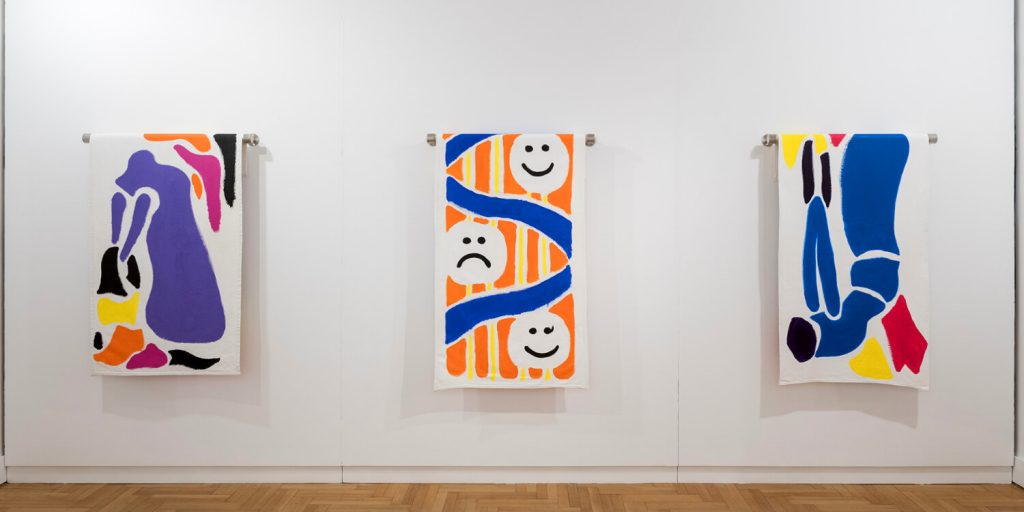 Each figure is composed of a fabric “body” designed by Chan and attached to specially modified fans. These kinetic sculptural works act like moving images in three dimensions. Incorporating techniques that combine fashion, drawing and physics, Chan manipulates how the figures move by composing the internal architecture of the bodies so they direct the airflow from the fans to create different kinds of motion. The “bathers” will be joined by gouache fabric pieces, works on paper and maquettes. 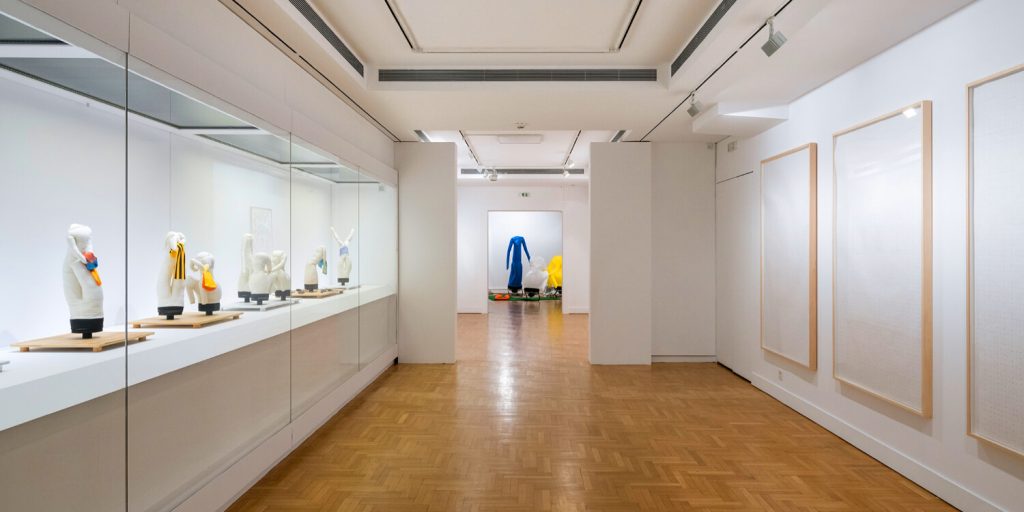 The Museum of Cycladic Art is a compelling setting for these works, which are heavily indebted to ancient Greek philosophy. In De Anima, one of the major works of Aristotle, he writes, “Knowledge is for that which moves by that which moves.” For a number of classical philosophers, from Heraclitus onward, there was a relationship between life, consciousness or spirit, and movement. There is also a strong connection between breath and how it “animates” the living in spirit and in form. Paul Chan’s “breathers” are sometimes loosely titled after a classical philosopher or ancient intellectual movement combined with various types of wordplay.

Presented in collaboration with NEON.

Paul Chan (born Hong Kong 1973) is an artist who lives in New York. He is the winner of the Hugo Boss Prize in 2014, a biennial award honouring artists who have made a visionary contribution to contemporary art.

PAUL CHAN – ODYSSEUS & THE BATHERS at the Cycladic

*Last entry 15 minutes prior to closing