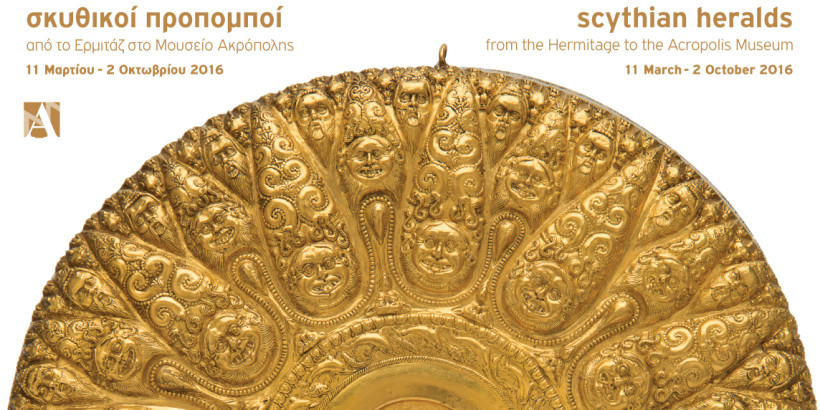 Where: Acropolis Museum
When: 11th March to 2nd October 2016
Why Go: To see an archaeological exchange between Greece & Russia

In a series of cultural events between Greece and Russia, an archaeological exchange will see the presentation of three gold Scythian treasures from the Hermitage Museum’s collection in St Petersberg, to the Acropolis Museum.

Photograph: Courtesy of The Acropolis Museum

The three objects; two vessels and a piece of jewellery, are part of a unique Scythian grave context of the 4th Century BC that was discovered in 1830 in the royal tumulus Kul Oba in Crimea. These masterpieces of metalworking were crafted by the Greek colonists at Crimea that had developed a close relationship with the nomadic Scythians, based on the commercial exchanges between them.

The famous marble statue of the Archaic Kore (670BC) will travel to the Hermitage Museum as part of this cultural exchange.

You will find these Scythian objects displayed in the foyer of the Acropolis Museum until 2nd October 2016.

Photography: Photography without flash is permitted in all Museum exhibition areas, excluding the Gallery of the Slopes of the Acropolis and the Archaic Gallery