Marking 70 years since the death of Greek composer Nikos Skalkottas, the ERT National Symphony Orchestra pays tribute to his work at the Odeon of Herodes Atticus in Athens as part of this year’s Athens and Epidaurus Festival.

Performing the ballet The Sea, a series of vivid images drawn from the marine world revolving around fantasy elements or the phantasmagoria of ballet dancing, as well as marine traditions that are common in folk tales. The music could be considered an example of a symphonic suite. 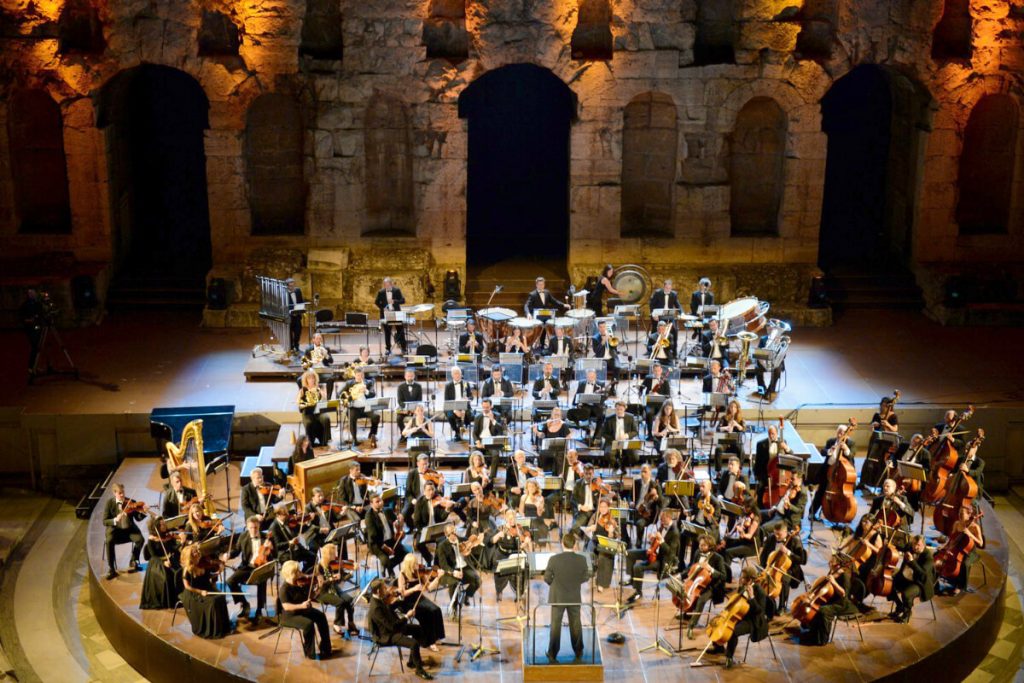 The ERT National Orchestra will pay tribute to Greek composer Nikos Skalkottas at the Odeon of Herodes Atticus. Photograph: courtesy of AEF/Elli Poupoulidou

The concert will also include two of German composer’s Felix Mendelssohn’s major works, also with the theme of the sea, inspired from his travels in Scotland in 1829; The Hebrides Overture and The Scottish Symphony, with the former depicting Staffa island and its enormous cave. The work brings to mind the sounds of the sea with its different phases, from calm to tempest.

Performed on Fête de la Musique or World Music Day, an annual music celebration that takes place on 21 June, where citizens of the world are urged to play music outside in their neighbourhoods or in public spaces and parks.

Tickets: This show is open to the public free of charge. Entrance tickets are on a first-come basis until exhausted. Registration is open now at this link.

Tickets: This show is open to the public free of charge. Entrance tickets are on a first-come basis. Registration is open now at this link.