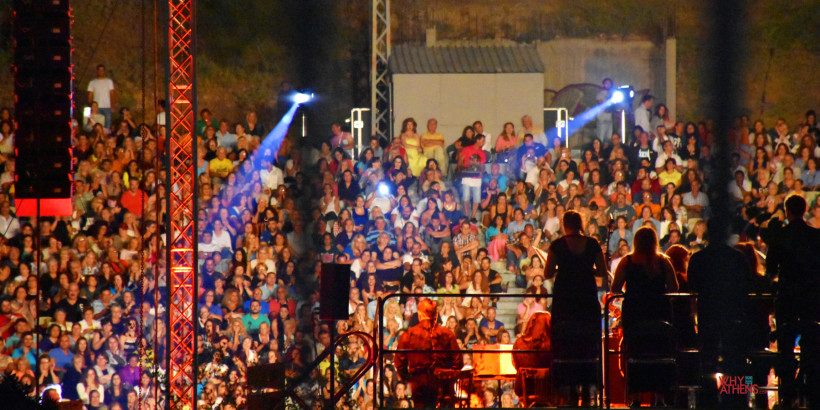 Where: Theatre of Attiko Alsos
When: Throughout August and September
Why Go: To enjoy summer nights outdoors with music & performance

To celebrate the summer season, the municipality of Athens presents, Summer in Athens with a series of outdoor musical events and theatrical performances. For the first time after several years, the Theatre of Attiko Alsos is opening its space to popular artists and performers. Below are highlighted events during August and September.

The renowned tango orchestras Tanguerissimo & Evocation will takes audiences on a tango journey around the world.

The National Theatre presents Sophocles’ ancient Greek tragedy Antigone which had premiered at the Epidaurus theatre around 441 BC. Director Stathis Livathinos adopts the modern translation by Dimitris Maronitis.

With the participation of Violetta Ikari

The “Chronos” or time project will encapsulate the history of Greek song with four exceptional Greek musicians presenting the influences on Greek music from the East and West.

GARDENS OF THE BYZANTINE AND CHRISTIAN MUSEUM

Take in the magical surrounds of the Byzantine and Christian Museum with the angelic voices of the City of Athens Choir.

The Theatro Galatsi is an open air theatre set among the Alsos Veikou parklands about 10 kilometres to the north of central Athens.