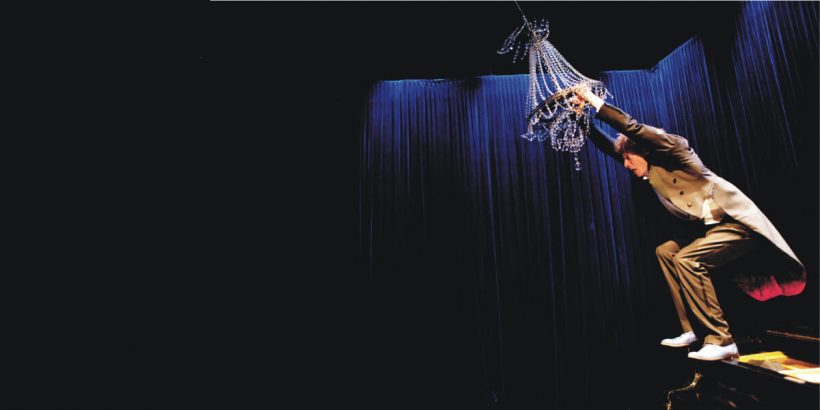 The Pianist is a solo contemporary circus show performed by Thomas Monckton and is part of the Circo Aereo circus company. The show comically centres on, in, under and around one of the most magnificent of all musical instruments, the grand piano. Accompanying this elegant apparatus is the poised pianist himself. Only, he is so focused on impressing everyone that before he realises it, his show has transformed from the highbrow concert he hoped for, to a spectacular and amusing catastrophe that is The Pianist. In an effort to salvage his dignity, the pianist draws on his imagination and comes up with some amusing and absurd results. 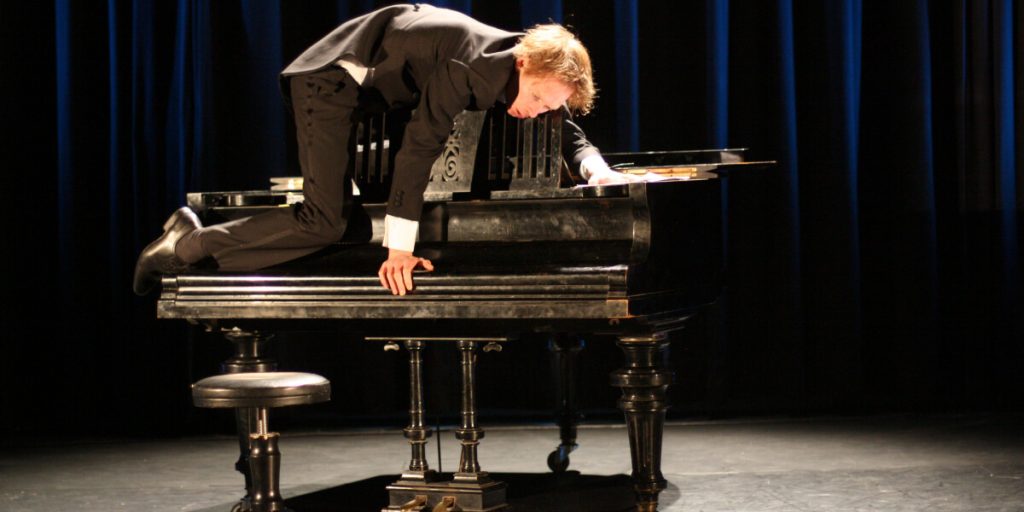 The performance mixes classical clowning with contemporary circus to produce a charming piece of comedy about the lure of luxury and has received rave reviews around the world, including at large international festivals.

Thom Monckton is a New Zealander from Patea, South Taranaki. He learnt to juggle when he was eight, rode a unicycle to high school, then trained at CircoArts in Christchurch, and later at L’Ecole Internationale du Théâtre Jacques Lecoq. Thom resides in Paris but constantly travels the world creating and performing cross-genre contemporary theatre and circus performances.

Circo Aereo is an international contemporary circus group from Finland that frequently performs around the world and is among the flagships of Finnish cultural exports.

THE PIANIST, a catastrophic circus show