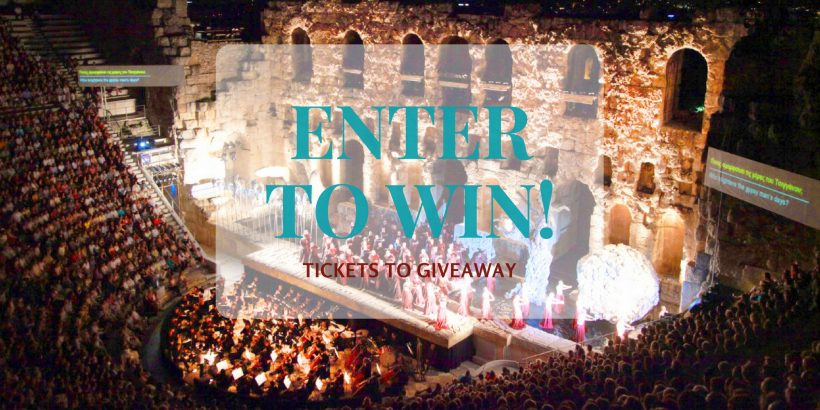 Photograph by: Charis Akriviadis, courtesy of the Athens & Epidaurus Festival
Where: Odeon of Herodes Atticus
When: 21st July, 2017
Why Go: For a world class operatic performance in a magical setting

Take in the operatic performance of Il Trovatore at the Odeon of Herodes Atticus beneath the slopes of the Acropolis, for a truly magical experience of Athens.

WIN two tickets to OPENING NIGHT on 21st July 2017 at 9pm. Winners will be seated in the lower tier section of the outdoor theatre. Entries close 13th July, 2017. 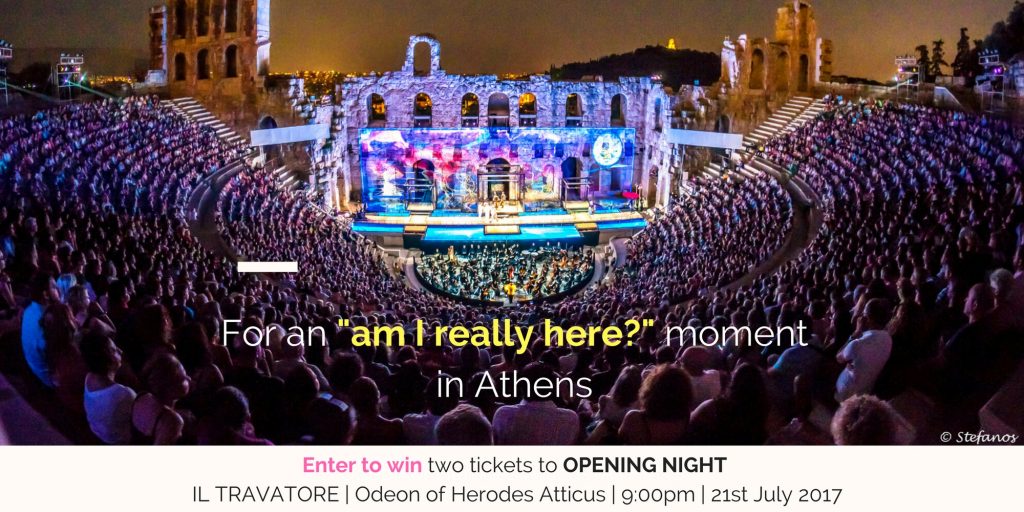 Photograph by Stefanos, courtesy of the Athens & Epidaurus Festival

The Greek National Opera closes its summer artistic period performing an opera in four acts by Giuseppe Verdi. Il Trovatore is a romantic melodrama set in Spain during the civil war of Aragon in the 15th century. Two rivals (Manrico and Count di Luca), vie for the love of the same woman (Leonora) but unaware they are in fact brothers. The story unfolds to a tragic ending of lost love, betrayal and death.

Why Athens Tip: Performing in Italian with Greek and English subtitles.

This production is presented as part of the Athens and Epidaurus Festival programme.

Competition terms and conditions: Winners are responsible for their own transport to & from the venue. Tickets are as stipulated by the ticket issuer and only available for use on 21 July 2017. Competition closes on 13 July 2017 at 5:00pm GMT+3. The competition will be drawn at random & winners will be contacted by email & have 24 hours to claim their tickets. If tickets have not been claimed within 24 hours, they will be redrawn. Winners will be announced on Facebook once the tickets have been claimed. By entering this competition you acknowledge that you have read & agree to these terms.