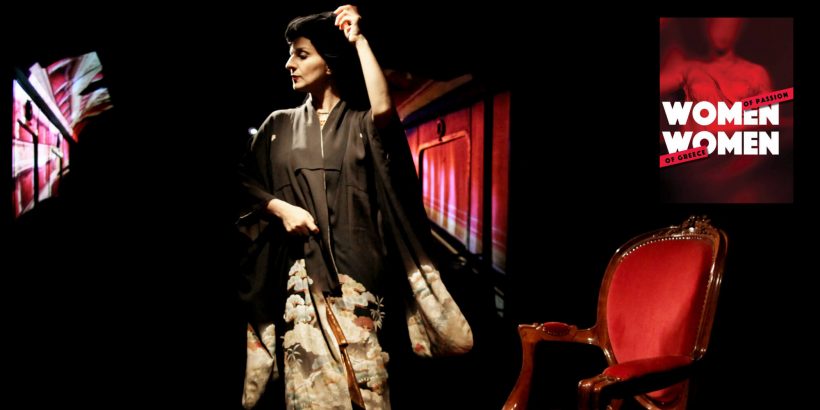 Where: Adelaide and Sydney, Australia
When: 21st and 23rd April 2017
Why Go: A symbolic journey by train from ancient to modern Greece

Women of Passion, Women of Greece, the acclaimed one woman show direct from Athens will perform in Adelaide and Sydney for two shows only.

In a symbolic train journey, the mythological figure Medea, meets the contemporary priestesses of modern Greece, Maria Callas and Melina Mercouri. These three women and legends of art and life share the commonality of the Greek spirit, with a pathos for life, love, art, creativity, freedom and democracy.

Medea, the tragic figure of ancient Greek drama, blinded by her deep love for her husband, murdered her own children. Maria Callas, the internationally celebrated opera diva, devoted her life to music and let her fate be sealed by a fatal romance. Μelina Mercouri, one of the most beloved Greek actresses, singer and politician, who starred in the most well-known international films, fought for culture and democracy.The talented Greek actress Evelina Arapidi perfoms, giving a stellar performance as she portrays all three characters. Accompanied on stage by musician Fotis Mylonas.

Duration: 60 minutes. This theatrical performance is in English.

Presented by the 35th Greek Festival of Sydney in association with Why Athens and the Greek Orthodox Community of South Australia. 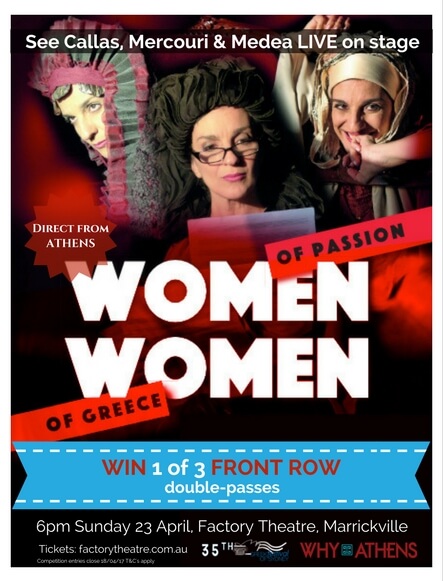 Terms & Conditions: Limited to NSW Australia entrants. Winners will be responsible for their own transport to and from the venue. Tickets issued are as stipulated by the ticket issuer (Century Venues). Competition closes on 18/04/2017 at 12:00pm AEST. The competition will be drawn at random on 19/04/2017 and will be announced on Facebook. Winners will be contacted by email. By entering this competition you acknowledge that you have read and agree to these terms.

WOMEN OF PASSION, WOMEN OF GREECE to perform in Australia