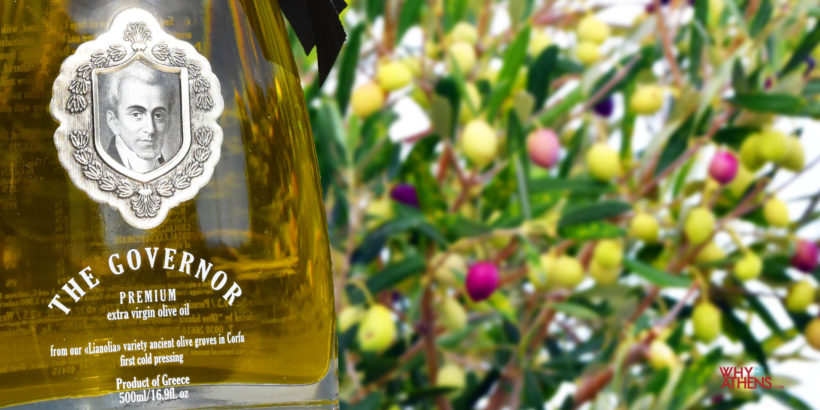 A new generation of Greek olive oil producers are determined to capture the attention of international markets to ultimately convince buyers that Greek is best. Although it is undisputed locally, Greek extra virgin olive oil (EVOO) hasn’t been able to gain the same cachet that its Italian and Spanish competitors have been able to achieve.

A reboot in recent years is starting to see that change. Greek brands are finally re-emerging internationally with slick packaging and a new identity. Five and Lambda are two examples of premium EVOOs, that have found their way onto the shelves of prestigious retailers such as Harrods. Gaea is another local brand that has gone a bit further, successfully penetrating the US market, the world’s largest olive oil importer, to other non-traditional markets including Japan and South Korea, becoming a new ambassador for Greek oils. 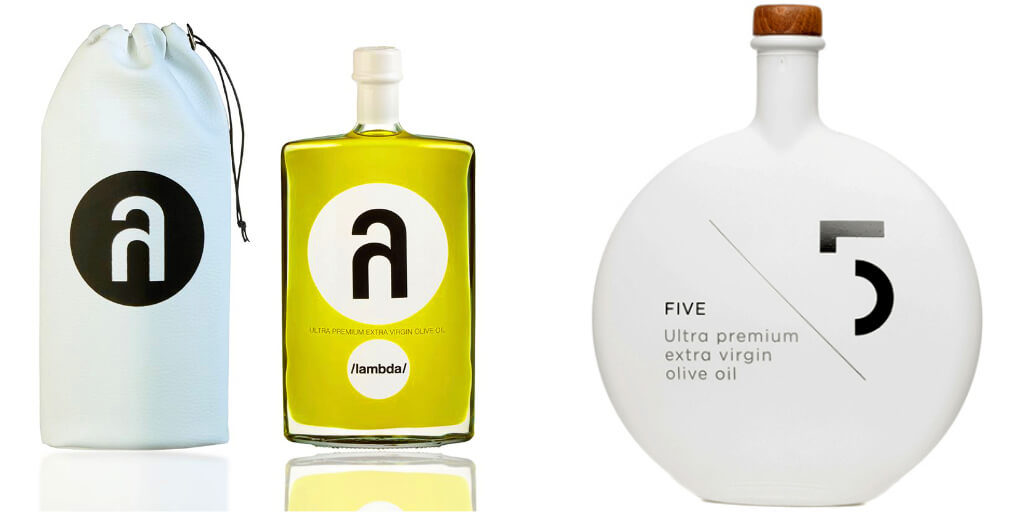 And it’s more than just re-branding and pretty packaging. This new wave of olive oil makers are determined to standardise production, something the Greek olive oil industry has struggled to do past 25 per cent of the 300,000 tonnes it produces a year, the third largest output in the world. Beyond its limited export grade oils, Greece has historically forgone naming rights and kudos for its oil that has been traditionally exported in bulk to European countries such as Italy, who use Greek EVOOs to enhance lower grade oils which are later repackaged and sold as Italian. Stronger visibility of Greek EVOOs in international competitions is pushing the plight of Greek oil recognition a little further and the world wide trend of consumers wanting to experiment with new flavours is also assisting the effort.

Most commercial olive groves in Greece are family run businesses, with the secrets to producing their unique varieties passed on from one generation to the next. Around 80 per cent of the country’s olive oil production is extra virgin (considerably higher than Italy which is approximately 67 per cent and Spain which is around 34 per cent). The Koroneiki olive variety, the most commonly used for olive oil, is robust and full of flavour and was traditionally cultivated in the Peloponnese for more than 10 centuries. 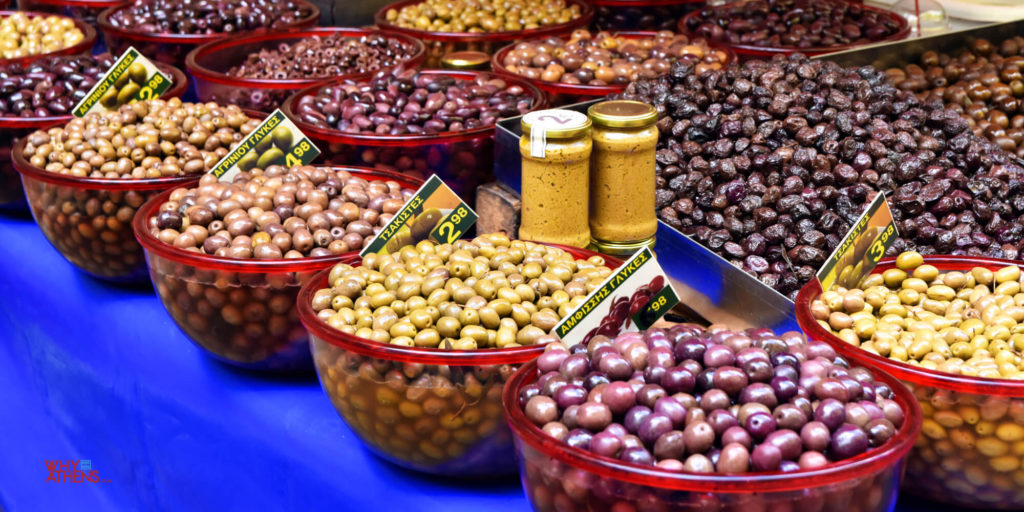 The Koroneiki is also heralded with high polyphenols (antioxidants) which is a great support for the immune system. There are hundreds of olive varieties in Greece, usually named after the areas in which they are grown. Every region’s fruit is affected by the geomorphology of its location. There are more than 120 million olive trees that grow mainly on hilly land, in the chief olive growing areas of Messinia and Ilia in the Peloponnese, Iraklion and Chania in Crete and Corfu in the Ionian Islands.

If you’re an olive oil lover, Greek oils have a lot to offer and well worth the effort of seeking them out if you’re visiting Greece or at your local grocery. There’s a good chance though, you’ve probably already tried some but just didn’t know it.

The Governor, a fresh aroma and taste 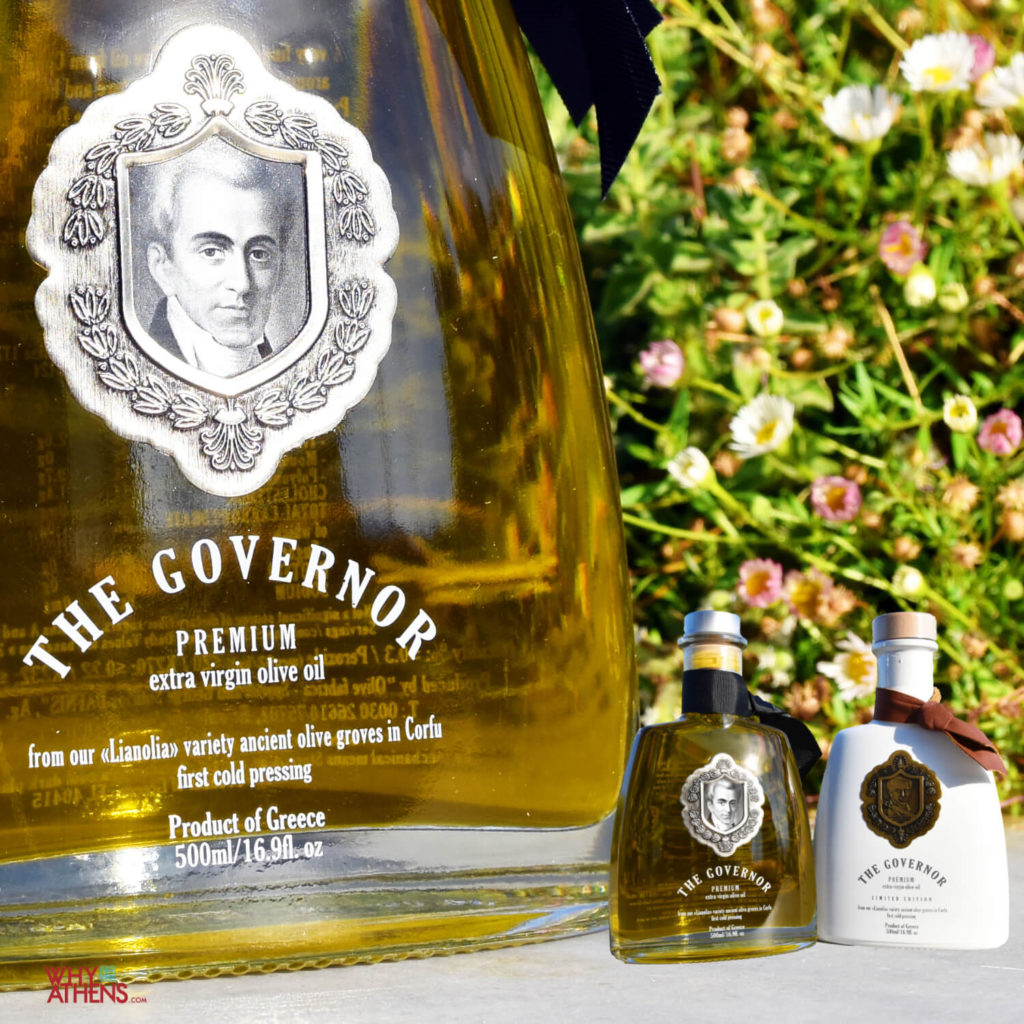 The Lianolia olive is native to Corfu and the Ionian Sea region. The multi-award winning, The Governor is a fine EVOO of the highest quality with a luxurious bottle worthy enough to stand next to your best cognac. Its ‘Premium’ oil is an early unfiltered harvest, with a fresh aroma and taste, high in polyphenols. Its ‘Limited Edition’ (5000 batch) features same day cold pressing from 500 year old Lianolia olive trees. Ideal to serve with breads, cheeses and fresh salads. 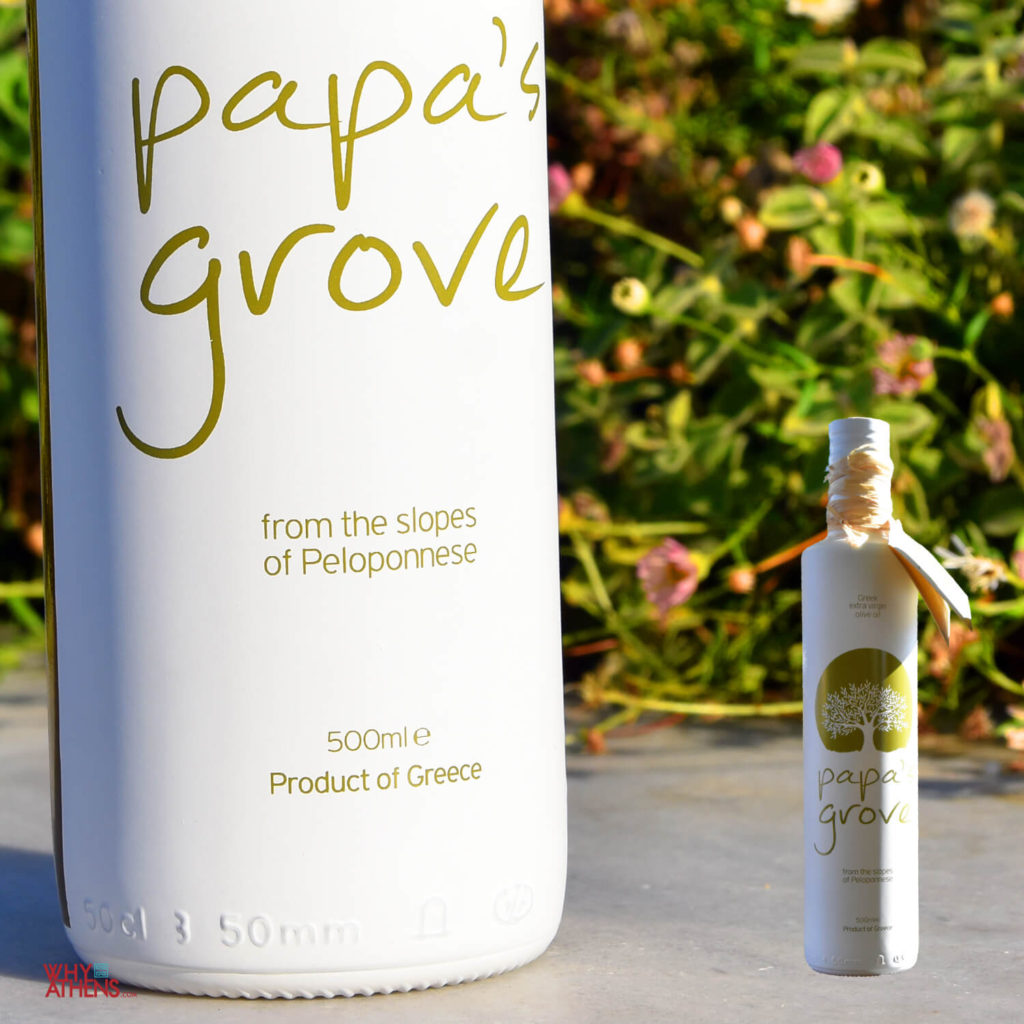 Papa’s Grove is a new family initiative using organic early harvested olives from the moutainous regions of the Peloponnese. A delicate and smooth taste that is nicely blended with Koroneiki and Manaki varietals. Peppery notes with hints of herbs, nuts and citrus. Awarded Silver in 2016 at the London and New York International Olive Oil Competitions and Olive Japan. Buy direct from their e-shop 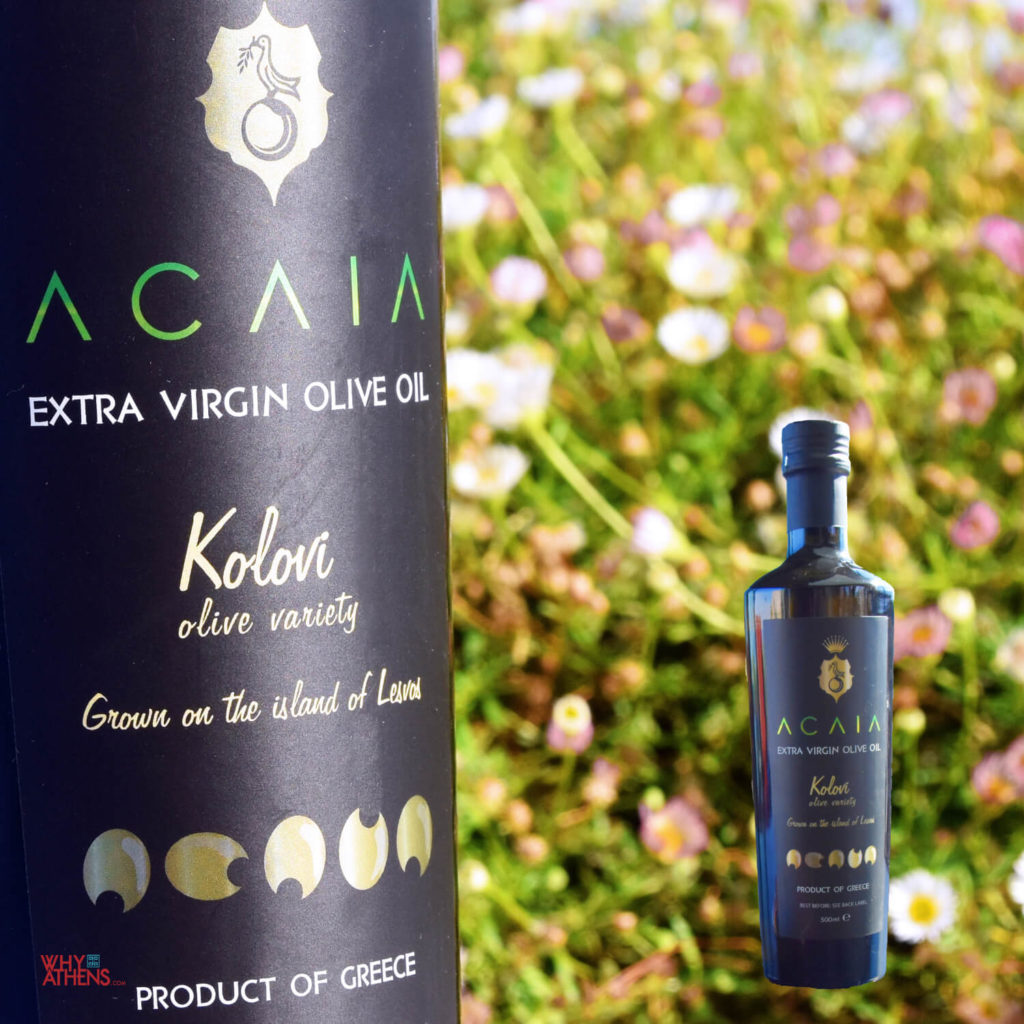 Made from hand-picked Kolovi olives that grow in the mountainous groves of the Aegean island of Lesvos, Acaia reveals the delicate mildness of this rare olive variety. Its rich complex aromas evoke the freshness of leaves, herbs and grass, combined with nuts, tropical fruit and apple. An ideal all round oil for cooking or baking. Awarded Gold in 2016 at Terra Olivo and the New York International Olive Oil Competition.

Available in UK via: Amazon 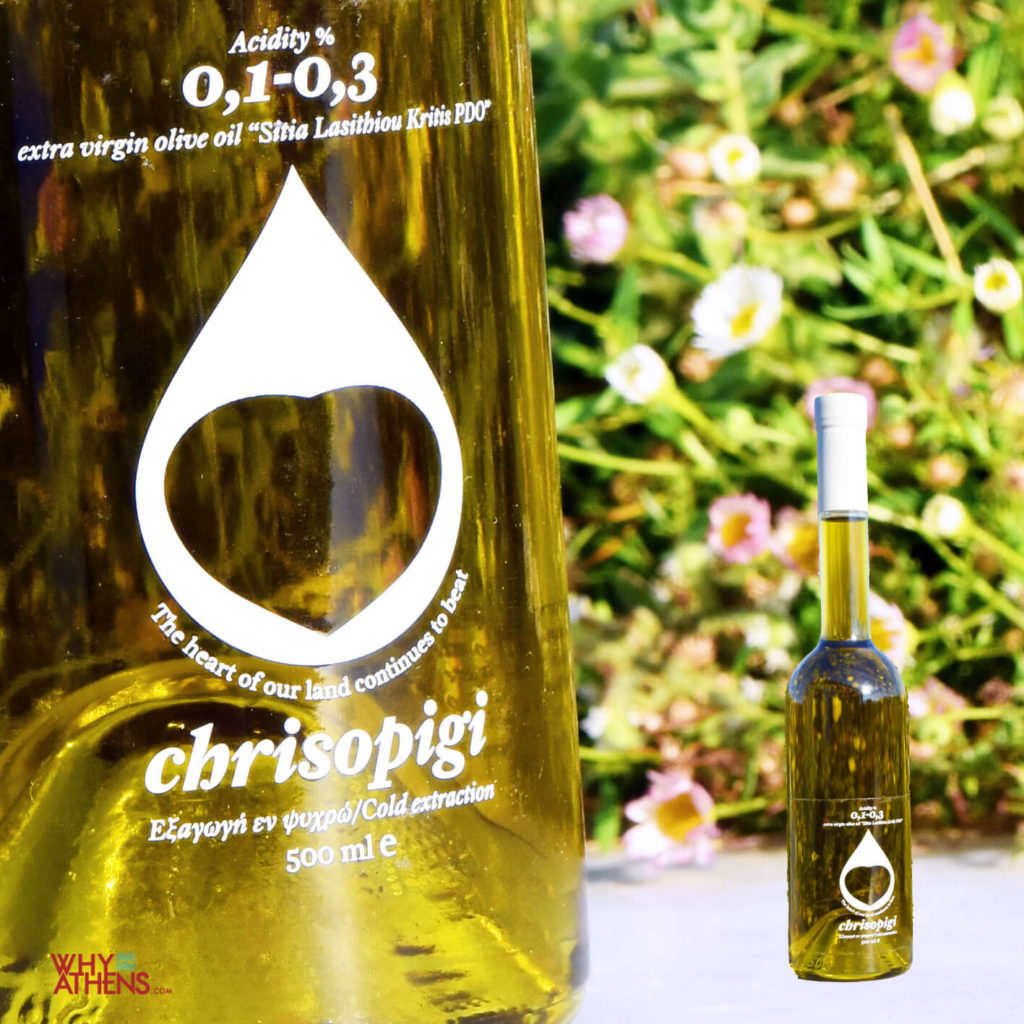 With a freshness in flavour, this Koroneiki has a delicate taste synonymous with its geography and harvesting techniques. A fruity taste with a slightly peppery aroma. Ideal for fresh salads, white meat or grilled fish. Awarded Best in Class in 2016 at New York International Olive Oil Competition. Only available in Greece.

This post was not sponsored in any way and as always, all opinions are our own. 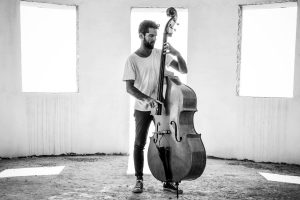 Getting retrosexual in Athens 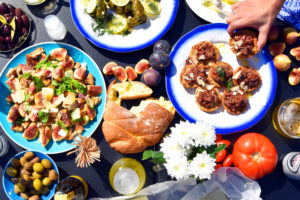 Greek meze and the evocative flavours of Greece