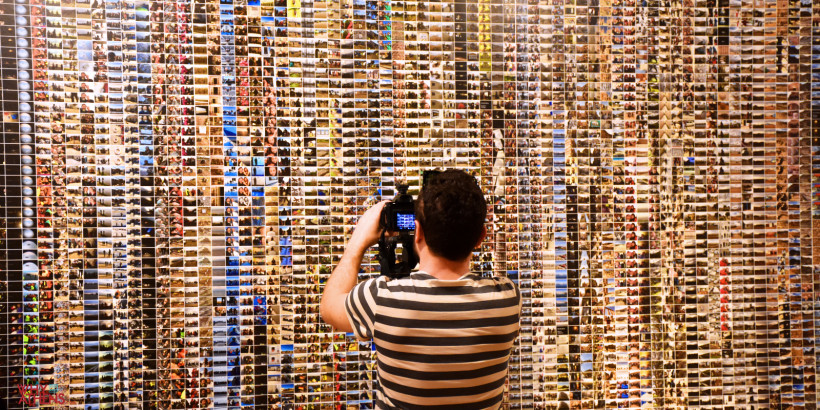 iphone Wallpaper, 2016. A collage of over 12,000 images taken by Weiwei on his phone between January - April 2016 in Lesbos. Photograph: Why Athens

In the midst of a humanitarian crisis that is often blurred by political posturing and manoeuvring, humanitarian, activist, filmmaker, writer, curator and artist, Ai Weiwei has thoughtfully responded to the refugee crisis through his new body of work that was unveiled today at the Museum of Cycladic Art (MCA) in Athens. ‘Ai Weiwei at Cycladic’ is a tribute, marked with respect, love, sensitivity and hope for the future. He shines a light on all who have suffered, who are suffering and who have passed. The work speaks volumes and collectively it says, “You are not forgotten.” “You do matter.” “I will make them listen.”

We should all listen.

As Ai Weiwei settled into a crowded press conference today, he took his phone out to capture us capturing him. He talked of all he saw, the harrowing images, and the shameful conditions. The desperation of people trying to escape. The old and the small who were stuck in “no mans land” between the borders of Jordan and Syria. Ai Weiwei captures the media at the press conference. Photograph: Why Athens.

“I try to speak their language because they do not have a voice,” he said. He described Europe’s treatment of refugees as “shameful and immoral” but commended the kindness shown by Greece and said, “Greece has opened its arms and showed a very elegant gesture of not pushing people into the ocean. It has a long history of humanity and this will be remembered in history.”

Weiwei has conducted extensive research, establishing a workshop on the island of Lesbos in late 2015. He has spoken to politicians, refugees and people smugglers on all sides of the borders and has captured around 600 hours of video footage that will form part of a feature length documentary, to be released next year. Exhibiting for the first time at a Greek museum, it is a significant cultural coup for the city of Athens. His new work has drawn inspiration from the ancient artefacts that form part of the permanent exhibition at the MCA, as well as his own personal account of his time on Lesbos. MCA Contemporary Art Program Advisor, Aphrodite Gonou said it is a “unique moment” in the museum’s history, “this kind of dialogue between works has never been seen before.”

Ten per cent of proceeds from the exhibition will be donated to Médecins Sans Frontières (MSF) and METAdrasi, who are providing valuable aid to the refugee crisis. 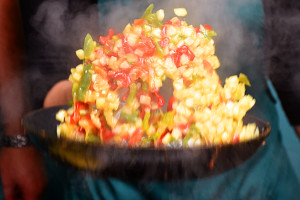 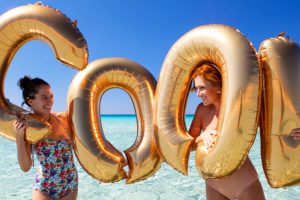 ‘Sun of a Beach’, towels and accessories 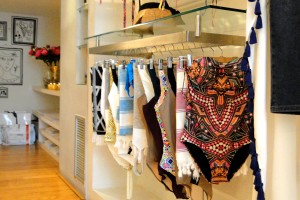