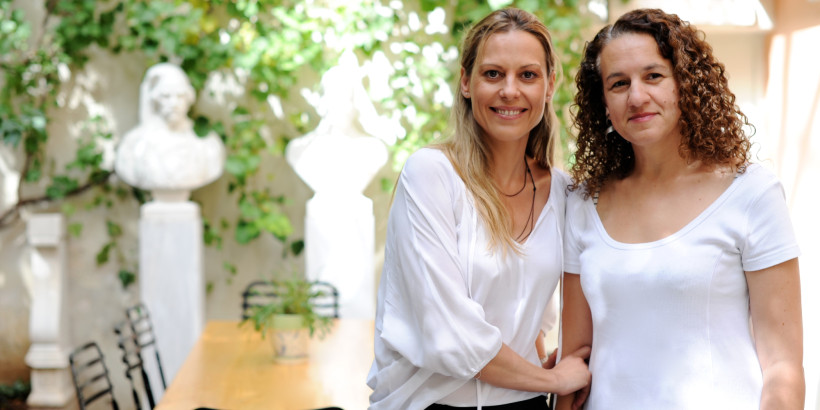 Sophia Antoniadou and Alexandra Tiligada are quickly becoming the cultural gurus of Greece. Starting off as friends and eventually becoming business partners, they have successfully re-imagined the Greek travel experience with their award winning Discover Greek Culture tours.

It began over a casual coffee at Starbucks, where the two decided it was time to broaden a visitor’s perspective of Greek culture. They’ve since combined their expert skills and knowledge of Greek history and heritage to create high-end, curated tours of Athens, Attica and other hotspots around Greece. Co-founder Sophia meets me for a coffee to explain the ethos of the company.

“It was time to tell a more coherent story of Greece, after visitors have experienced the nice weather, Acropolis and a souvlaki then what happens?”

(tourists) ask…“Where is all the culture we’ve been hearing about Greece?” It really is up to us (who live here) to promote these things well,” she said.

This entrepreneurial spirit has flourished around Greece, fuelling a burgeoning start up industry particularly focused towards tourism. The Greek economic crisis, among other things, has dented the country’s cultural image but has inspired people like Sophia and Alexandra to take action. Sophia says,

we believe this is the way a country improves and changes. If a visitor comes to your country and has been able to understand local culture and have a great experience, you really can change people’s views about Greece.”

Having both worked alongside cultural organisations in various capacities, it was not hard for them to identify where the holes were in the Greek tourist offering. Doing away with a generic, ‘one size fits all’ philosophy and upgrading a tourist’s experience was top of mind for both of them when establishing the business.

“There are so many things you can do in Athens, that’s why we have constructed thematic tours, as it’s a much better way to tell a story and makes better sense to people,” she says. It seems they have created a winning formula. After launching in 2013, they now employ more than 10 people and run over 20 unique tours in Athens, Delphi, Crete and Santorini. They received the Silver Award in the Greek Tourism Awards for 2015, with plans to expand their tours around Greece including Thessaloniki, Corfu and the Peloponnese.

The secret to their growth and success has a lot to do with winning the support of local cultural institutions who have agreed to collaborate and provide access to areas that would otherwise have been strictly off limits, including archaeological sites, museum vaults and stately mansions. Sophia says,

“It’s about exclusivity, high-end services, unique experiences and creating lasting memories, so that you have a story to tell when you go back home.”

They are the first and remain the only tour company in Greece to have secured a permit to allow visitors to observe an archeological dig and it says a great deal about the esteem and trust they have managed to cultivate among the local community. About 44 km or 27 miles outside of central Athens, lies the town of Marathon (where the long distance race originated) and where their first archaeological excavation tours will be conducted. An archaeological dig outside of Athens. Photograph: courtesy of the National and Kapodistrian University of Athens

“Visitors will have the opportunity to visit an archeological dig, speak directly to archaeologists, but this is the real deal, not an Indiana Jones concoction,” Sophia says.

The full day tour goes through the entire process of an excavation and visitors will observe the uncovering of antiquities, dry sieving, identifying and dating specimens. A seaside Marathon lunch is also included.

Their Athenian tours have also been tailored for in depth exploration of the city, designed with all types of travellers in mind, from the time poor, to families and budding adventurers. A rich history to unearth in Athens from both ancient and modern times. Photograph: Yiorgis Yerolymbos courtesy of Discover Greek Culture

All tour guides are specialised and are an articulate group of local archaeologists, historians and horticulturalists with expert knowledge about the city including modern Athens today. Most tours are conducted in English however French, German and Spanish speaking guides are available. They are enriched with the details of modern Athenian life including a taste of local food and wine. The ‘Young Explorers’ two-hour tour is designed for families with children aged between five and eleven years.

Their exclusive arrangements with the Benaki Museum and the Museum of the City of Athens has led to their ‘Bespoke Experiences’ tours that will see you touching precious artefacts, as you explore the museum’s vaults and objects not on public display.

Sophia and Alexandra are Athenian success stories who have realised their mission in the face of adversity. They have not only enhanced the Greek travel experience but also brought back the ‘wow factor’ to the tremendous cultural offering that will always define Greece.

We would like to thank Discover Greek Culture for their assistance with this article. This post was not sponsored in any way and as always, all opinions are our own. 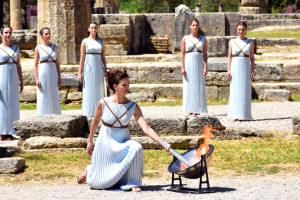 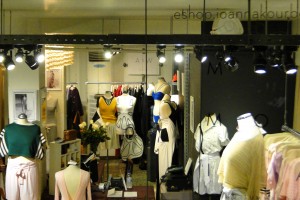 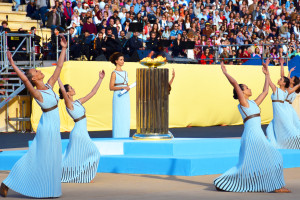 Highlights of the 2016 Olympic flame tour of Greece