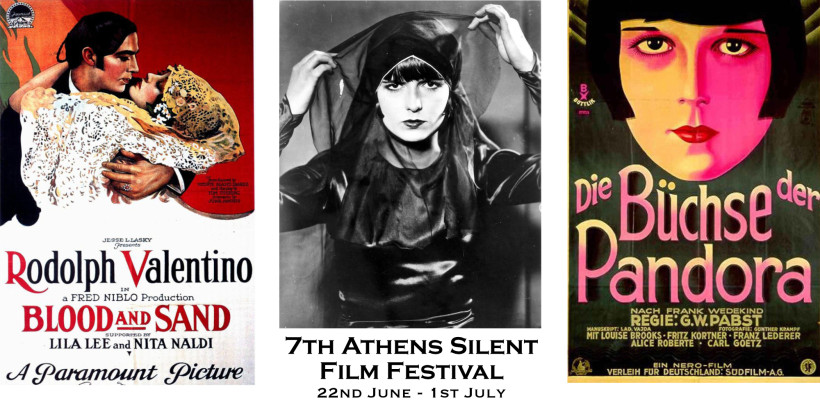 Where: Michael Cacoyannis Foundation
When: On now – 1st July 2016
Why Go: To see silent films with live & original music accompaniments

The Story: Zoret, an elderly artist helps Mikael during his first artistic steps, while their relationship is of sexual nature. However, everything falls apart for Zoret, as Mikael falls for princess Zamikoff and will do anything to please her expensive taste.

The Story: Irene is married to an older man but falls in love with a young lawyer. Their affair ends quickly, as she is terrified of her husband’s jealousy. However, Pierre, a family friend, is madly in love with her. When Pierre begs Irene for an innocent kiss before he goes off to college, she mistakenly agrees, without knowing that her husband is watching.

The Story: A movie famous for its humour and the positive female figure it presents: A married couple living in Moscow host their friend, Volodia. The attractive wife Liuda and Volodia fall in love and decide to be together. Despite the husband’s initial fury, all three of them create a love triangle, untill the day Liuda finds out she is pregnant.

The Story: A young couple are in love on the island of Bora Bora in the South Pacific. When their tribe leader decides that the girl is the chosen daughter no one is allowed to touch her. Desperate to be together, they move to a deserted island.

The Story: Letty Mason, an emotionally unstable woman from Virginia moves to Western Texas. While staying at her cousin’s ranch, she is upset by the constant wind and the drama that dominates the house. She is pursued by three men who want her, despite her repulsion.