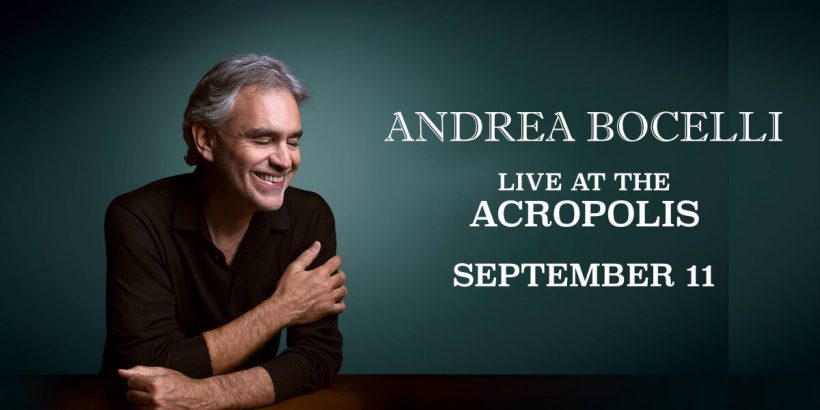 Where: Odeon of Herodes Atticus, Acropolis
When: 11 September 2019 (SOLD OUT)
Why Go: Hear the iconic tenor LIVE

Experience the breath-taking voice of Andrea Bocelli who returns to Athens to perform on the majestic stage of the Odeon of Herodes Atticus for an unforgettable evening beneath the glow of the Acropolis.

As the world’s most loved tenor, Bocelli is the biggest-selling solo artist in the history of classical music, having sold more than 70 million albums over his 20-year career. 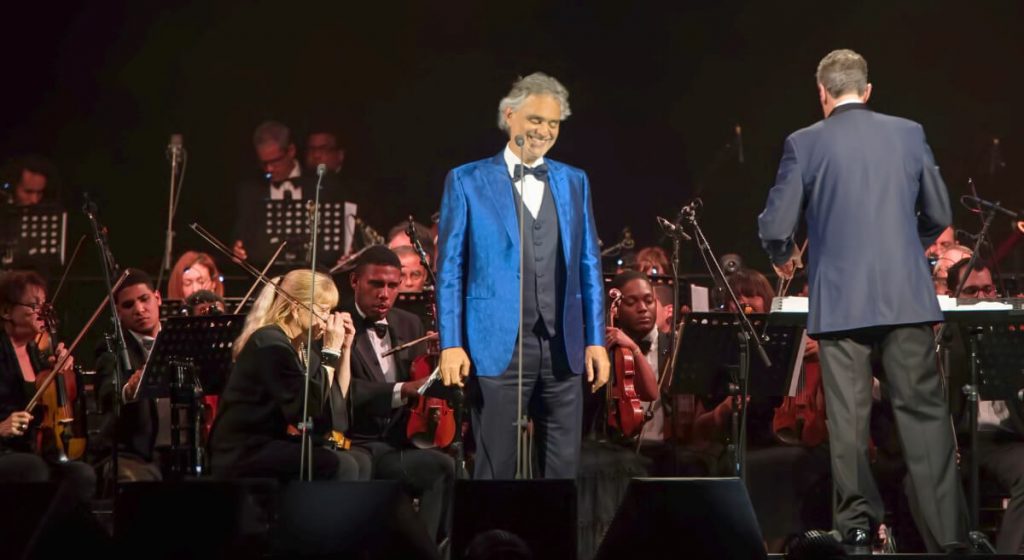 The legendary Andrea Bocelli returns to the Odeon this September for his performance in Athens since 2010.

With one of the finest voices in the world, Bocelli emerged as a vocal phenomenon in the 1990s and has since gone on to become one of the most successful artists of all time.

He has excelled in the operatic, classical and popular spheres, recording seven complete operas, releasing more than a dozen hit records and performing all around the world.

Bocelli released his latest album, Sì, in October 2018, his first release of new material in over a decade. His performance in Athens will be accompanied by a choir and the Symphony Orchestra of ERT, led by Italian conductor Marcello Rota.

ANDREA BOCELLI LIVE AT THE ACROPOLIS