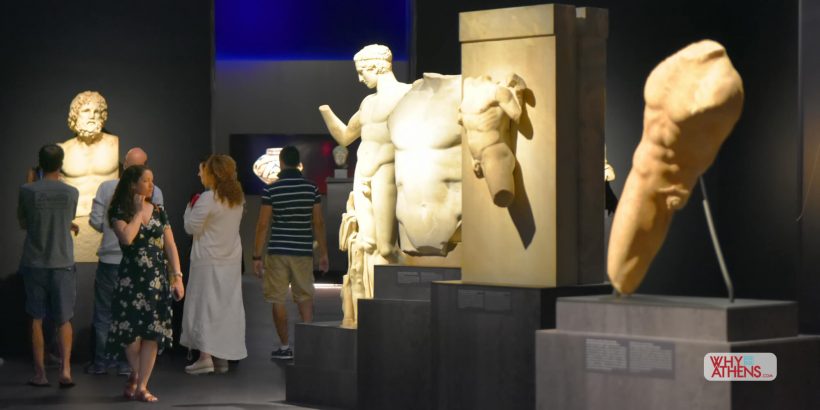 One of the exhibition galleries for the Countless Aspects of Beauty. Photograph: Why Athens
Where: National Archaeological Museum
When: On now to 8 December 2019
Why Go: Discover objects of beauty from antiquity

The National Archaeological Museum in Athens presents ‘Countless Aspects of Beauty’, the final exhibition in a fascinating trilogy that showcases the institution’s impressive collections, on the occasion of its 150th anniversary. More than 300 artefacts, digital media and other displays explore human kind’s eternal quest for beauty and the need to surround ourselves with beautiful objects, from jewellery, perfume, ceramics and other everyday pieces.

The exhibition also presents a timeline of aesthetic trends, evolving from neolithic times to late antiquity. 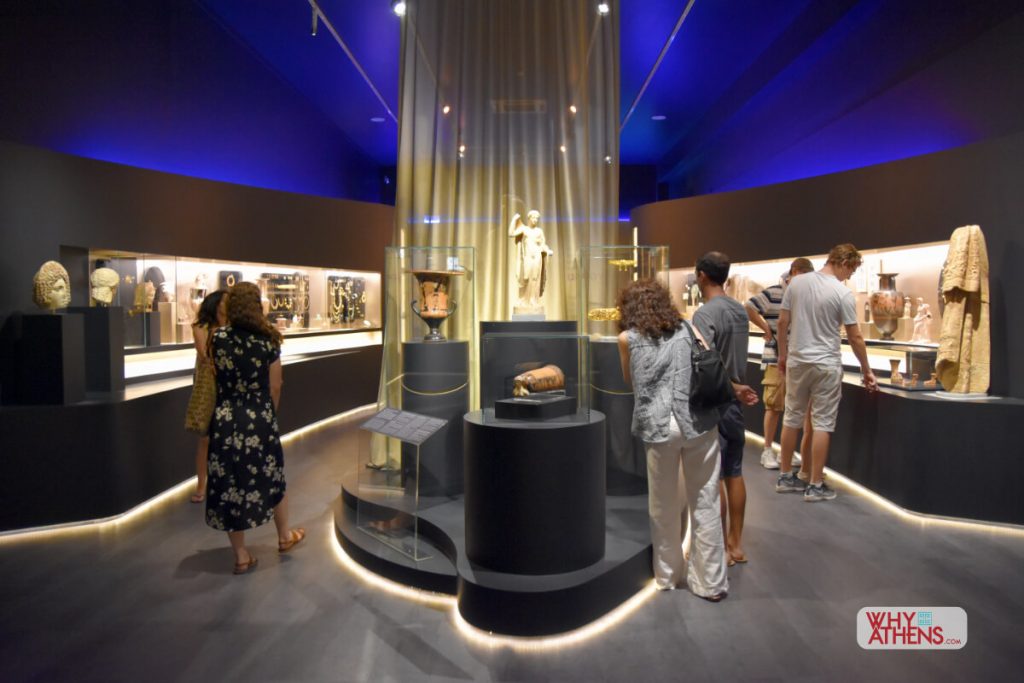 The Countless Aspects of Beauty exhibition at the National Archaeological Museum. Photograph: Why Athens

Must see artefacts at the Countless Aspects of Beauty exhibition 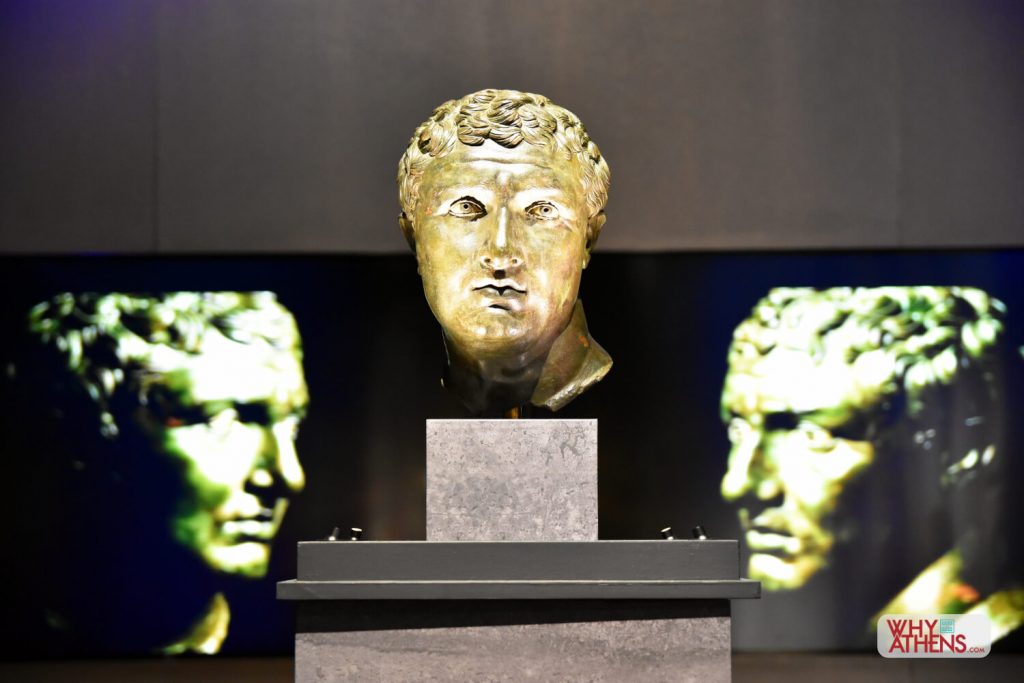 A distinctively realistic face of an anonymous figure carrying the burden of ephemeral thoughts and everyday concerns. Wrinkles on the forehead, and the edges of the eyes make for a melancholic expression, characteristics that are in contrast to the idealism of classical sculpture. 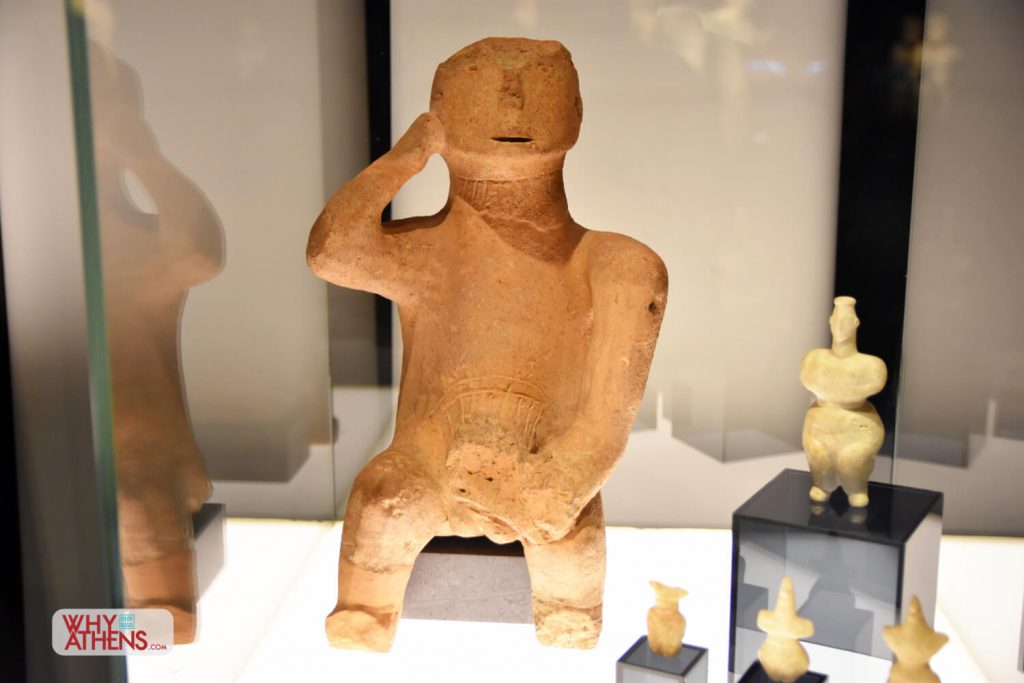 The man brings his right hand to the head in a gesture of pondering, while he enacts too, the generative power of his masculinity. Only male figures are depicted as ‘thinkers’, especially in the Balkans. On his naked body, an incised net encircles the neck and the groin.

This 6000-year-old neolithic version (in clay) of a man pondering, was rendered by an anonymous craftsman of Thessaly and was the precursor to Auguste Rodin’s famous larger sculptural work.

The birth of Aphrodite

Marble statue of Aphrodite of the Syracuse type

From Baiae in South Italy. 2nd century AD (the original of the type dates back to the 4th century BC) 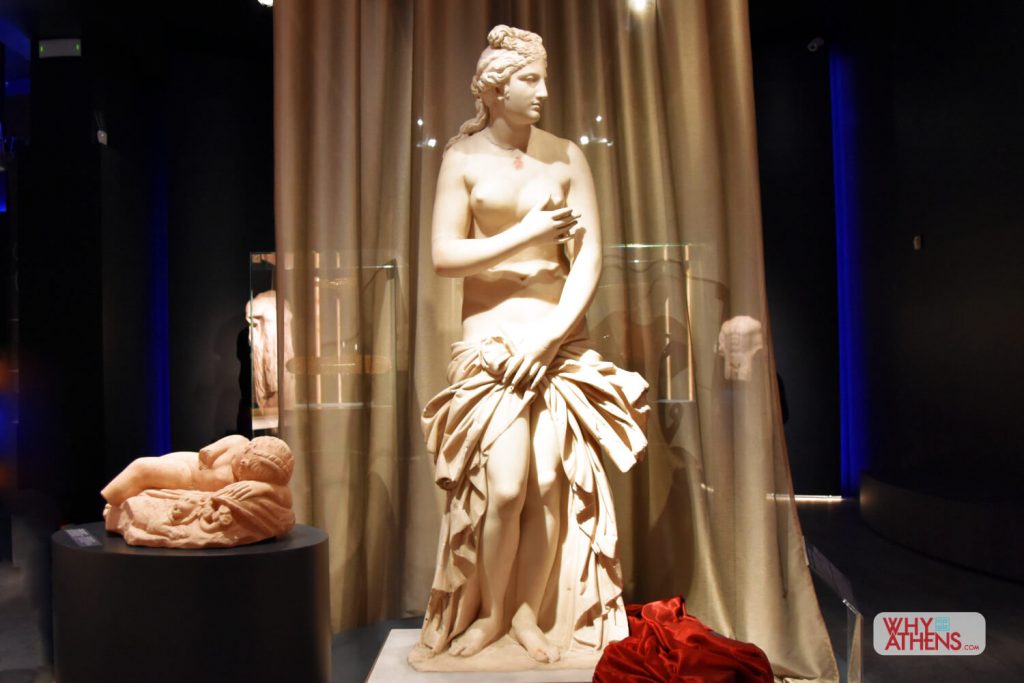 The goddess is represented half-naked, as a nymph, with her himation wrapped around the hips and the right hand in front of the chest. The neck, head and right hand have been restored by the famous neoclassical sculptor Antonio Canova.

Born from the foam of the sea, according to the Hesiod, was Aphrodite, daughter of Uranus (the Sky). Her companions were Eros and Himerus (desire). Having travelled as far as the shores of Cyprus, the goddess emerged from the sea waves. There, as mythological tradition has it, the Horai (seasons of the year) and the Graces, anointed her, dressed her in divine robes, adorned her with bright ornaments and led her to Olympus. Since then her allotted task was to offer erotic desire to gods and mortals. According to Homer, the bewitching goddess was the daughter of Zeus and Dione.

The unsurpassed beauty of Aphrodite transcends the ancient art that records in a vivid and glorious manner her sensual figure. Associated sometimes with legends narrating her adventures and at other times with her cult, the image of the goddess embodies the essence of female beauty and symbolises the generative power of sexual union. Monumental representations of Aphrodite are encountered in the works of famous artists from antiquity, such as the supreme sculptor Praxiteles, who was the first to depict the goddess naked.

Rose: a scent from antiquity 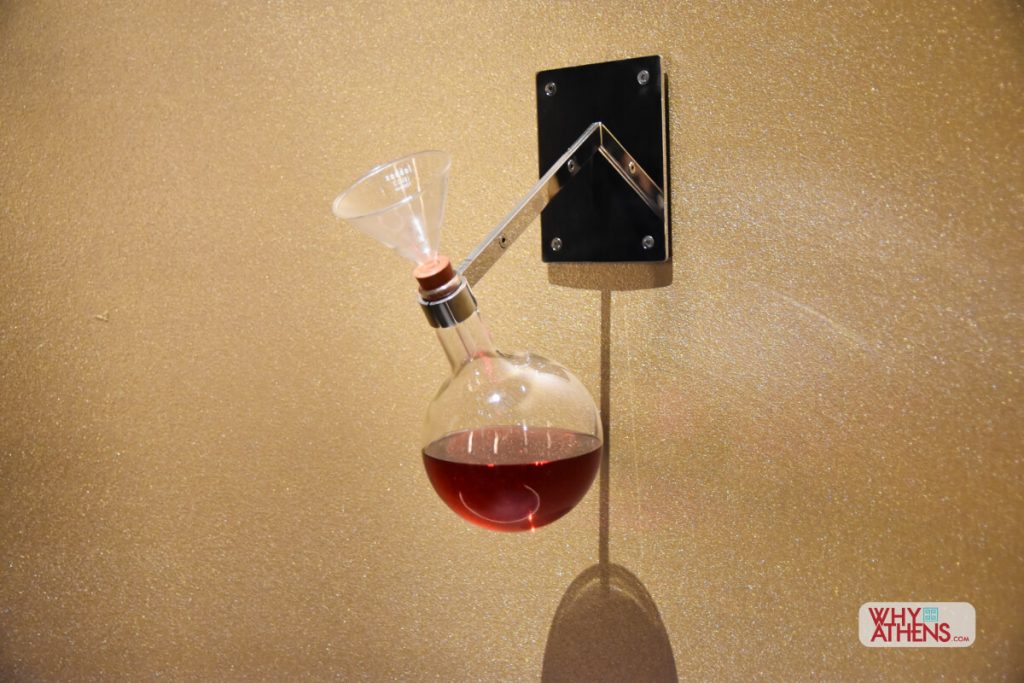 Wearing perfume or cologne is another expression of beauty that continues today. Researchers from Korres cosmetics company, took on the task of creating scented oils for the exhibition, using the same raw materials and methodologies as ancient perfumers, to provide another dimension for visitors.

Scented oils were considered valuable in ancient times, indicators of social status and used by both men and women. They were applied by athletes at sporting events and by citizens during major events including childbirth, weddings and burying the dead. The rose scent found on display, is single-dimensional, without the familiar notes that have become established in perfumery. The recipe begins with a basic method of infusion; extra-virgin olive oil and water are boiled, while at the same time ground nutsedge (sourced from the island of Amorgos) and wine are used to make a paste. This mix of raw materials is then filtered, resulting in an oil-based solvent with the scent of nutsedge. The next step adds rose oil (in ancient times they would have used fresh rose petals) for fragrance and powdered alkanna root for a more intense colour.

The National Archaeological Museum is the largest museum in Greece. Although its original purpose was to secure finds from nineteenth century excavations in and around Athens, it gradually became the central National Archaeological Museum and was enriched with finds from all over Greece. Its abundant collections, with more than 11,000 exhibits, provide a panorama of Greek civilisation from the beginnings of prehistory to late antiquity.