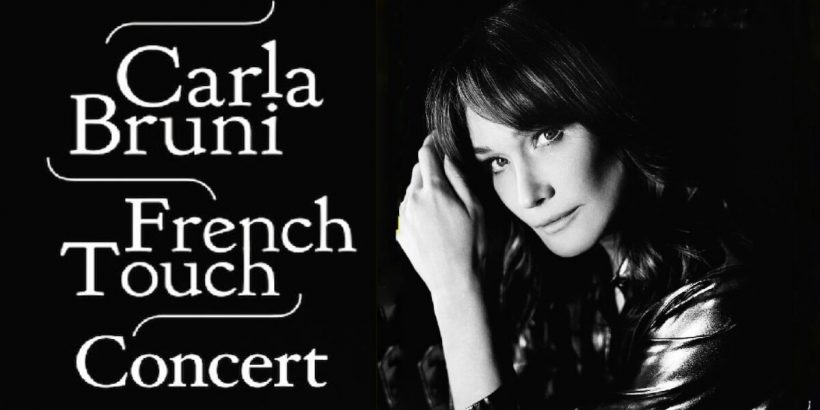 The former first lady of France, Carla Bruni begins her world music tour in Athens, giving two performances at the iconic Pallas Theatre in Syntagma. “French Touch” is the title of Bruni’s new album (to be released in October) and contains a collection of adaptations of well-known songs in English produced by the legendary producer, composer and musician David Foster.

The first single “Enjoy the Silence” was the classic song released by Depeche Mode in 1990. Carla Bruni, describes these songs, “as we would hear a quiet night, some sweet moments, that’s my dream, how people will listen to my music when they relax and fall in love. ”

Bruni will perform songs from her new album along with other popular tracks. She will be accompanied on stage by: Taofik Farah on guitar, Cyril Barbessol on keyboard, Nicolas Didier on percussion and Johanne Mathaly on cello.

Carla Bruni writes and performs songs. She released her first album «Quelqu’un m’a dit» (Someone Told Me), in 2002 and has since released another three successful albums, with “No Promises” in 2007 “Comme si de rien n’etait” in 2008 and “Little French Songs” in 2013.