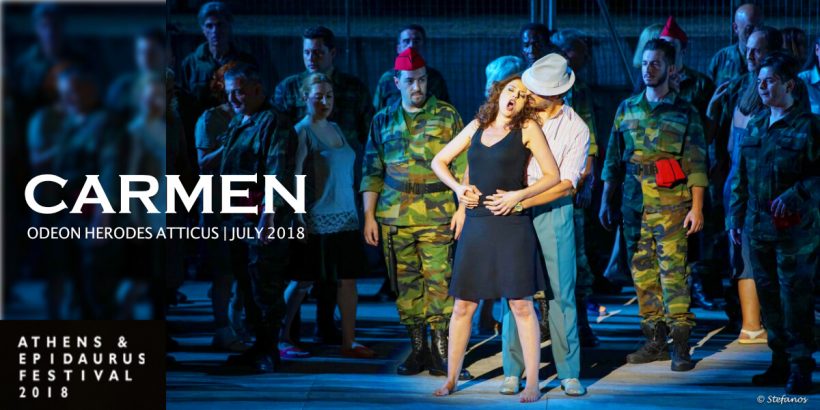 Carmen by the Greek National Opera | Photo: Stefanos
Where: Odeon of Herodes Atticus
When: 27, 28, 29, 31 July 2018
Why Go: See a modernised version of this classic opera

Symbolizing love and liberty, the most popular opera in the French repertoire, Carmen, is brought back to the Odeon of Herodes Atticus for this years Athens and Epidaurus Festival. Presented by the Greek National Opera, the four night season in July 2018 is directed by acclaimed British director, Steven Langridge who is currently artistic director of the Gothenburg Opera. 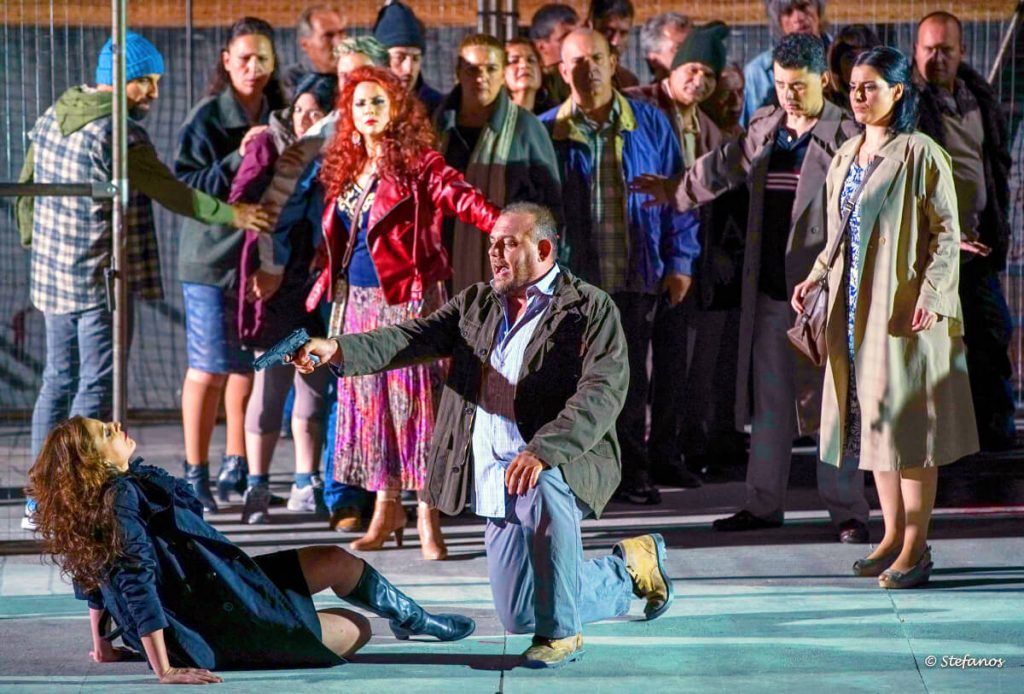 Langridge’s Carmen, was first presented at the Odeon in 2016 and is a modern, sharp take of the opera that is relevant to our times. Set in contemporary Europe, a continent of closed borders and poverty. Aided by Giorgos Souglidis’ impressive costumes and sets, Giuseppe di Iorio’s otherworldly lighting and Tomas Bergman’s atmospheric projections, Langridge creates a contemporary yet timeless universe for the iconic story of Carmen.

Carmen was written in the genre of opéra comique over four acts by French composer Georges Bizet in 1875. The libretto was written by Henri Meilhac and Ludovic Halévy, based on a novella of the same title by Prosper Mérimée. The opera is written with musical numbers separated by dialogue. Set in southern Spain it tells the story of the downfall of Don José, a naïve soldier who is seduced by the fiery gypsy Carmen.

CARMEN at the Odeon of Herodes Atticus