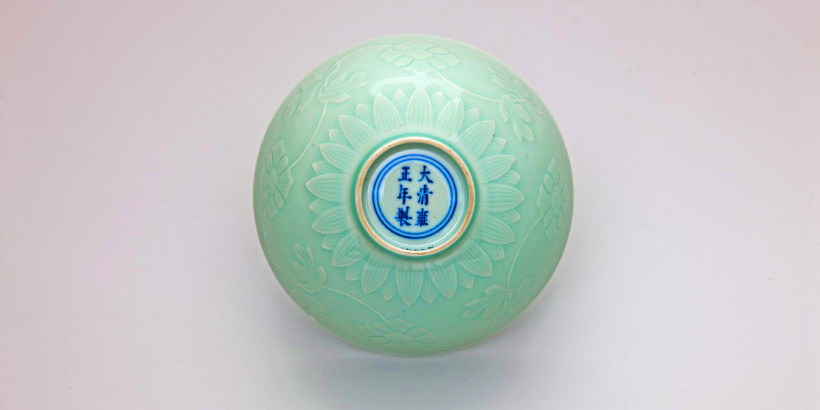 Incised and moulded porcelain; inscription: ‘Made during the Yongzheng reign of the great Qing dynasty’ Jiangxi, Jingdezhen; Qing, Yongzheng (1723–1735). Photograph: courtesy of The Benaki Museum
Where: Benaki Museum
When: 8th June – 4th September 2016
Why Go: A rare look at a former private collection of Chinese ceramics

For the first time in 35 years, the Benaki Museum in Athens presents highlights from its permanent collection of Chinese ceramics. 90 masterpieces of ceramic art will go on display at the museum’s flagship building in Kolonaki. Donated by British banker George Eumorfopoulos who was of Greek heritage and an avid art collector of Chinese, Korean and Near Eastern art. Eumorfopoulos donated some 800 pieces to the museum between 1927 and 1936.

The exhibition concentrates on imperial China, exploring the social, economic and artistic evolution from the Han dynasty (3rd century BC – 3rd century AD) to the last Qing dynasty (17th – 20 century AD). The collection also highlights the global significance of Chinese civilisation and its contact with the Western world throughout the 14th – 20th centuries.

Curated by: George Manginis, University of Edinburgh, research associate of the Benaki Museum.

Chinese ceramics at the Benaki Museum