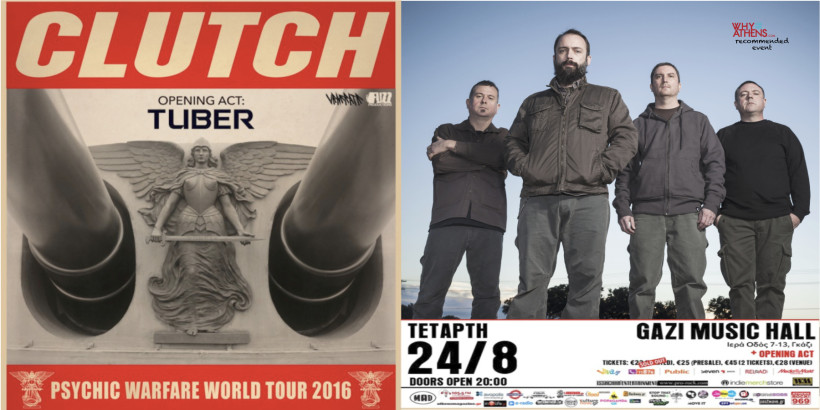 Where: Gazi Music Hall
When: 24th August 2016
Why Go: To see one of the best rock bands of the decade - LIVE

As part of their ‘Psychic Warfare World Tour 2016’, American rock band Clutch returns to Athens for one night only. Performing songs from their hit albums Pure Rock Fury (2001) and Blast Tyrant (2004), as well as from their more recent album Psychic Warfare which has been placed among the best albums of 2015. The emerging Greek band Tuber will open the concert.