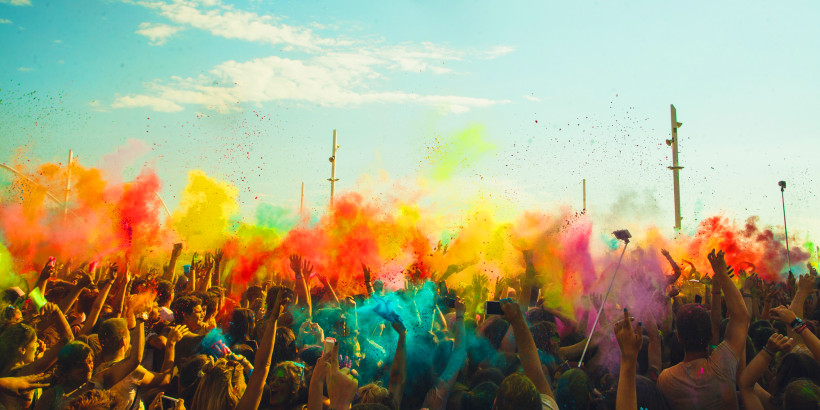 Music and colour fill the sky at the Colour Day Festival. Photograph: courtesy of Skull Productions
Where: Olympic Athletic Centre of Athens
When: 18th June 2016
Why Go: To experience the most colourful day of the year in Athens

It’s set to be a colourful day this June at the Colour Day Festival 2016 which returns to Athens for its second year. With a line up of notable Greek DJs and hosted by Greek TV presenter, Dimitris Ougarezos this popular event is expected to attract more than its 32,000 people last year. The sky will become a myriad of colour thanks to the 150,000 colour bags which are distributed at entry to the event. These clinically tested bags are filled with a colourful dust that is made of rice flour, is safe for human contact and not damaging to the environment.

A portion of the proceeds will be given to ‘The Smile of the Child‘, a non-profit voluntary organisation focused on children’s rights.


N.B. Colour bags are said not to disturb those with allergies or asthma and is easily removed with water. For further information E. [email protected]

*The event will proceed in wet weather. In bad weather conditions, it will be held on Sunday 19th June