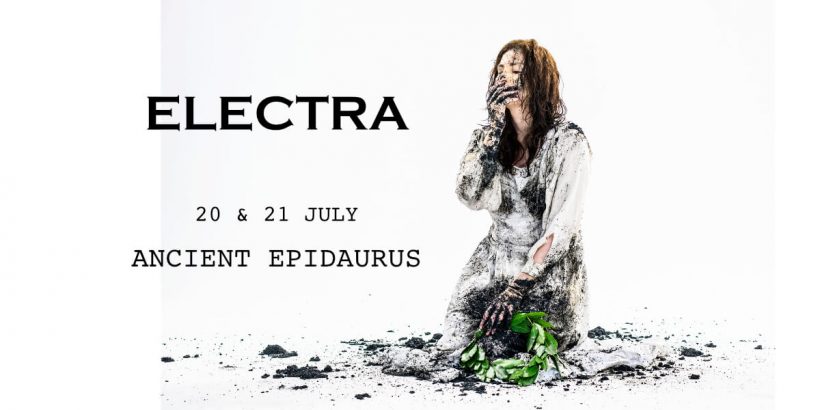 Where: Ancient Theatre of Epidaurus
When: 20 & 21 July 2018
Why Go: See Electra performed at an iconic ancient Greek theatre

This presentation of Electra forms part of the Athens and Epidaurus festival programme for 2018. Written in the shadow of the Peloponnesian War, Electra is one of Sophocles’ most brutal plays. From the very first scene, the return of matricide Orestes, to the final scene with the victorious battle cries of the chorus, the entire play is structured as an interplay of light and darkness; a battle of contradictions built around a trial, a violated balance and the need to redress this imbalance.

Sophocles invites us to watch the workings of the natural world, the law of retaliation, through the lens of civil conflict. He is not interested in the morality of the issue at hand. Whether balance will be restored in a peaceful or violent manner is irrelevant. Violence pervades human relationships. Violence breeds violence: wrongdoing invites retaliation. The fact that revenge here, in the form of matricide, goes far beyond what is normally expected in a so-called civilised society is also irrelevant. Sophocles’ Electra calls for retribution rather than for justice.

GETTING TO THE PERFORMANCE

Epidaurus theatre is located at Palea Epidaurus in the region of Argolis. It is approximately a two hour drive from Athens. Why Athens offers transfers to the theatre and back to the centre of Athens exclusively on performance nights (June – August 2018) for 55 euros per person return. BOOK YOUR TRANSFER HERE and enjoy an ancient Greek play under the stars in Epidaurus. LIMITED SEATING AVAILABLE.

The Epidaurus programme for 2018 falls under the overarching theme of “Polis and the Citizen.” It is closely connected to contemporary life in Greece and the Greek crisis. The tragedy genre easily explores the concept of the crisis through the tension between individuals and society. The festival is particularly interested in approaching tragedy as a “study of civic crisis.”

The ancient theatre of Epidaurus is regarded as the best preserved ancient theatres in Greece and famous for its perfect acoustics. Constructed in the late 4th century BC, it has a capacity of more than 12,000 spectators.