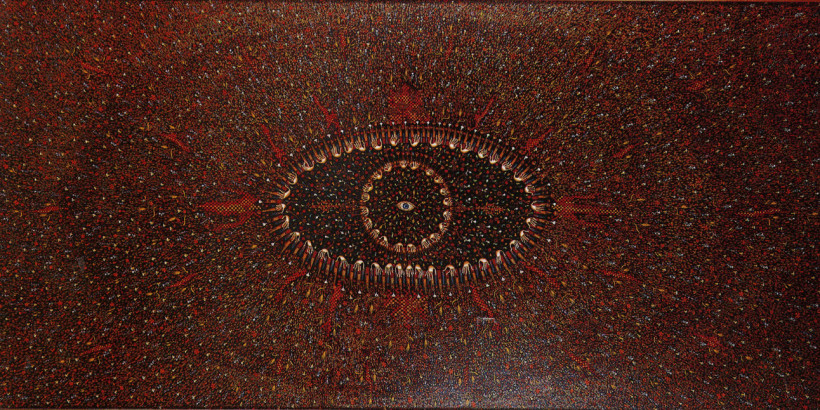 The Benaki Museum presents a collection of work from Greek artist Ioannis Mitrakas. As one of the most highly regarded Modern Greek painters, Mitrakas draws his inspiration from Greek history particularly Christian Orthodox art. Eighty five works will be presented for the first time at the Benaki’s flagship museum, showcasing both his religious and secular works. He brings a contemporary narrative to an ancient genre and style. As an accomplished artist, his works are broadly hosted in private collections and in art galleries around the world. Mitrakas was born in 1936 to refugee parents in Evros and made his first artistic appearance in 1970. Throughout his career, his awareness of folk art, science and his affection towards the human emigration experience, offered him a wider thematic range and was reflected in his painted characters; from idealistic heroes, saints and spiritual figures to those of science and Greek tradition. He contributed to decorating the frescoes at St. Paul’s church in the Orthodox Centre of the Oecumenical Patriarchate in Chambesy, Geneva.