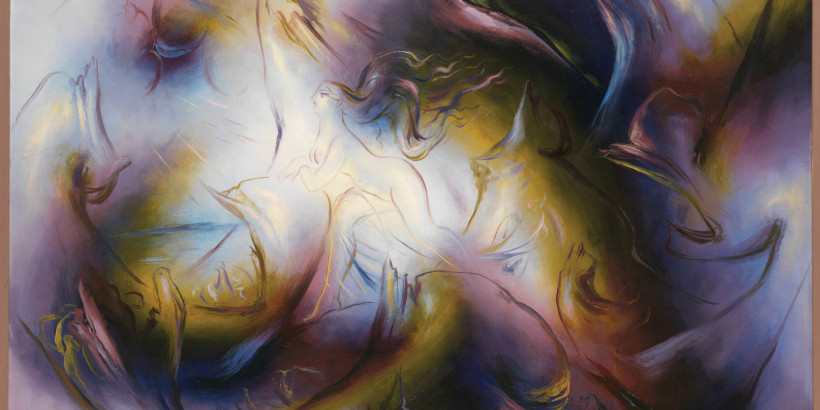 The Theocharakis Foundation presents legendary artist Giorgios Gounaropoulos and the ‘Poetry of Symbolism,’ an exhibition encapsulating his work from 1912 – 1976.

More than 80 works will go on display, marking Gounaropoulos’ expansive career. Having lived through two world wars and experiencing tremendous political change, his works were dreamy lyrical departures from the harsh realities of war. He was initially influenced by impressionism and later became renowned for his own personal surrealistic style. He was awarded a Guggenheim Fellowship in 1958. His work has been shown in various international galleries including, Salon National des Beaux Arts, Salon d’ Automne, Salon des Independants (1924), as well as Galerie Vavin-Raspail. The Gounaropolous Museum in Athens was founded in 1979 in his honour and housed in the artists’ home and atelier. It includes a permanent collection of his work.

Giorgios Gounaropoulos: The Poetry of Symbolism