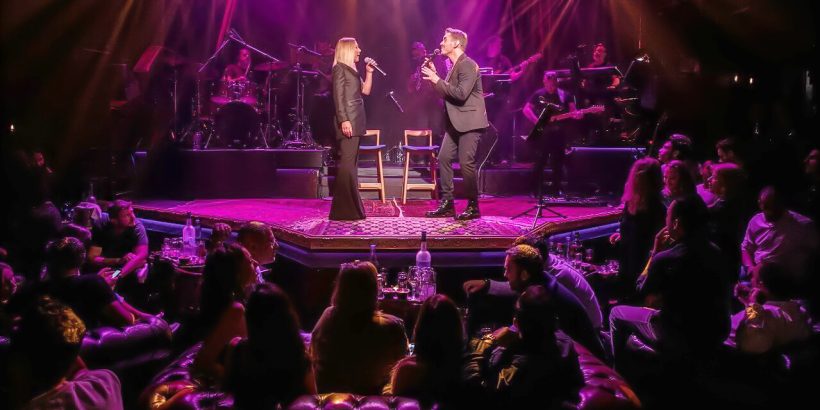 Melina Aslanidou and Michalis Hatzigiannis at Hotel Ermou. Photograph: courtesy of Hotel Ermou
Where: Various locations around Athens
When: TBA
Why Go: Experience the latest in modern Greek music LIVE

Greek music lovers will be able to see their favourite singers at some of the city’s best “bouzoukia” and music venues around town.

Performances start late (such as 11:00pm or later) and finish even later (such as 3:00am). A night out at the bouzoukia is a high energy, flower throwing affair. If you want a seat and table, it’s best to book in advance. There is no age limit of who attends and you will see locals from 18 to 80 years depending on the artist.

Here’s our curated guide of Greek singers performing in Athens in the coming months.

Why Athens Tip: More performances will be announced in the weeks leading up to each month. Let us know when you’re coming to Athens by joining our mailing list here and we’ll keep you up to date each month as acts are announced.

** Note as a precaution for the Coronavirus, all performances in Athens for May 2020 have been suspended until further notice. New dates are TBA by each venue. Please check back here for new dates from June 2020. ** 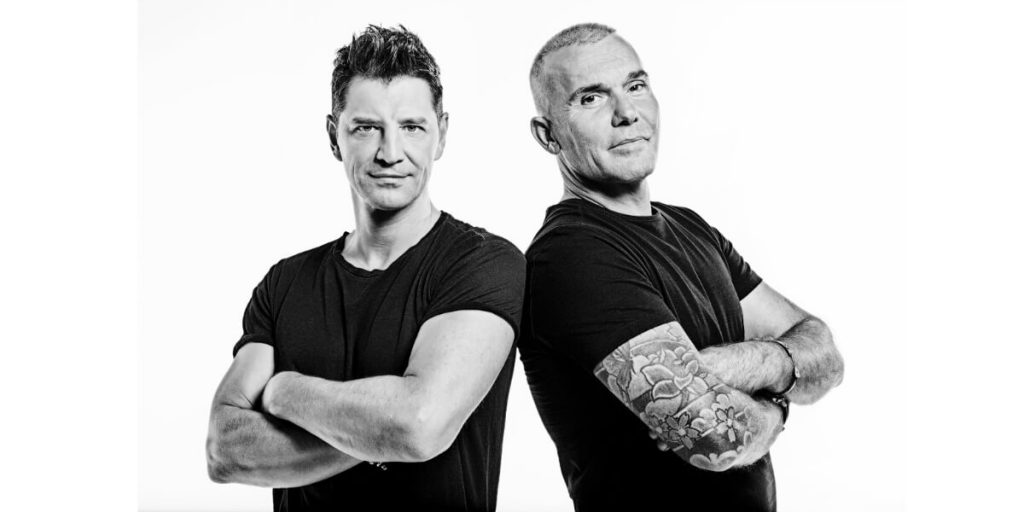 Sakis Rouvas and Stelios Rokkos are performing together at Estate in Athens.

Greek pop singer, Sakis Rouvas teams up with singer/songwriter Stelios Rokkos for their second season together on the Athens circuit. They’re joined by Greek-Swedish singer Elena Paparizou to kick off the winter season at Estate Nightclub in Athens.

When: Friday and Saturday night in March 2020 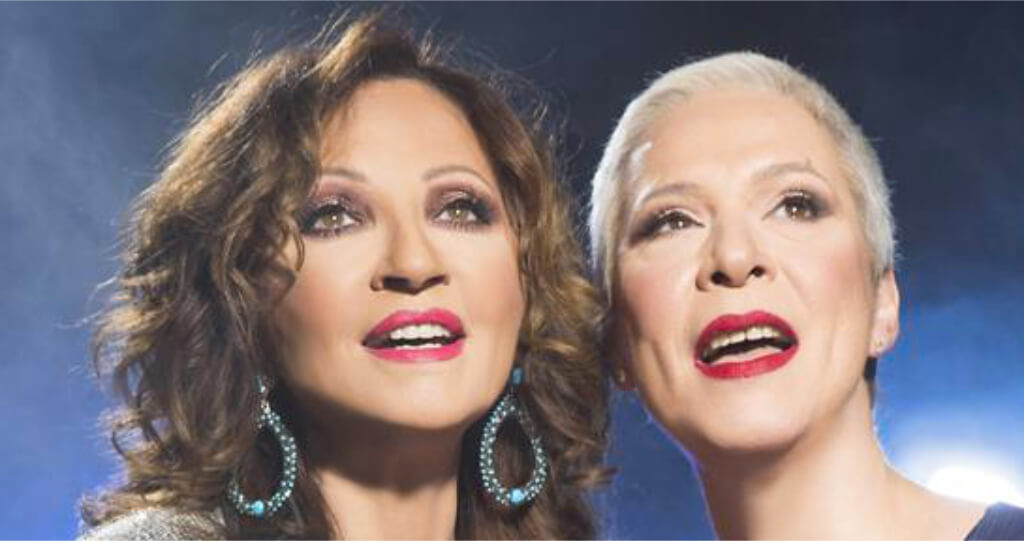 Two powerful performers, Glykeria and Melina Kana meet on stage in a rare collaboration to perform popular songs from their extensive careers, as well as present a musical programme paying tribute to contemporary Thessaloniki artists Christos Nikolopoulos, Stavros Kougioumtzis, Manolis Rasoulis, among others. 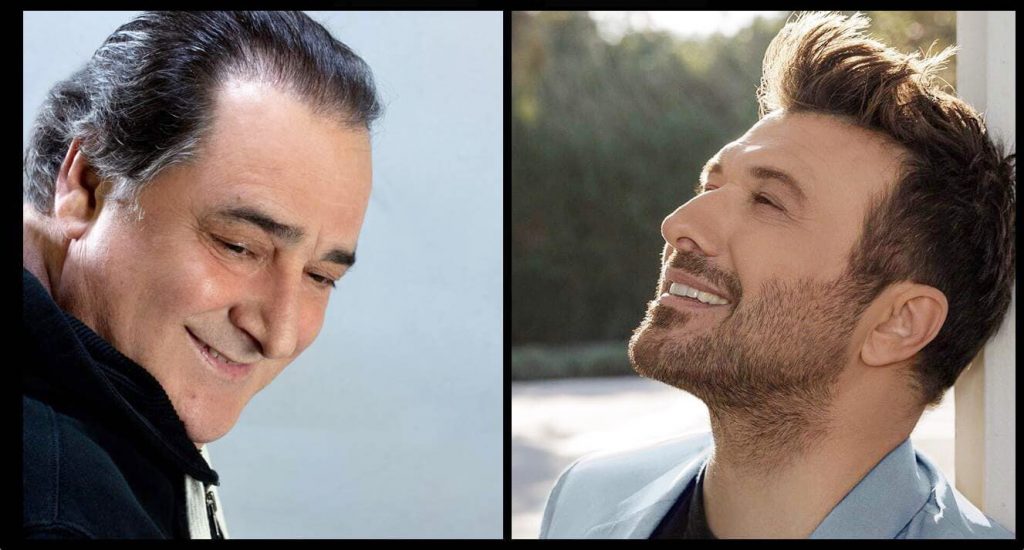 Vasilis Karras and Yiannis Ploutarhos will perform together each weekend in Athens.

Join Vasilis Karras and Yiannis Ploutarhos for an electrifying performance of live Greek music. Karras and Ploutarhos are among Greece’s most popular artists with widespread appeal and numerous decades in the Greek music scene.

When: Every Friday & Saturday night in March 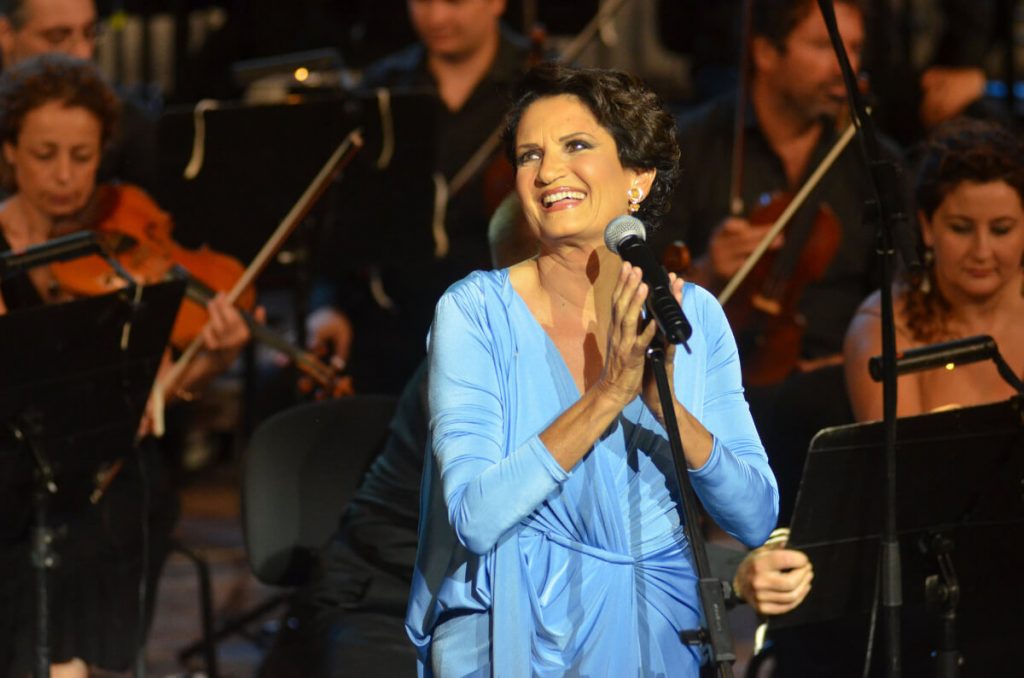 A perfect way of exploring the music and culture of Greece with the legendary performer Alkistis Protopsalti at the Megaron Concert Hall in Athens over three nights in March. Protopsalti sings songs from the East and collaborates with Greek composer Andreas Katsiyannis and the Estudiantina Orchestra of Nea Ionia. 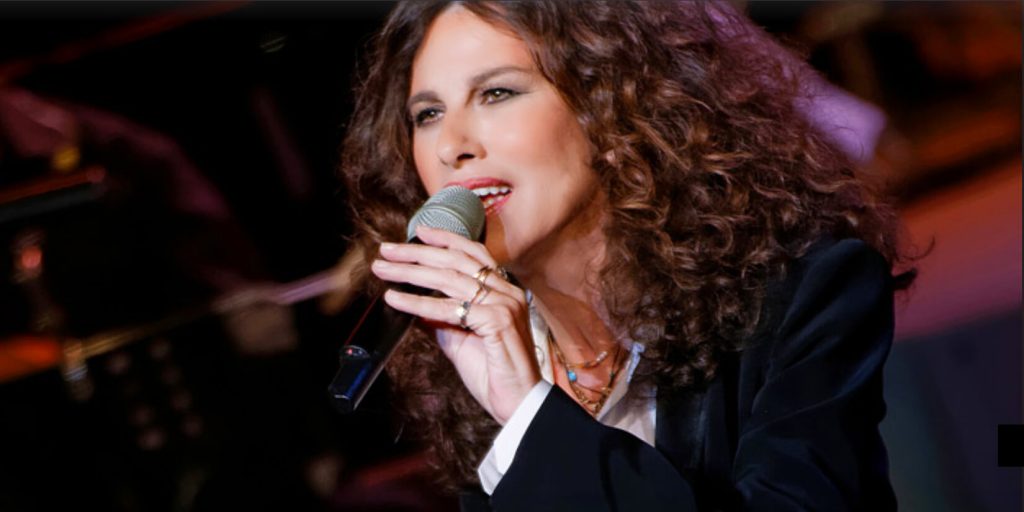 Since the start of her career, legendary Greek songstress Eleftheria Arvanitaki has set poetry to music, interpreting works by Sappho, Maria Polydouri, Kostas Karyotakis and others. She has collaborated with several great composers including Nikos Mamangakis and Ara Dinkjian. Her work has reached wide audiences in Greece and around the world through her unique voice and music. This March she presents songs from her latest album “The Great Journeys”.

Every Friday & Saturday night in March 2020 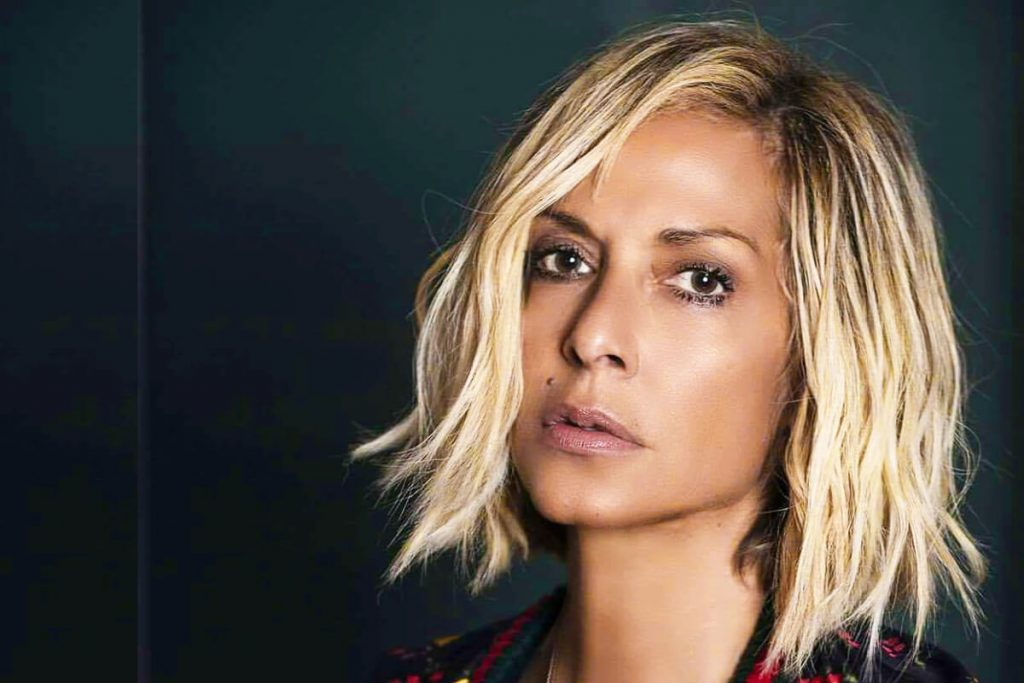 Anna Vissi, also known as the “ultimate Greek star” will return to Hotel Ermou in central Athens where she commands the stage each winter. With her band of talented musicians, Vissi will present a unique set list of her biggest hits and new compositions.

When: Every Friday & Saturday night in March | Starts from 10:30pm 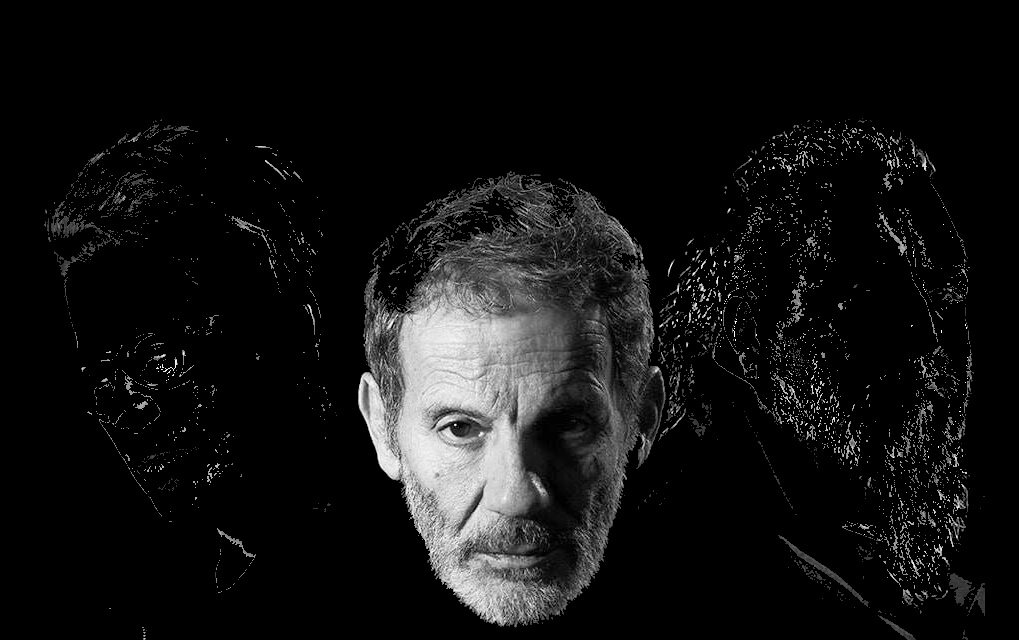 A rare journey of sound and emotion from Xarhakos’ own musical works, along with select songs from other notable Greek composers including Manos Hatzidakis, Mikis Theodorakis, Vasilis Tsitsvas and Vasilis Tsitsanis.

Every Saturday night in March 2020 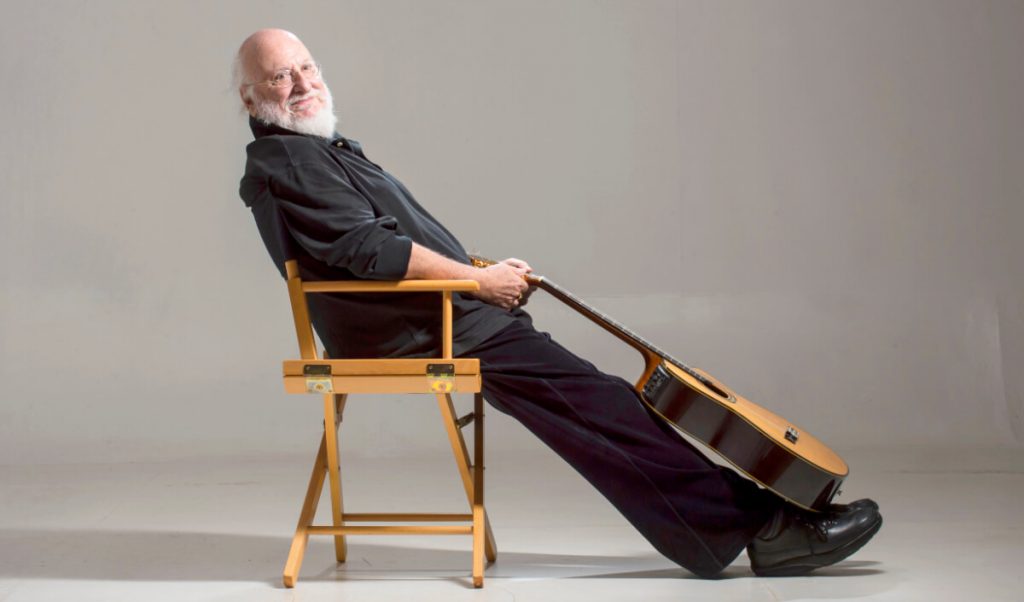 With a career spanning 50 years, prominent Greek singer and songwriter Dionysis Savvopoulos will perform at the newly restored performance venue ‘The Alsos’. His repertoire for the evening is a collection of music from the time of Woodstock which influenced him over his long career. He will be accompanied by musicians Yiotis Kiourtsoglou and Stavros Latsias.

When: Every Saturday night in March 2020

Every Friday & Saturday night in March 2020 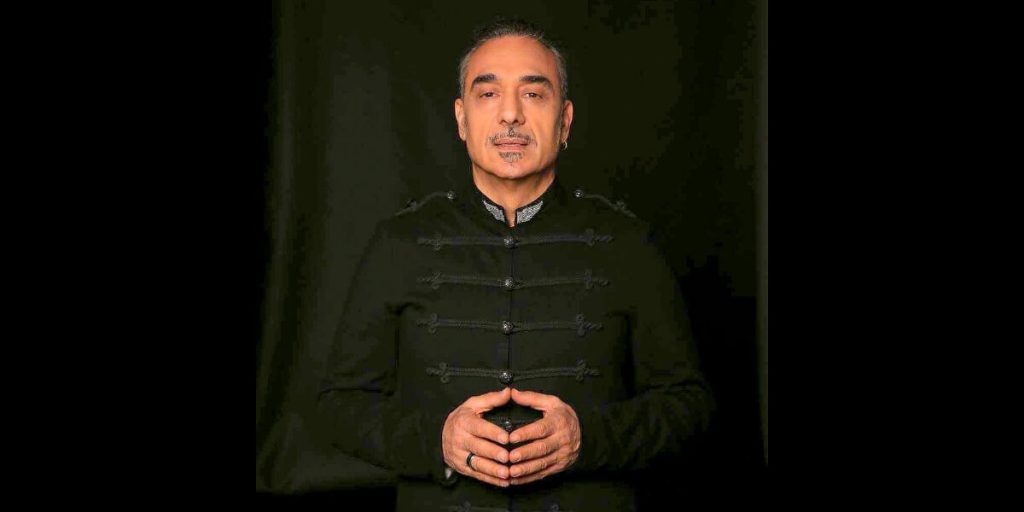 Notis Sfakianakis and Stamatis Gonidis, meet at the Votanikos nightclub. Panagiotis “Notis” Sfakianakis is a popular Greek folk singer and one of the most commercially successful artists in Greece. With a string of hit records throughout the 1990s, Stamatis Gonidis is heralded for his with powerful interpretations and performances of folk music.

When: Every Friday & Saturday night in March 2020

Every Saturday and Sunday night in March 2020 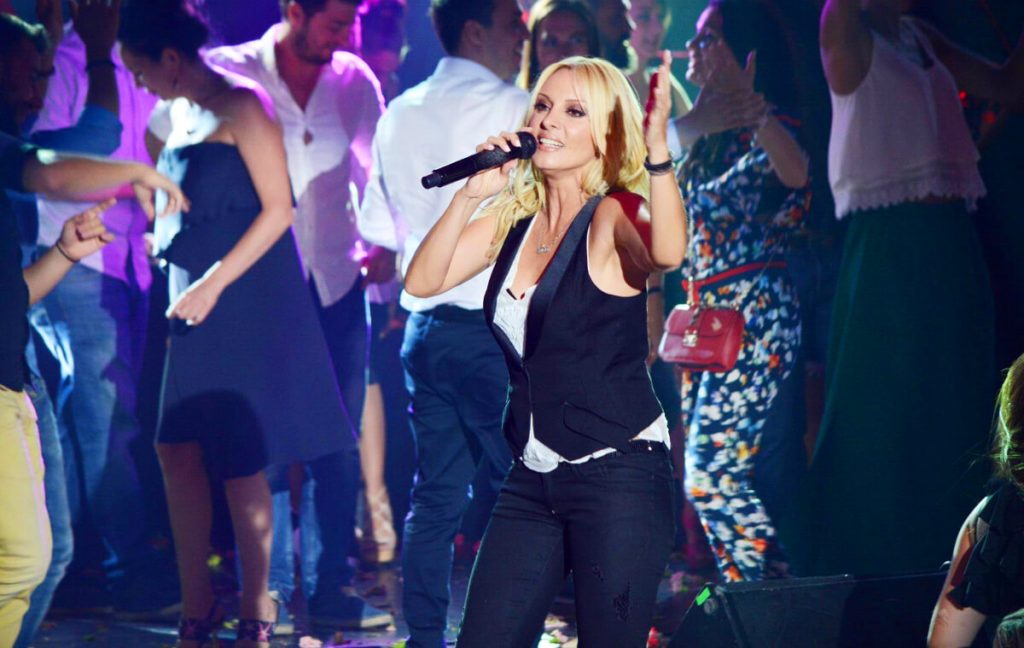 Popular Greek singer, Peggy Zina, is considered to be an important contemporary artist of the “laiko” genre. Zina has released more than 10 studio albums with nine platinum and two gold records and will perform solo at the Fos Nightclub in Athens each Saturday and Sunday evening in winter 2020.

When: Every Saturday and Sunday night in March 2020 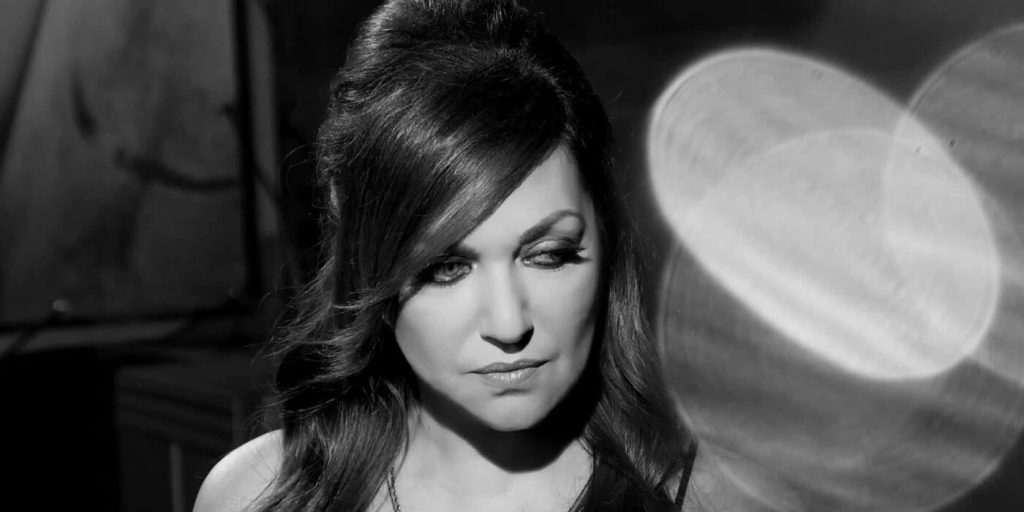 Kaiti Garbi has spent more than 30 years at the top of the Greek music scene. Her extensive career is marked by several multi-platinum releases and a string of hit songs. She is heralded for her powerful musical interpretations and performances. She takes on a winter residency in Athens for the 2020 season with local favourite George Sampanis every Friday and Saturday evening.

When: Every Friday and Saturday night in March 2020

Every Saturday night in March 2020 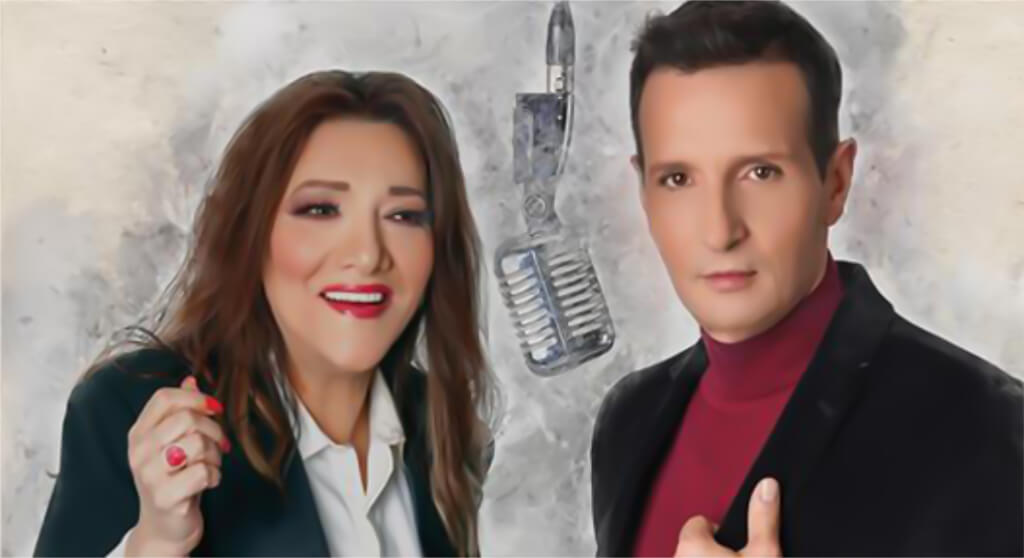 Two renowned Greek performers, Eleni Vitali and Dimitris Basis, meet on stage for the first time, presenting a programme of modern and classic Greek songs that will take audiences through the whole spectrum of folk and artistic music.

Accompanied by an orchestra of ten musicians.

When: Every Saturday in March 2020

Every Wednesday night in March 2020 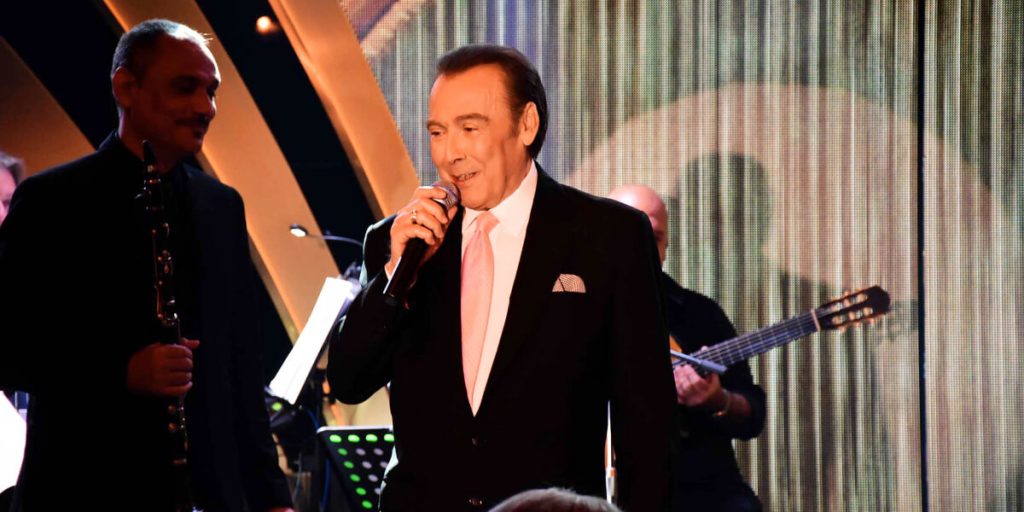 Celebrating his 60+ year career, music veteran Apostolis ‘Tolis’ Voskopoulos will perform in Athens, accompanied by two outstanding soloists in the atmospheric surrounds of one of Athens’ oldest music halls.

When: Every Wednesday night in March 2020

ARE YOU COMING LATER IN THE YEAR?

The Greek Singers you missed recently in Athens

YIANNIS PLOUTARCHOS & MELINA ASLANIDOU – Popular Greek singer and songwriter, Yiannis Ploutarchos drew huge crowds throughout the winter at the Fotaerio Nightclub in Gazi. Considered one of the most popular “laiko” singers of his generation, his deep voice is attributed to having a genuine “laiko” sound. Ploutarchos was joined on stage by Greek pop singer Melina Aslanidou.

NOTIS SFAKIANAKIS & KAITI GARBI – Notis Sfakianakis and Kaiti Garbi, met at the AKROTIRI nightclub for summer performances along the coast of Athens. Panagiotis “Notis” Sfakianakis is a popular Greek folk singer and one of the most commercially successful artists in Greece. With a string of hit songs, Kaiti Garbi is heralded for her powerful musical interpretations and performances.

LAIKA is urban folk music or Greek pop which makes up the majority of Greek mainstream music.

REMBETIKA in simple terms is the Greek blues. It is traditional music of the late 19th century where the basic instruments are the bouzouki, Greek baglama and tzouras.