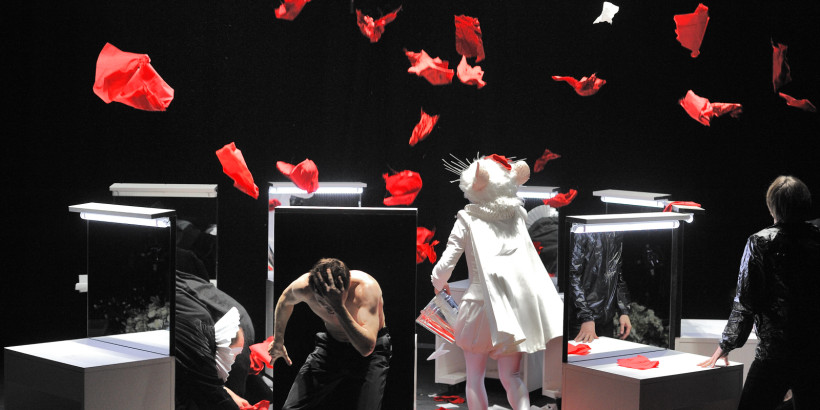 A modern day performance of Hamlet. Photograph: Dmitrij Matvejev, courtesy of AEF
Where: Pireos 260
When: 25th - 26th June 2016
Why Go: To see a modern day interpretation of a classic Shakespearean story

As part of the Athens festival, award-winning Lithuanian director Oskaras Koršunovas presents a modern production of Hamlet, the classic Shakespearean story of the prince whose father was murdered by his uncle and took the throne. This contemporary interpretation differs from the original text where Hamlet’s soliloquies are not featured, as the character is never alone on stage. The flow and pace of the play is continuously intermittent. Koršunovas poses the questions “Who are you?” followed by “Who am I?” which he also asks as a way of examining and deconstructing contemporary theatre as well. The set carries this theme of self-examination further, with mirrors and shadows cast around the stage. An almost back stage performance appears with dressing rooms forming part of the set and actors applying and removing make-up on stage.