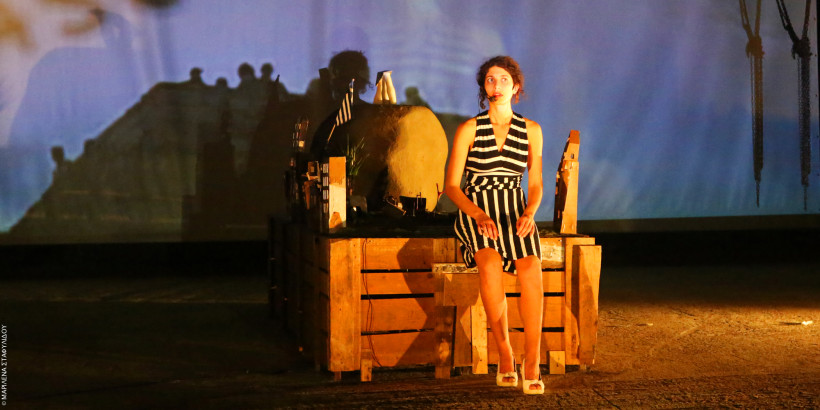 Photograph: Elli Papakonstantinou, courtesy of AEF
Where: Pireos 260
When: 15 - 16th June 2016
Why Go: To see an audio-visual performance with live music

After a successful tour in Europe including Barcelona, Vienna and Zagreb, Elli Papakonstantinou and her company ODC Ensemble presents the audio-visual performance ‘Revolt’ as part of the 2016 Athens Festival. Dealing with the socio-political issues of Athens (in English), Revolt challenges the audience to experience the chaotic life and issues of the economic crisis. As the story unfolds, the crisis and its “secrets” unravel amid plenty of black humour to lighten the atmosphere. Related questions of the suppression of democracy and the infringement of social rights are also raised, suggesting they extend beyond Greece to Europe as a whole.

Under the direction of Elli Papakonstantinou, provocative actress Roza Prodromou performs and the work of visual artist Pantelis Makkas also features. The performance also includes texts in Greek and German.