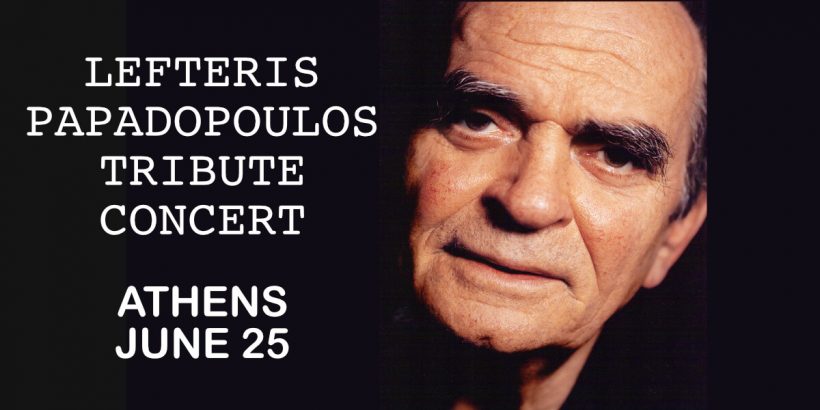 Where: Odeon of Herodes Atticus
When: 25 June 2018 (SOLD-OUT!)
Why Go: Hear popular Greek music at an iconic venue

For over half a century, the lyrics of Lefteris Papadopoulos have featured in popular Greek songs and embraced by leading Greek composers. His songs have been performed by top Greek singers, such as Grigoris Bithikotsis, Vicky Moscholiou, Stelios Kazantzidis, George Dalaras, and Charis Alexiou.

Papadopoulos was a poet, writer, journalist and lyricist who was an integral part of Greek culture for many generations. Moonlight, girls, jasmine flowers, dirt roads all featured prominently in his popular lyrics, that have been sung by Greeks continuously since 1963. The great lyricist’s songs burst with love, dreams, life, and of course, Greece.

In this tribute concert, performances by great singers and musicians will bring Lefteris Papadopoulos’ magical universe to life; a universe of the feminine mystique, given that the woman, the mother and the motherland all feature prominently in his lyrics. Leading Greek composers (Theodorakis, Loizos, Kougioumtzis, Xarhakos, Plessas, Spanos, Moutsis) have scored music to his lyrics.

THIS CONCERT IS NOW SOLD-OUT

Find more events on in Athens