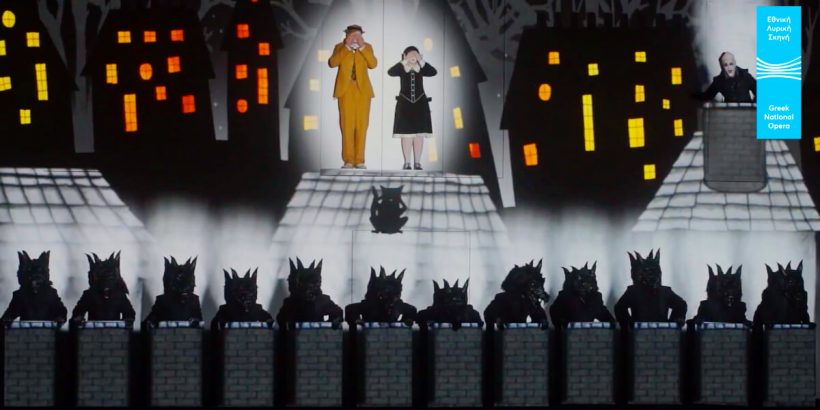 Mozart’s much loved opera, The Magic Flute, comes to the Greek National Opera in an impressive and innovative production that launched in Berlin in 2012, quickly becoming famous worldwide.

Directed by Australian artistic director, Barrie Kosky of the Komische Oper Berlin, crowds have been awed by the production’s sheer imagination and the precision with which the artists perform the dance-like directions, that merge with film animation, giving it a live spectacle feel, mixed in with cabaret and dabs of British humour and opera.

Kosky integrates animation to create an unexpected fairytale packed with colour, joy and inventive turns. The New York Times review described The Magic Flute as a production that, “points the way toward a freer, more experimental style of producing opera”.

Greek soprano, Christina Poulitsi, who has made a career for herself internationally, will play the Queen of the Night, a role that is one of the most demanding in the soprano repertoire. She has starred in tens of performances of this production worldwide, and is now a close associate of Barrie Kosky and the Komische Oper Berlin.

THE MAGIC FLUTE by The Greek National Opera