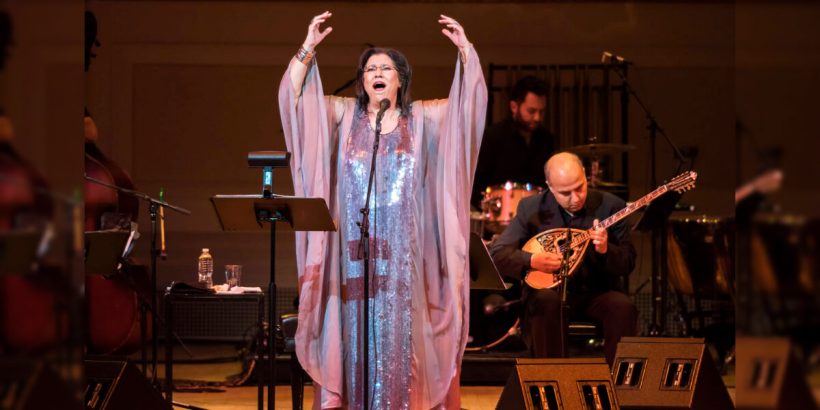 Maria Farantouri performing at Carnegie Hall.
Where: Odeon of Herodes Atticus, Acropolis
When: 10 July 2019
Why Go: For an enchanting evening of music by an iconic songstress

Legendary Greek singer Maria Farantouri performs classic songs of Greek and world cinema at the Odeon of Herodes Atticus at this year’s Athens and Epidaurus Festival in July.

The repertoire of songs to be performed acquired an independent life beyond their film life. Farantouri will be joined by two emerging singers, Thodoris Voutsikakis and Korina Legaki, accompanied by the ERT Contemporary Music Orchestra, who will be led by conductor Anastasios Symeonidis. 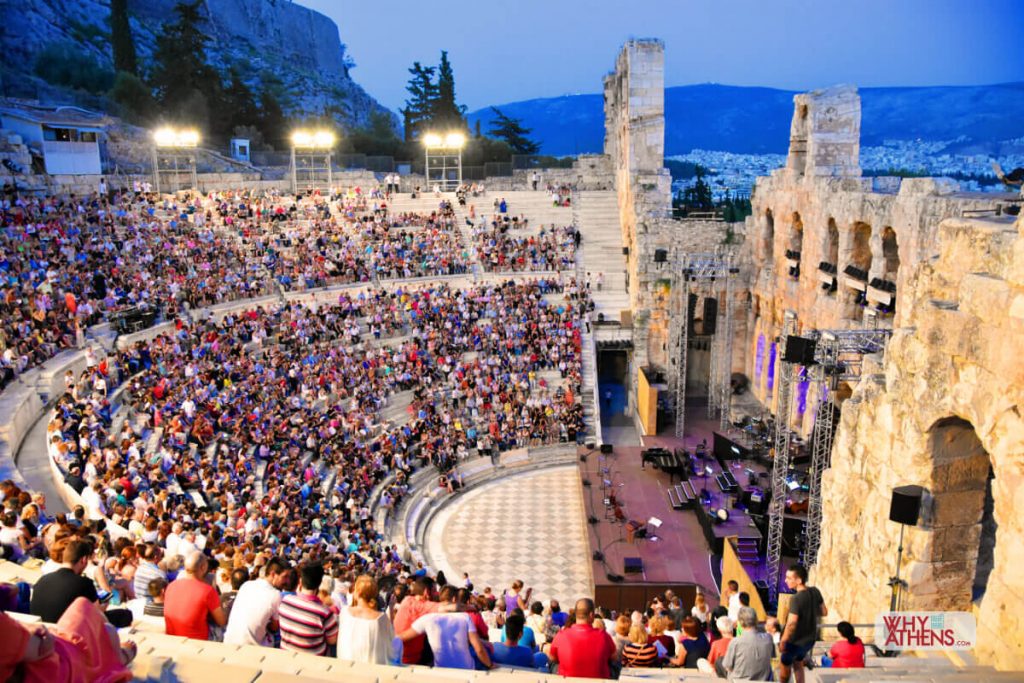 The Odeon of Herodes Atticus underneath the Acropolis will play host to Maria Farantouri. Photograph: Why Athens

It was in 1963 when Maria Farantouri became a member of Mikis Theodorakis’s musical ensemble, together with Grigoris Bithikotsis, Dora Yiannakopoulou and Soula Birbili. She encountered the magic of concert performance for the first time. During the Greek military junta (1967-1974) she recorded songs by Theodorakis as well as works by other Greek composers including Manos Hatzidakis. Her voice was heard at all important political and social events. Theodorakis’s work ‘The Hostage’ was performed at every peace demonstration, and with her militant young voice, Maria made the song ‘The Laughing Boy’ (“To Yelasto Pedi”) known throughout Greece, and eventually, the world. She is known for her deep contralto voice with a range of an octave and a half.

MARIA FARANTOURI live at the Odeon