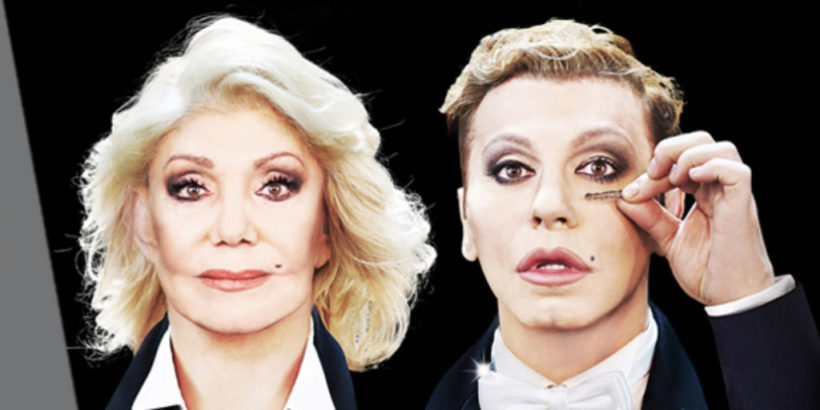 Where: Pallas Theatre, central Athens
When: 24th March - 9th April 2017
Why Go: To see two great performers on stage together

Greek songstress Marinella meets the great showman of the stage, Takis Zacharatos in what is expected to be the biggest spectacle of the new year. Accompanied by dancers and a live orchestra at the iconic Pallas theatre in central Athens.

Marinella is one of the most prolific Greek folk singers with a career spanning several decades. She has released 66 solo albums and has been featured on albums by other musicians. She is known locally as “The Great Lady of Song”.

Takis Zaharatos is a famous Greek mime artist, singer and actor, known for his imitations of personalities focusing on the Greek art scene and politics.

MARINELLA & ZACHARATOS in concert: ‘Through the Mirror’