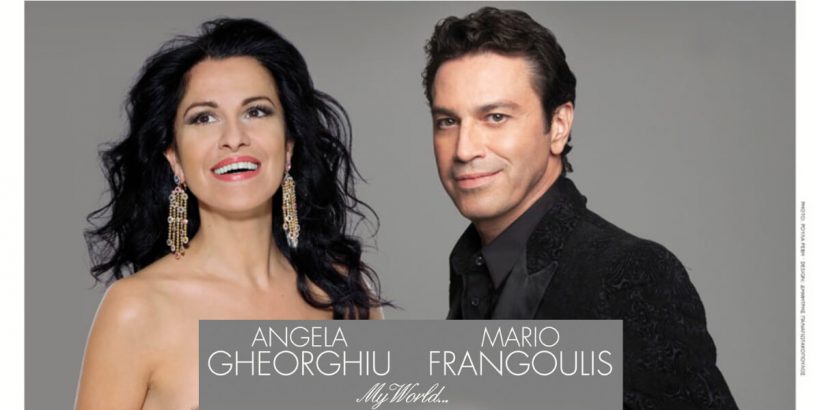 Where: Odeon of Herodes Atticus
When: 23 September 2017
Why Go: A unique musical encounter at the Odeon

The great Romanian Soprano, Angela Gheorghiu together with classical crossover artist and tenor Mario Frangoulis perform on stage at the Odeon of Herodes Atticus, under the baton of Eugene Kohn for an enchanting evening under the stars, welcoming the new Autumn season. They will perform famous arias and duets, as well as songs from the My World album.

Superstar Angela Gheorghiu, the most glamorous and gifted opera singer of our time, was born in the small Romanian town Adjud. From early childhood it was obvious that she would become a singer and her destiny was to be music. She attended the Music School and graduated from the National University of Music Bucharest, where she studied with the remarkable music teacher Mia Barbu. Ms. Gheorghiu’s magnificent voice and dazzling stage presence have established her as a unique international opera superstar.

Angela Gheorghiu made her international debut in 1992 at Royal Opera House Covent Garden with La Bohème. In the same year she made her debut at the Metropolitan Opera New York and at the Vienna State Opera.

Born in Africa and raised in Greece, Mario studied at London’s Guildhall School of Music and Drama where he was discovered by Sir Cameron Mackintosh who immediately cast him to play Marius in Les Misérables in London’s West End and soon after, he was invited by Sir Andrew Lloyd Webber to play the role of Raoul in Phantom of the Opera to great critical acclaim.