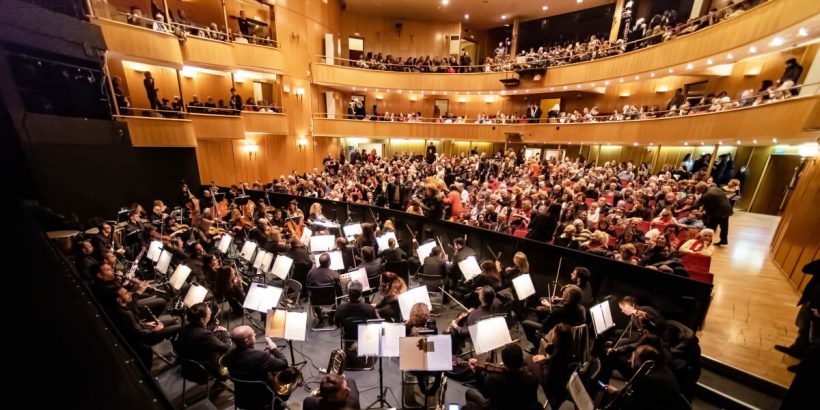 The citizens of Athens have a newly revamped venue to call their own with the reopening of the Olympia Theatre, officially known as Olympia Municipal Music Theatre, Maria Callas.

Housed inside the historic Olympia building that sits on Akadimias Street, it was home to the Greek National Opera (GNO) for more than 50 years. Left vacant after the GNO relocated to its new stage at the Stavros Niarchos Foundation Cultural Centre in early 2017, the Olympia Theatre has now reopened its doors to the public after a full refurbishment carried out by the City of Athens. 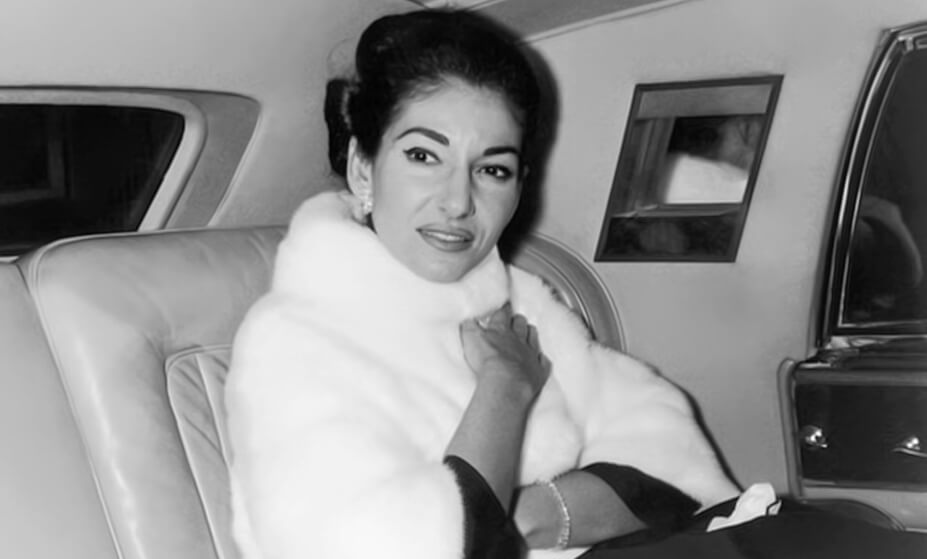 The theatre is named in honour of Maria Callas.

The theatre will house the city’s new initiative, a municipal opera and will pay tribute to the legendary Greek opera singer, Maria Callas. Several of Callas’ personal objects will be displayed and dedicated to her memory.

The Athens Big Band joins up with one of Greece’s most famous and loved pianists, composers and conductors, Dimitris Kalantzis. A classical jazz repertoire will be presented through the original orchestrations of Dimitri Kalantzi, with two singers and a vocal ensemble. A totally mainstream jazz evening, with great pieces, where dancing is not permitted but required!

An evening of music by the great Greek composer Mikis Theodorakis. Featuring Mezzo Soprano solist, Elena Papanikolaou with the Symphony Orchestra & Choir of the Municipality of Athens.

Concert with the Greek Music Workshop

The Athens Greek MusicWorkshop meets Kosta Hatzi on stage on a musical journey led by the timeless melodies of this great musician.

Tribute: France in the Municipality of Athens

France in one of its most characteristic musical eras; ClaudeDebussy: Prelude to the Afternoon of a Faun and Maurice Ravel: Concerto in G for Piano and Orchestra

The Athens’ Big Band has the pleasure of collaborating with two internationally recognised artists based in New York: vibraphonists Christos Rafaelidis and Thana Alexa in song. There will be pieces from a wider repertoire of jazz music, along with important songs that became the backbone of traditional jazz music. 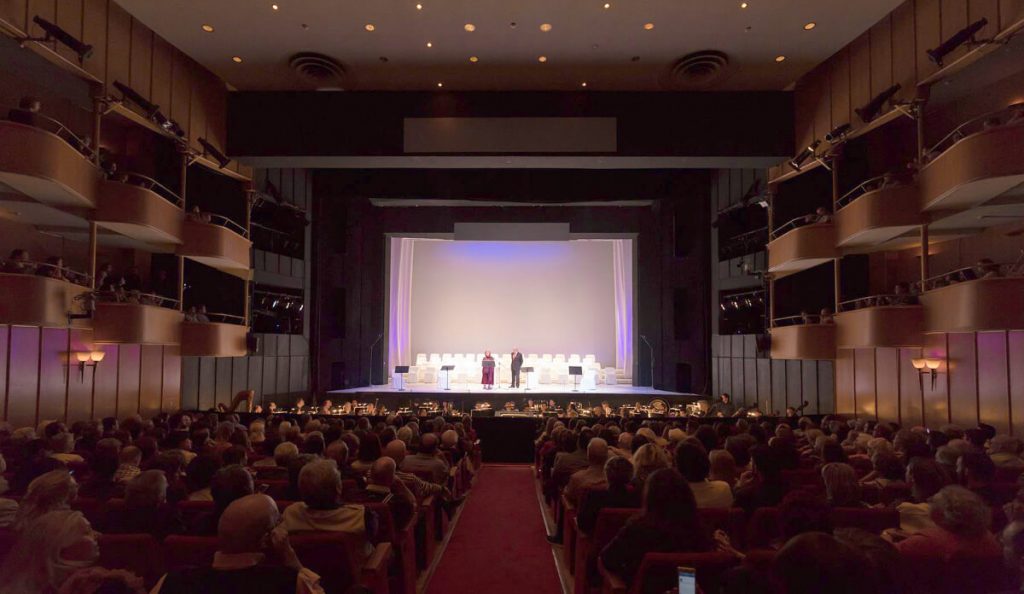 The Olympia Theatre during its final night performance of Rhea by the Greek National Opera. Photograph: courtesy of GNO

with the Symphony Orchestra and Choir of Athens

This Easter concert features Symphony Orchestra and the Choir of Athens who will present the work of distinguished contemporary Greek composer: Dimitris Minakakis. The theme of the Oratorio is the journey of Jesus Christ, starting with his triumphant beginning in Jerusalem. Audiences can expect Byzantine hymns and chants for Easter week along with original music for the “Troparion of Kassiani” – a rendition of the poem by Kostis Palamas.

Another Easter concert with the Greek Music Workshop under the artistic direction of Aggelos Ilias.

The Greek Music Workshop of the municipality of Athens, together with songwriter Pantelis Thalassinos, take the audience on a journey along beloved musical trails.

Tickets: Available here for this performance