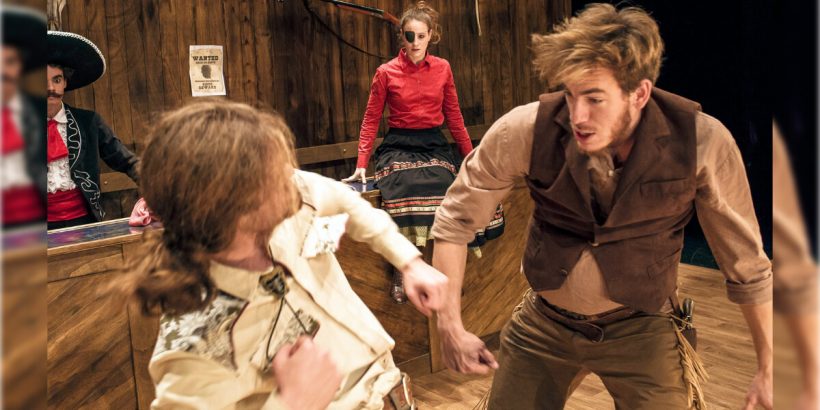 Pavol Liska and Kelly Copper, co-founders of the Obie award-winning Nature Theater of Oklahoma, take on the myth and legacy of the American Dream. Inside a Western saloon, a Mexican barman, an Austrian sales rep, the re-enactment of a peace keeping mission in Baghdad, a magic potion and some unsettlingly uplifting cowboy dances make up a zany universe, a parody of American clichés and Spaghetti Westerns. The United States’ founding document, the Declaration of Independence, defines ‘the pursuit of happiness’ as one of the ‘unalienable rights’ of human beings, which governments have been tasked to protect. But what is happiness? Into what dark corners does each of us chase it? To what lengths and wild frontiers will we go to pursue it? Will this pursuit of happiness culminate in an unseemly Hollywood blockbuster? 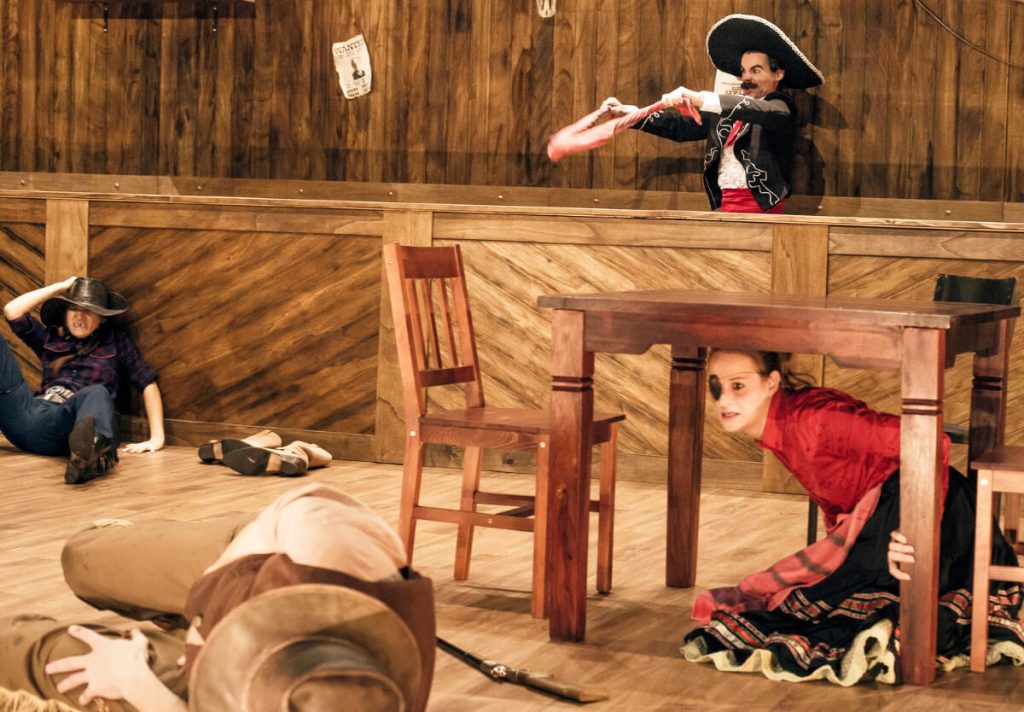 The New York-based Nature Theater of Oklahoma, named after the eponymous theatre in Kafka’s novel America, works together with six brilliant dancers of the internationally acclaimed Slovenian dance company EnKnapGroup, jointly creating a surreal folk tale about violent Western expansionism, “one of the wildest things you’ll see at the theatre this year” (NY Times). The Pursuit of Happiness is presented as part of this years Athens and Epidaurus Festival.

With English and Greek subtitles

PURSUIT OF HAPPINESS by the Nature Theater of Oklahoma